Facebook’s metaverse poses ‘terrifying dangers’ as it will ‘take control of your reality’, expert warns

FACEBOOK’S metaverse poses ‘terrifying dangers’ and needs to be policed, according to an expert.

The immersive virtual world was recently revealed as one of Facebook CEO Mark Zuckerberg’s top priorities but critics are sceptical about how good it will actually be. 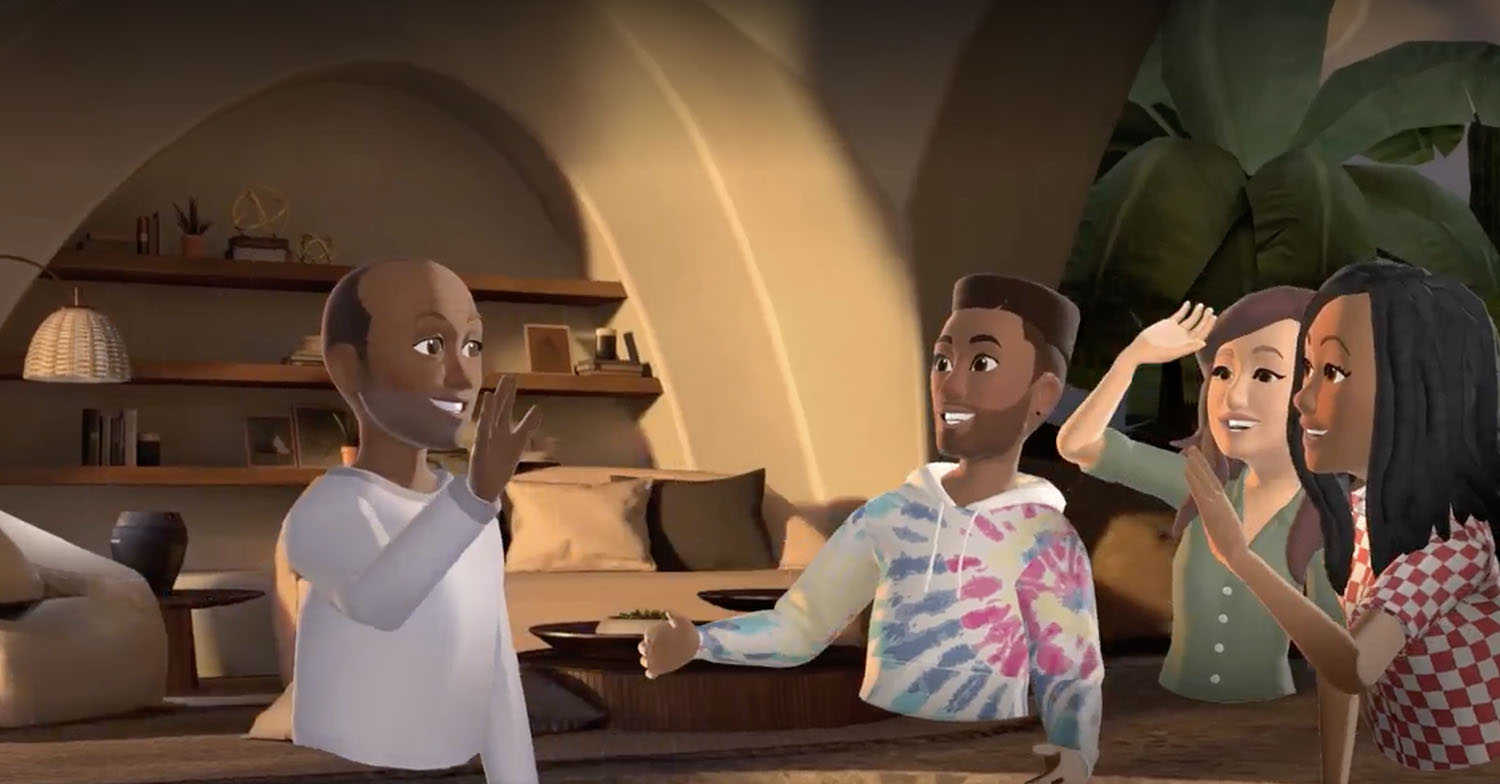 The metaverse is a virtual world where you can meet up with friends and colleaguesCredit: Facebook

Dr David Reid, Professor of AI and Spatial Computing at Liverpool Hope University, thinks it will change our lives just like the internet did.

He said: “The metaverse has huge implications – it comes with fantastic advantages and terrifying dangers.

“And we need a highly robust system in place to police the metaverse.

“We’re clearly in the very early stages but we need to start talking about these problems now before we go down a route we can’t reverse away from. It’s crucial for the future.”

Professor Reid is concerned about the vast amount of data that could be collected from the metaverse and who controls it.

He also fears that avatars could be hacked and you could end up interacting with cyber criminals rather than people you know and trust.

Reid explained: “The metaverse’s ultimate aim is not just virtual reality, or augmented reality, it’s mixed reality (MR). It’s blending the digital and the real world together. Ultimately this blend may be so good, and so pervasive, that the virtual and the real become indistinguishable.

“And the market for that is gigantic. Whoever controls it, will basically have control over your entire reality.

“Many current MR prototype systems have face, eye, body and hand tracking tech. Most have sophisticated cameras. Some even incorporate Electroencephalogram (EEG) technology in order to pick up brainwave patterns. In other words everything you say, manipulate, look at, or even think about can be monitored in MR.

“The data this will generate will be vast…..and extremely valuable.

“And that’s why we need a system in place to police it. No single company should ever exert control – it’s simply too important for that to happen.”

He suggests that the metaverse should be a collaborative effort with a standard set for everyone to follow.

Reid doesn’t think the metaverse is all bad though.

He thinks more job opportunities could be created because people could work from different cities but all meet up virtually in the metaverse.

What is the metaverse?

The definition of the metaverse really depends on how you ask.

According to the dictionary, it’s: “A 3D virtual world, especially in an online roleplaying game.”

Billionaire Facebook boss Mark Zuckerberg called it “the next version of the internet”.

He said: “This isn’t about spending more time in screens. It’s about making the time we already spend better.”

Facebook has even rebranded its parent company operation as Meta, as part of its commitment to the metaverse.

Speaking to journalists including The Sun, Meta’s VR boss Andrew Bosworth said: “The metaverse is a set of virtual 3D spaces where you can share immersive experiences with each other when you can’t be together.”

“What comes after the internet? Instead of looking at a screen, you get to be in the experiences.

If you think it all sounds very broad, you’re right. It is.

The rough idea is that it’s an internet, but immersive – so you live inside it, and interact with it.

The metaverse will have loads of experiences, including games, social networks, videos, shopping, health and fitness and more.

It already exists in some forms now – with Facebook’s Oculus VR, and games like Fortnite, Roblox and Minecraft.

Zuckerberg thinks that the true metaverse will be ready within the decade.

Tech giant Meta (formerly Facebook) has poured billions of dollars into building the “metaverse” already – and recently vowed to hire another 10,000 staff to work on the project.

Take a look at your hidden Facebook rejection folder.

Check out these four new WhatsApp features coming to the app.

THERE'S a little-known Facebook feature that can help you clear up your profile. It allows users to mute specific words...