A TECH expert has revealed some exciting hidden Google features in a popular TikTok video.

The fun tricks are also known as “Google Easter Eggs” and many people don’t realise they exist.

One of the ‘secret codes’ can make your Google Search page backwardsCredit: TikTok / @tatechtips

TikTok account @tatechtips is full of tips and tricks you’ll want to test out right away.

One video captioned “Hidden Google Tricks” has revealed how you can play ‘secret’ games and even type backwards on Google Search.

The tech expert starts the video by stating: “Let’s look through some Google secrets that they don’t want you to know.”

The first trick demonstrated in the TikTok video is what happens if you type Google backwards into Google Search.

Typing “elgoog” used to turn your Google website backwards and make it near impossible to search.

This trick no longer works on newer versions of Google but you can still try it out on elgoog.im, which restores Google Easter Eggs.

The second tip is typing in “Zerg Rush” into Google Search.

Click the top link and you should notice small circles taking over your screen and ‘eating’ away at your search results.

The idea of the game is to click all the circles to get rid of them before they take over the whole page.

As @tatechtips demonstrates, this is pretty hard to do.

The last Google trick demonstrated by the TikToker is Google Space.

Type in Google Space to Search and click the first link.

An older and very wonky Google Search bar should appear.

You can try typing in it as it moves across the screen like it’s floating in space.

This trick is more fun to look at than it is useful.

The tech Tiktoker even exclaimed: “What happens when I search results? I can’t. Okay, not sure how useful that one is.” 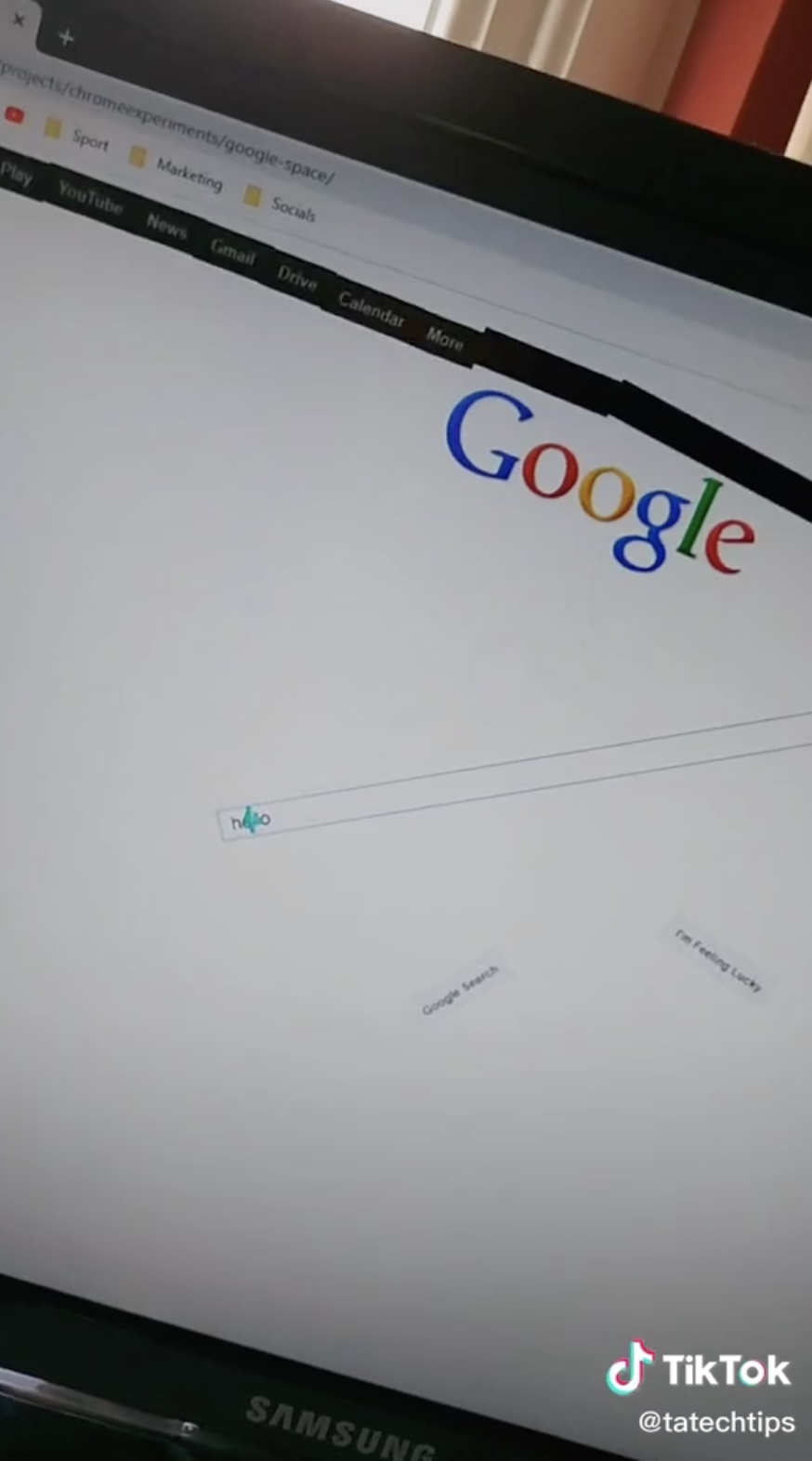 ‘Google Space’ is more fun to look at than it is practicalCredit: TikTok / @tatechtips

In other news, we revealed how to protect yourself from Cyber Monday scammers.

Android users are being warned to update their phone’s privacy settings after a new update could leave their devices vulnerable.

And, scientists are using the winds on Mars to map out the first complete picture of how it was formed three billion years ago.