NETFLIX has introduced a new “Fast Laughs” feature, which shows you short funny clips from some of its best content.

It’s similar to TikTok in the sense that it provides vertical full screen video content that you scroll through.

The aim of Fast Laughs isn’t just entertainment though.

Netflix hopes it will give users inspiration for what to watch next.

Users will be encouraged to add shows they like the look of to their Netflix watch list.

You’ll also be able to react to clips with a laughing emoji button and share them with friends on social media. 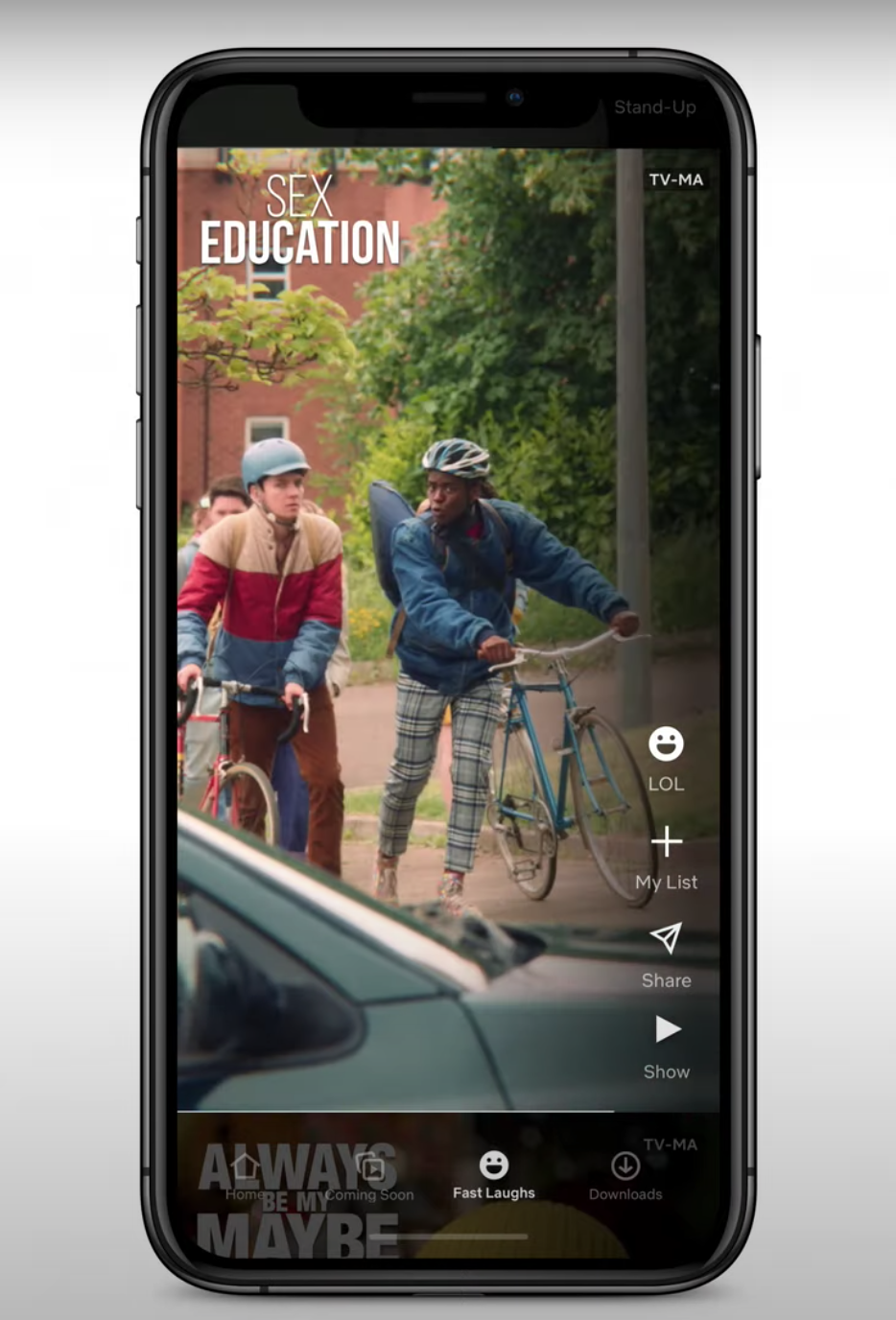 You can only react positively to the videosCredit: Netflix

Social media consultant Matt Navarra spotted the new feature on the smartphone version of the app in the UK.

It can be found at the top of the app at the start of the “Previews” section in a small circle.

If you don’t see if yet you may need to update your app.

The feature will also be rolling out in the US and other select markets.

It’s only a test at the moment so is currently only avaliable on iOS.

“A lot of our members love comedy so we thought this would be an exciting new way to help them discover new shows and enjoy classic scenes.

“We experiment with these types of tests in different countries and for different periods of time — and only make them broadly available if people find them useful.”

Use Netflix on a computer or laptop? Try these useful shortcuts

Here are some handy keyboard shortcuts…

In other news, Amazon users in the UK may not be receiving their Xbox Series X orders before Christmas, leaving many very angry.

If you have a Samsung Smart TV you can now watch 1,000 new movies thanks to streaming service Filmzie.

And, Apple has unveiled a brand new MacBook Air that’s faster and more power-efficient than ever before

Are you impressed with the new Netflix feature? Let us know in the comments…

FACEBOOOK, which owns Instagram, has made headlines this week with claims it knows the photo-sharing app has a negative impact...