Stupidest Facebook posts ever posted revealed – and everyone has same thought

A CHEEKY TikTok star has highlighted some of the dumbest things ever posted on Facebook – and some of them will have you in stitches.

Brit funnyman Luke Le Prevost shared a series of photos and comments from users who probably should have thought before they posted.

One Facebook dolt posted a photo of a bank and asked their friends why there was ‘a car inside it’ when it was in fact their own vehicle reflected off the building’s windowCredit: TiKTok

Luke, who is based in Guernsey, reacted to the foolish posts last year across a series of videos posted to his 2.3million followers.

In one balls-up, a Facebook user posted a photo of a bank and asked in a comment alongside it why there was a “car inside it”.

In fact, they had mistakenly snapped a picture of the reflection of their own vehicle in the building’s windows.

“It’s the reflection of your car,” Luke says in the video. “That’s enough for today.”

In another head-in-hands moment, a Facebooker asked whether an event for an upcoming solar eclipse could be moved to a different day.

In response, someone wrote: “Did this lady just ask to reschedule the sun?”

Other silly moments giggled at by the comedian included a photo of someone filling up their car with cooking oil, and a dolt confidently writing “there is no I in happyness” (it’s spelt “happiness”).

In the comment section beneath the videos, users reacted in delight to Luke’s discoveries.

One TikToker joked: “How do some people get through life?”

Another wrote: “I love how you’re explaining it for those who don’t get the stupidity.”

Earlier this month, The Sun debunked a claim made by one user who said they had discovered an easy way to view who’s stalking you on the app.

In a video, user @annielydia falsely claimed that the profiles snooping on you most are those that appear in Facebook’s “suggested friends” section.

Facebook’s suggested friends tool flags the profiles of people you might know. It uses a multitude of factors to determine potential contacts.

Claims that people who have viewed your profile appear in the section are false, according to Meta, Facebook’s parent company. 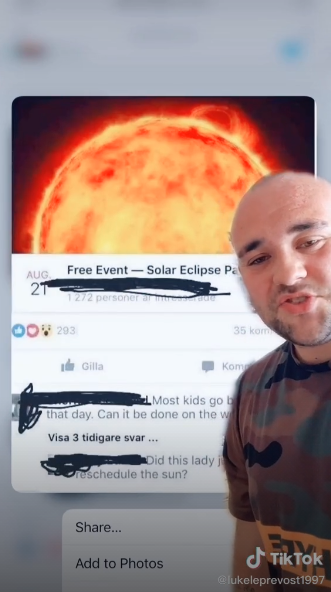 In another foolish post, someone asked whether a party to watch a solar eclipse could be moved to a different dayCredit: TikTok

In other news, scammers are tricking victims into handing over thousands of pounds by posing as their close family members on WhatsApp.

Samsung is reportedly killing off its beloved Note smartphone after more than a decade.

And, the UK is fighting an epidemic of hack attacks targeting consumers and businesses, according to officials. 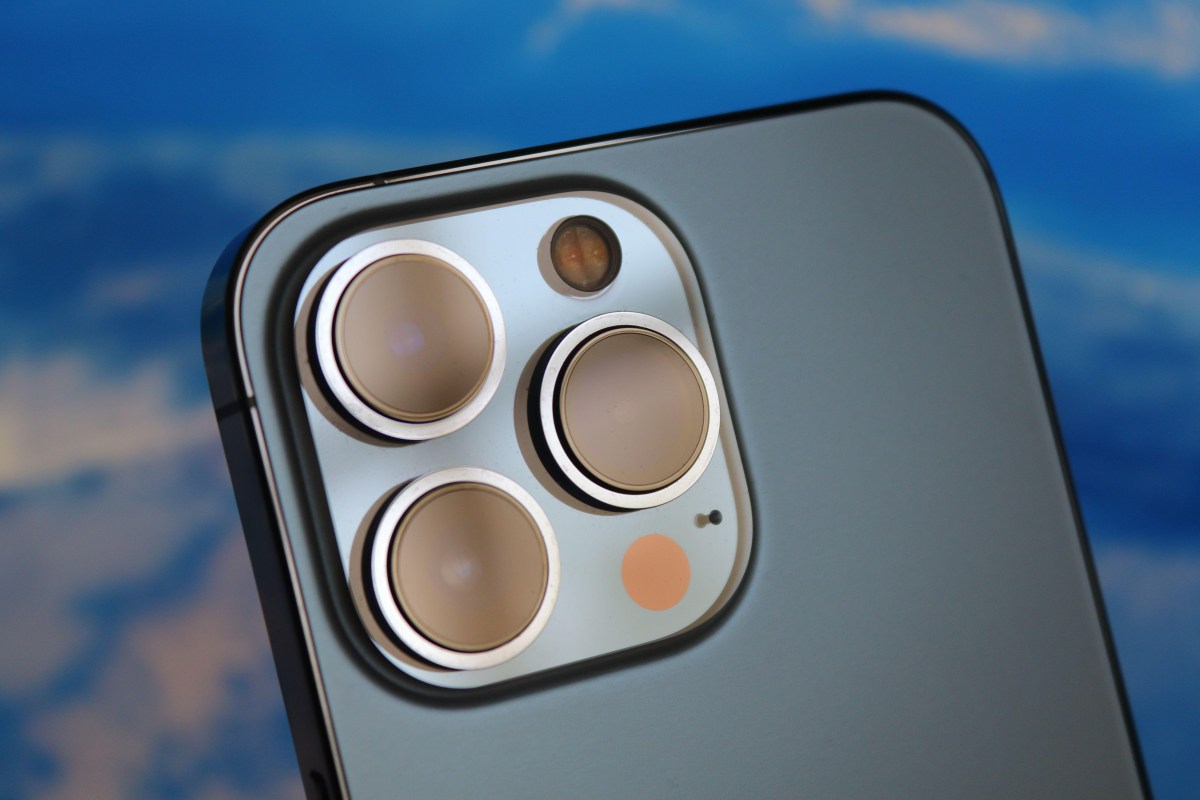