A TOP Apple expert claims we’ll see a slew of new gadgets this year – including a pair of ‘smart specs’.

That’s alongside a special tracker tag that helps you find lost objects. 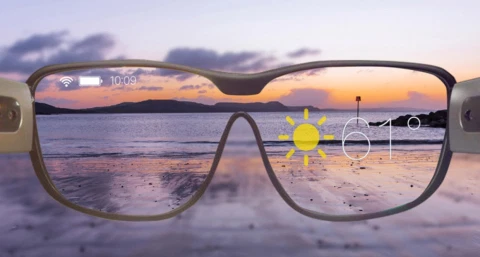 Apple’s AR Glasses could look something like thisCredit: The Sun

Usually these are easy to predict, like the latest iPhone or a brand new iPad.

But legendary TF Securities analyst Ming-Chi Kuo has revealed what surprise gadgets Apple has in store this year.

The Apple insider has a brilliant track record for Apple leaks, predicting almost every product launch to date. 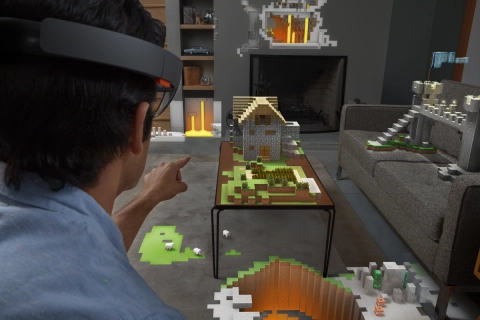 According to Kuo, the headline announcement will be Apple Glass.

These smart specs were originally expected to launch in 2022, but Kuo thinks this may have been brought forward.

Apple Glass are said to be augmented reality glasses that overlay computer-generated images on the world around you.

This could be something as simple as info about the time or your calendar.

Or something more useful like Apple Maps directions on the floor in front of you.

According to Kuo, the AR glasses will work largely as a display – with most of the computing taking place on your iPhone.

The other big new gadget for 2021 is likely to be AirTags.

These long-rumoured tracker tags are expected to work a lot like Tile tags.

You’ll attach them to something like a piece of luggage, which can then be tracked using an iPhone app.

As far as other gadgets go, Kuo says to expect the obvious gear – including a new 12.9-inch iPad Pro.

Apple is also likely to continue fitting new Mac products with its own Apple Silicon chips – breaking away from Intel.

To use the AirPods, you’ll need to make sure you have one of the following:

These could potentially be AirPods Pro Lite, offering up a similar design to AirPods Pro but with fewer features.

Of course, Apple hasn’t confirmed any of this information.

And even if it is true that these products are on the cards, Apple’s plans could change later down the line.

We won’t know the truth until much closer to launch date.

In other news, Apple could soon release the very first foldable iPhones.

A PET hamster is taking the crypto world by storm by outperforming top traders such as Warren Buffett. The Germany-based...

Apple Maps gets HUGE update for iPhone – is it better than Google Maps?

What Android version do I have? How to check as Google apps set to be blocked for millions