YOUR iPhone is loaded with a handy tool that can help you hang pictures and even bookshelves straight.

Hidden in the measure app, the “Level” feature lets you use your Apple mobile to determine whether an object near you is flat.

You can use your iPhone as a spirit level tool via the Measurement appCredit: Apple

To use it, open Measure. Tap Level, then hold iPhone against an object, such as a picture frame.

To make an object level, rotate the object and iPhone until you see green.

If you have vibration turned on, you’ll also feel a small vibration once your surface is level.

You can also line up an object so it matches the slope of another object.

To do that, tap the screen to capture the slope of the first object. Hold your iPhone against another object and rotate them until the screen turns green.

To reset the level, tap the screen again.

For those among you who aren’t so DIY savvy, a level is a tool designed to indicate whether a surface is horizontal or vertical.

Traditionally, they contain vials of solution which form bubbles that can be used to measure things relative to the Earth.

However, more recently, digital levels have become the norm – including those loaded into smartphones.

You can also use the software as a tape measure to, for instance, determine someone’s height.

The app also acts as a ruler, measuring objects around you with the phone’s camera. 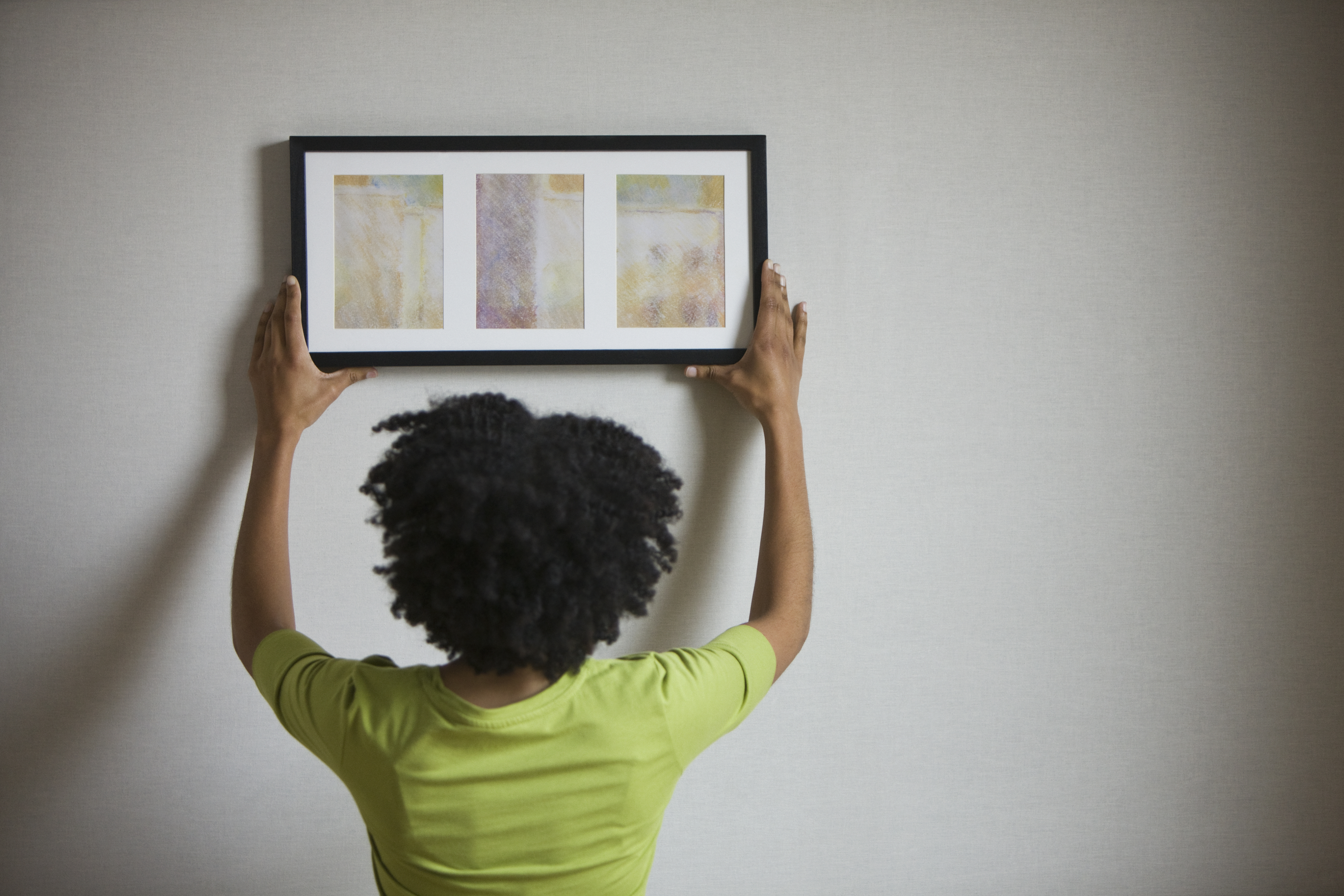 You can use Level to help you hang pictures straightCredit: Getty

Learn to clear your cache, cookies and history on an iPhone

In other news, your iPhone has a secret button you probably never knew existed.

A clever mum has revealed a genius iPhone trick that lets you lock the touchscreen while leaving the screen on.

This genius iPhone feature lets you scan any paper document in seconds – and it’ll save you loads of time.