Bungie hints at Destiny film and TV shows, plus new game before 2025 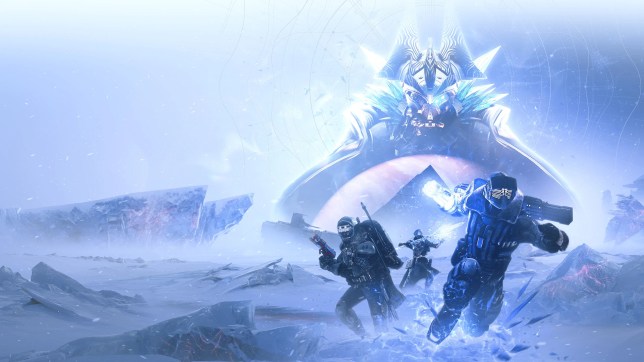 The unannounced new IP may have already had its identity leaked about a year ago (Pic: Bungie)

With Bungie increasing in size, it’s looking to expand the Destiny franchise and release an entirely new non-Destiny game before 2025.

Back in 2019, Bungie split with Activision to become wholly independent again, handling ongoing support for Destiny 2 itself. Two years later and it sounds as if the split is paying off.

The studio is expecting rapid growth in the future and has announced the steps it’s taking to prepare for it. It’s already begun an expansion and redesign of its headquarters in Bellevue, Washington, which will ‘increase the commitment to the long-term development of Destiny 2, tell new stories in the Destiny Universe, and create entirely new worlds in to-be-announced IPs.’

Destiny 2 still has two expansions in development: The Witch Queen (due late 2021) and Lightfall (due 2022), but it sounds as if Bungie wants to expand the franchise into other media.

Mark Noseworthy (vice president) and Luke Smith (executive creative director) have been appointed to ‘oversee and prepare for the expansion of the Destiny Universe into additional media,’ so don’t be surprised if a live action or animated tie-in of some kind is announced down the line.

Talk of a new IP is interesting, as Bungie adds that it aims to have one new franchise out before 2025. While Bungie hasn’t officially announced any new games, they’ve already revealed a peculiar amount of detail without seeming to realise it.

Job listings from last year pointed to some kind of dungeon crawler with a light-hearted comedic tone that may nor may not be called Matter (revealing information via job ads, that you’d never talk about in public, has become a peculiar trend in recent years, for many companies).

Bungie is also opening its first international office in Amsterdam in 2022. It will be the home of the publishing and marketing divisions and will ensure ‘Bungie’s ongoing commitment to unify and expand on their passionate player community all over the world.’

Destiny 2 is available on PC, PlayStation 4, Xbox One, and Stadia.