Nintendo has announced the cast for its first animated movie, including Seth Rogen as Donkey Kong and Charlie Day as Luigi.

Thursday night’s Nintendo Direct was full of surprises, including Mega Drive games on the Switch and Bayonetta 3, but the biggest shocker was Shigeru Miyamoto interrupting proceedings to announce the cast for the long-in-development Super Mario animated movie.

Talk of a movie goes back years and while Nintendo have kept saying it was in production, they’ve never offered any proof. Technically they still haven’t, because there’s no footage or artwork, just a star-studded cast list.

The film is being made by animation studio Illumination, who do the Despicable Me and Minions films. And since Nintendo has given the CEO a spot on their board of directors the implication is that there’ll be many more movies to come after this.

The film doesn’t even have a name yet so you’ll just have to sit there and imagine what Chris Pratt is going to be like doing a purposefully bad Italian accent.

Going by the cast list it seems the film will be sticking closely to the established mythos of the games, with Queen’s Gambit star Anna Taylor-Joy as Princess Peach, Always Sunny in Philadelphia’s Charlie Day as Luigi, and Keegan-Michael Key as Toad.

Jack Black is Bowser, which actually seems pretty great casting, and Seth Rogen is Donkey Kong. You’ve also got Kevin Michael Richardson as Kamek the Magikoopa, Fred Armisen as Cranky Kong (Cranky is technically the ‘original’ Kong – or is that just a fan theory?), and Sebastian Maniscalco as Spike. 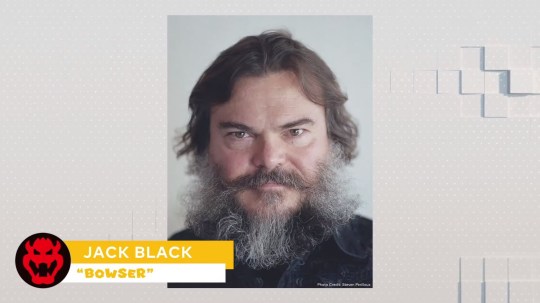 Why do these photos look like police mug shots? (pic: Nintendo)

Spike is a cannon fodder bad guy from the Super Mario series but it’s also the name of an even more obscure character from Wrecking Crew, which judging by the little icon by Maniscalco’s photo is what this Spike is based on.

His inclusion also seems likely to be a reference to the Super Mario Bros. live action movie starring Bob Hoskins, where Spike was the name of Bowser’s cousin and incompetent henchman.

That’s a pretty deep cut but what’s also cool is that Charles Martinet, who has been voicing Mario in the games for the last several decades, will be in the movie but as various ‘surprise cameos’.

When is the new Super Mario movie out?

It all seems as promising as things can be without seeing so much as piece of concept art, but Miyamoto implied there’d be more news soon.

What we do know though is that the movie will be released next Christmas, with the US having a specific date of December 21, 2022. 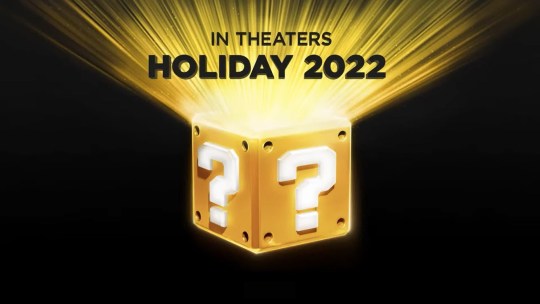