There are plenty of options to get you up and running… (Pictures: EA Sports/FIFA)

With FIFA 22 available to play through EA Play from September 22, it is a prime time to start thinking about the squad you want to build for the new season of Ultimate Team.

Although the game does not officially launch for another 10 days, early access begins on Wednesday – with pre-orders entitling full access from September 27, four days before full release – giving gamers valuable time to get a head start on FUT.

First things first: do not use your 10 hours of early access for anything other than playing games. The transfer market, squad building challenges, tactics screen and just about anything else you can think of can all be accessed via the web app – which does not deduct from your hours.

You will be given a starter pack based on a nationality. Try to sync this up with the starter team you intend to create. Thinking of making a Bundesliga side? Then pick Germany. Opting for La Liga? Then go with Spain.

Look out for early access objectives – you can land an 80-84 player pick as a reward – as well as the limited-time early access FUT friendly mode, where you can also compete for pack rewards. This year’s welcome back packs are far more generous, too.

Don’t sell players too quickly. Any meta cards will increase in price by the time the game officially launches on October 1. Also look to use players, particularly untradeables, in the advanced SBCs, with some challenges even giving mega packs as rewards.

Finally, with division rivals – and the prizes on offer – overhauled this year, you are going to want to create a cheap starter team to get going. Here’s a few options to consider… 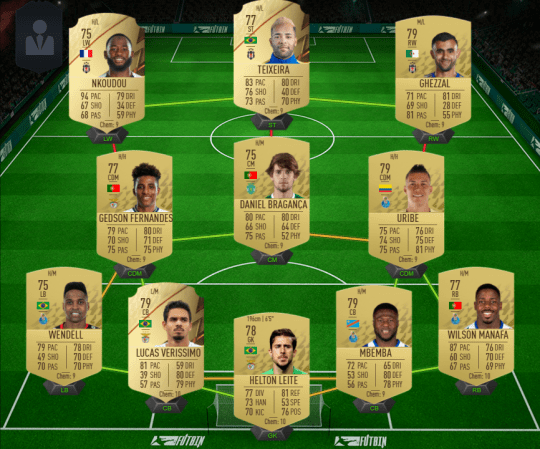 If you want to funnel all your coins into trading, you’re going to need a very cheap starter team. For this line-up we’ve restricted the side to no players rated 80 or higher, nor can they be from the top five leagues or on FUTBIN’s most popular players list.

Going with Liga NOS gives you a strong but easily upgradeable defence; Pepe can eventually replace Chancel Mbemba, while Wendell can make way for Zaidu Sanusi.

The midfield is solid across the board and allows you to play any front three with green links. This Super Lig trio will be good enough for squad battles but could struggle online, so you might want to hope you land a good attacker from a pack to build the frontline around. 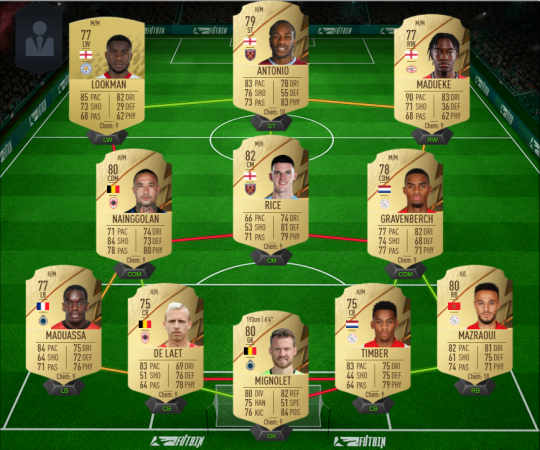 This Belgian/Eredivisie/English hybrid has pace and power (Picture: FUTBIN)

For this option we’ve opened up the selection to include Premier League players as well as a couple of meta cards that will probably be quite popular at the start of the game.

The green links provided by Ajax duo Ryan Gravenberch and Jurrien Timber will feature in plenty of teams in FIFA 22, while Ritchie De Laet – who boasts 83 pace! – has a perfect link to the evergreen Radja Nainggolan.

English wingers Noni Madueke and Ademola Lookman both provide decent pace and 4*/4* skills/weak foot, while Michail Antonio can be a wrecking ball up top. 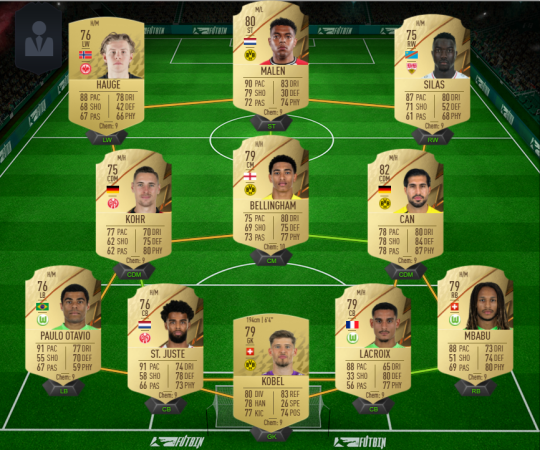 Despite the low ratings, this Bundesliga side will be very strong (Picture: FUTBIN)

It’s hard to look past the Bundesliga if you want a starter team packed full of low-rated meta players. At the back, the ridiculously quick pairing of Jeremiah St. Juste and Maxence Lacroix will surely be one of the most popular duos in the game.

The Bundesliga also provides plenty of options at full-back and in central midfield, with Emre Can looking like one of the most rounded cards in the game, though there is a clear dearth of useable CAMs.

Up top, Donyell Malen already stands out as a potential nightmare to defend against and is one of seven players in this side who feature in FUTBIN’s top 100 most popular players – so expect plenty of competition when trying to buy them.

For more stories like this, check our sport page. 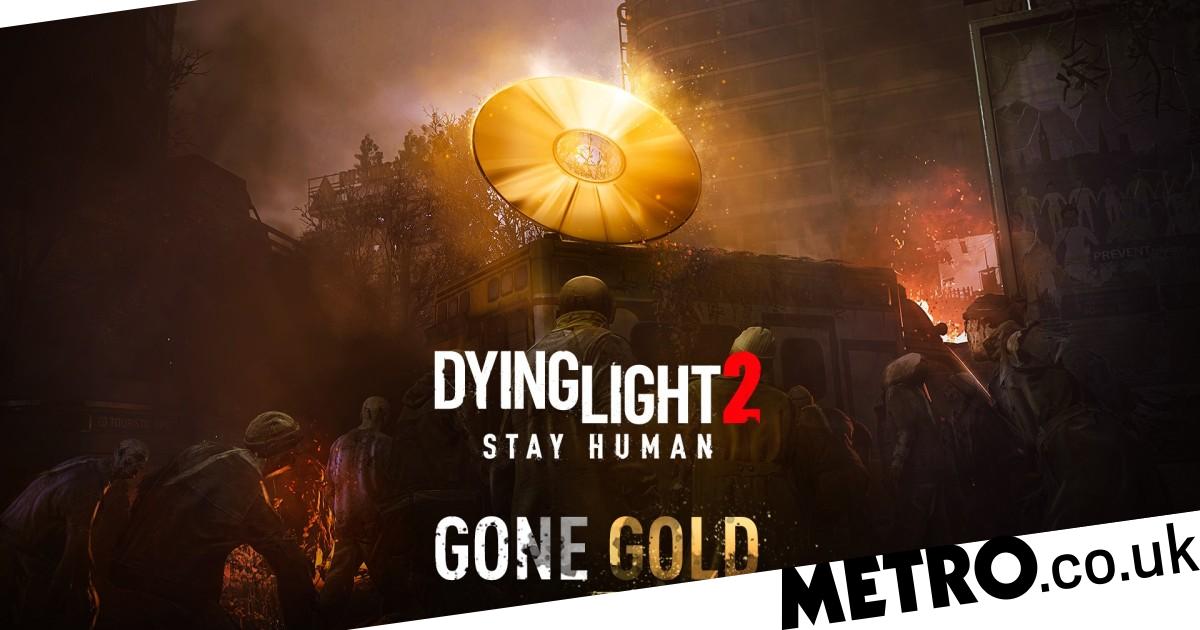 Sounds like the delays are well and truly over (Pic: Techland)After a tumultuous development cycle, Dying Light 2 is finally...