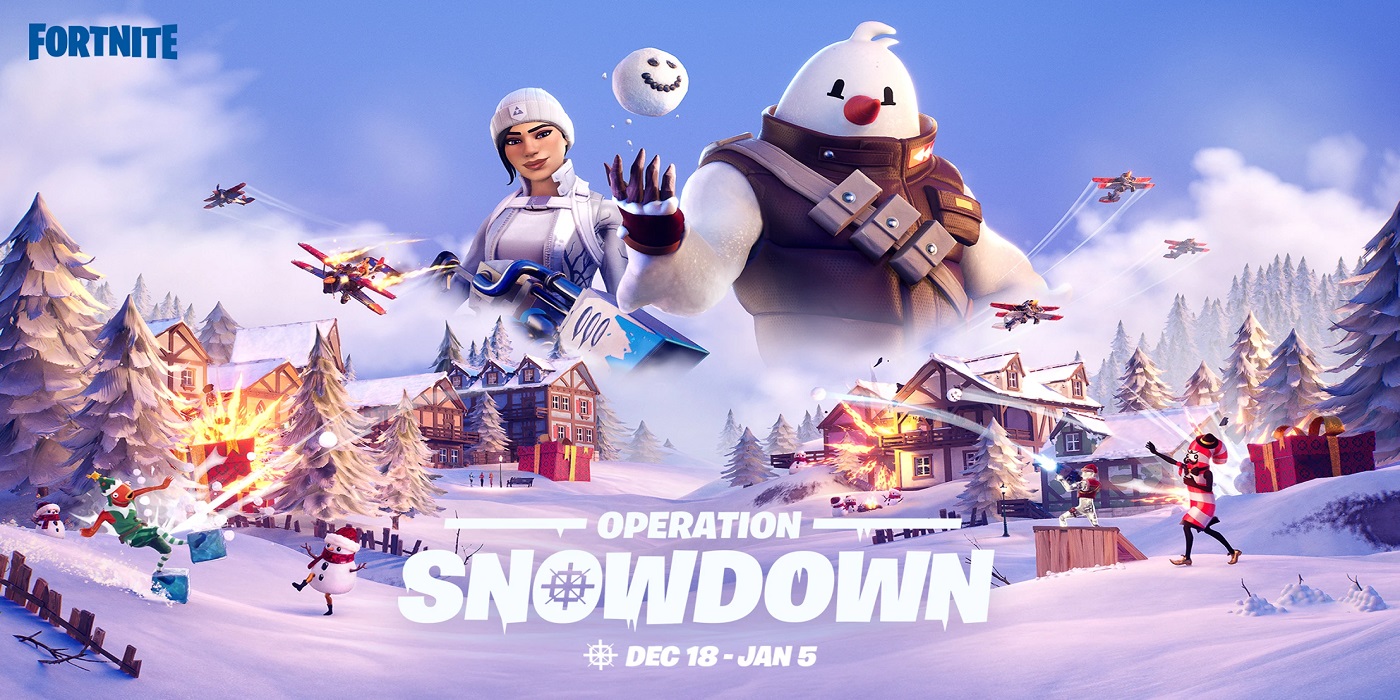 You can enjoy Fortnite’s Christmas update from today till January and it comes with new outfits to unlock and returning limited time modes.

With Fortnite Season 5 all about big crossovers, with the likes of the Mandalorian and Master Chief making surprise appearances, its yearly Christmas event seems much quainter in comparison.

This year’s event is dubbed Operation Snowdown and, rather than introduce some crazy Christmas character cameo like the Grinch or something, you instead get to meet a snowman commando called… Snowmando.

The main goal of Operation Snowdown is to complete Snowmando’s missions, which will unlock you your own Snowmando costume and a winter-inspired Frost Squad costume.

The island’s also been given a festive makeover, with players able to disguise themselves as snowmen to get the jump on opponents or duke it out in aerial dogfights using X-4 Stormwing planes.

Some fans may remember those planes from the limited-time Air Royale mode, which is making a temporary comeback for the festive season.

Epic Games has teased some other returning modes and has confirmed a brand-new one called Shockwave, where players must knock each other into the storm as it slowly shrinks.

Lastly, Christmas-themed outfits from previous events will be included in the item shop alongside new ones, with a carolling sing along emote being available for free until the event ends.

You can start enjoying Operation Snowdown from today until January 5.