Say what you will about the movie, but Free Guy has some of the best posters in years, with some amazing video game deep cuts.

Ryan Reynolds’ Free Guy seems to be doing surprisingly well on Metacritic and Rotten Tomatoes, so maybe it’s one of those films that has terrible trailers but is actually really good.

Given the terrible name they’ve lumped it with there’s every indication the marketing team don’t know how to sell the movie, or maybe they were just saving all their energies for these posters, all of which are based on famous video game box art.

The premise of the film is that Ryan Reynolds is a non-player character in a GTA Online style open world game, who at first doesn’t realise he is in a video game. So basically The Truman Show but for games. 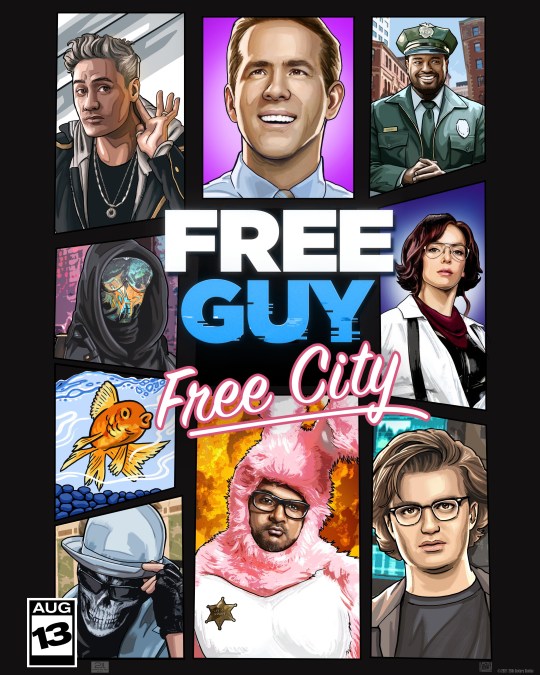 Probably the closest you’ll get to a GTA movie (pic: 20th Century Studios)

The ‘Free City’ poster is obvious a parody of Grand Theft Auto, featuring all the film’s main characters, such as Reynolds as the titular Guy, Jodie Comer from Killing Eve, Joe Keery from Stranger Things, and Taika Waititi as the bad guy.

The Free Guy ’21 poster is obviously based on Super Mario 64 and we’d be very curious to know if they asked Nintendo if they could do that. If the image suddenly disappears from this article you’ll know they didn’t. 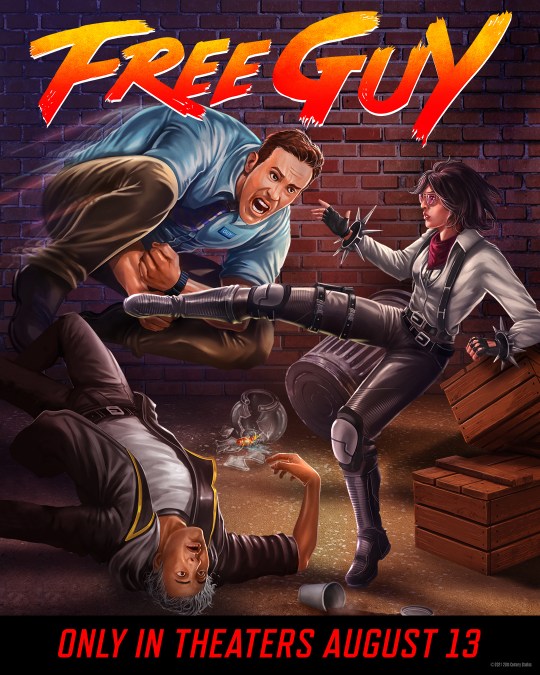 Our favourite is probably Ryan Reynolds as Blanka from Street Fighter 2; Doom is good too, though, and then you’ve got the more contemporary Minecraft, Among Us, and Animal Crossing: New Horizons.

The last one is a parody of the box art from the US version of Mega Man on the NES, which is widely considered to be one of the worst of all time (and completely different to the European and Japanese box art). 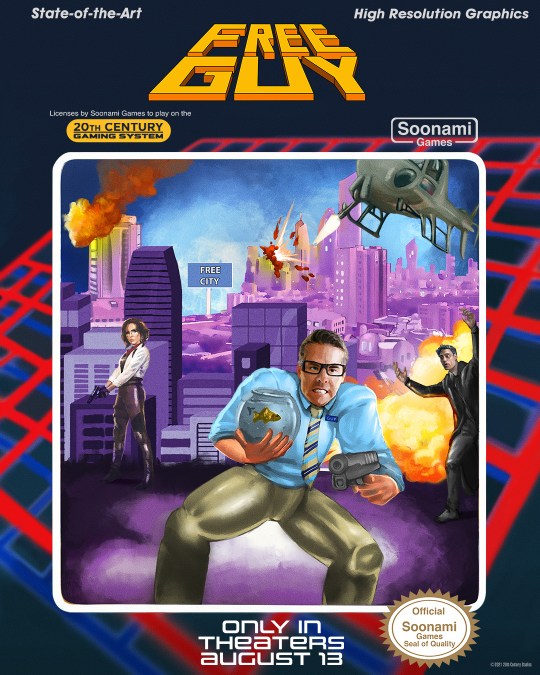 That one’s particularly good because it lists the publisher as ‘Soonami’, which seems to be a reference to Konami. Mega Man is a Capcom title but there’s an obscure meme about people confusing the two companies and their games, so that is an extra deep cut.

The film is released this week and also features cameos from famous streamers such as Ninja, Jacksepticeye, Pokimane, DanTDM, and LazarBeam. Or in terms of old school celebs you’ve got Hugh Jackman, The Rock, Chris Evans, Channing Tatum, John Krasinski, and Tina Fey. 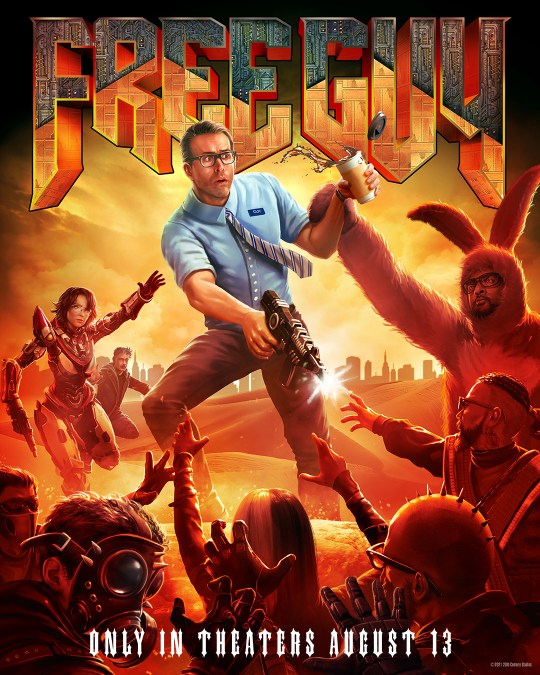 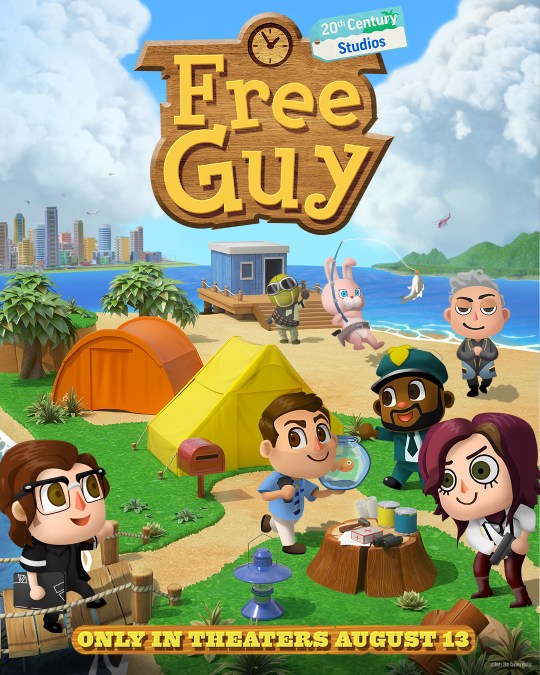 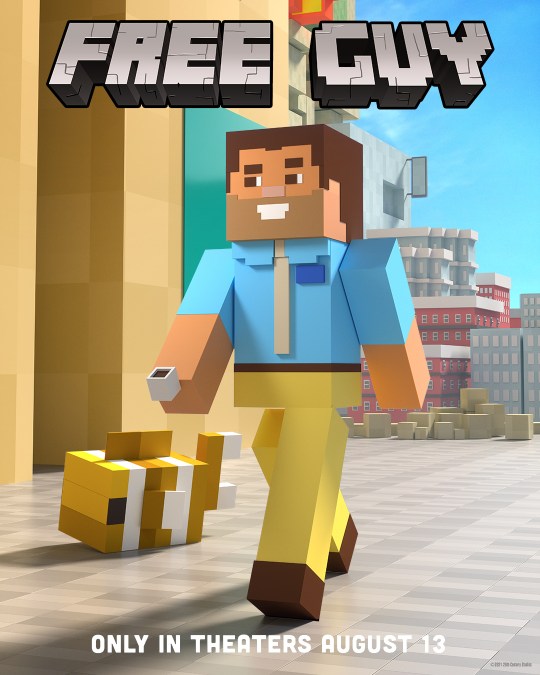 It wouldn’t be surprising if Minecraft got official DLC (pic: 20th Century Studios) 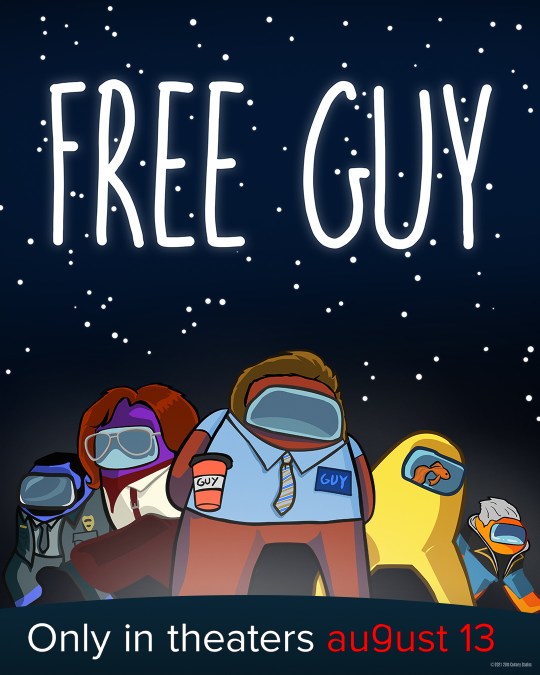 Among Us doesn’t come in a box, but you get the idea (pic: 20th Century Studios)