DISAPPOINTED PS5 buyers who didn’t get their consoles from Amazon will be given a priority order when new stock arrives.

These orders have already been refunded – so you’ll have to accept a new £449.99 fee for the replacement. 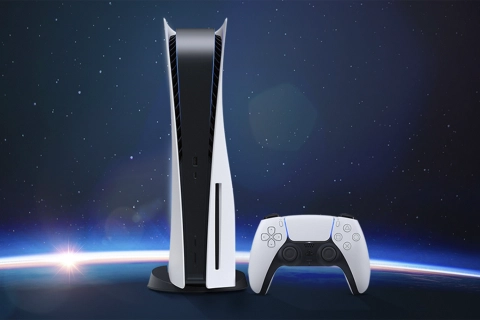 The new PS5 is in high demand – but there’s hope for buyers who missed outCredit: Sony PlayStation

Some of those who had pre-ordered the new console found that it simply didn’t turn up on launch day.

And others received unrelated items instead, like cat food and toilet roll. 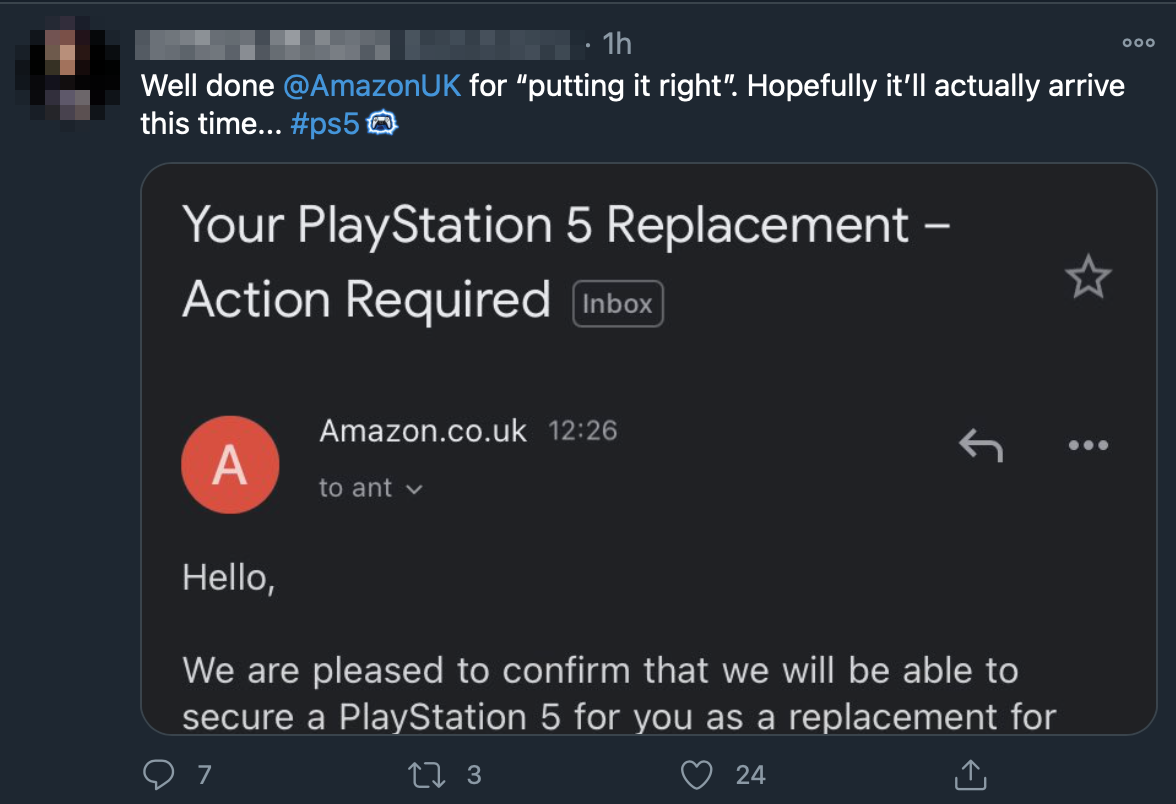 The retail giant has already refunded buyers the cost of the in-demand gaming machine – which launch for £449 on November 19.

So if you’re a customer who missed out, you’ll have a deadline of 23:59 Uk time on Saturday, December 5 to accept the new offer.

“We are pleased to confirm that we will be able to secure a PlayStation 5 for you as a replacement for the order that you didn’t receive,” said Amazon in an email to affected customers.

“Please note that this offer is solely for the purpose of replacing the PlayStation 5 that you ordered.

“It cannot be transferred to another customer and cannot be used to purchase additional units of the PlayStation 5.

“If you no longer want a PlayStation 5, you do not need to contact us.”

Amazon hasn’t confirmed when the new stock will arrive.

But Sony recently confirmed that more units would be arriving with retailers before the end of the year – giving hope for a Christmas miracle.

Amazon is offering up a portion of this stock to buyers who missed out.

And any remaining stock will inevitably be put back online for fresh customers on a first-come, first-served basis. 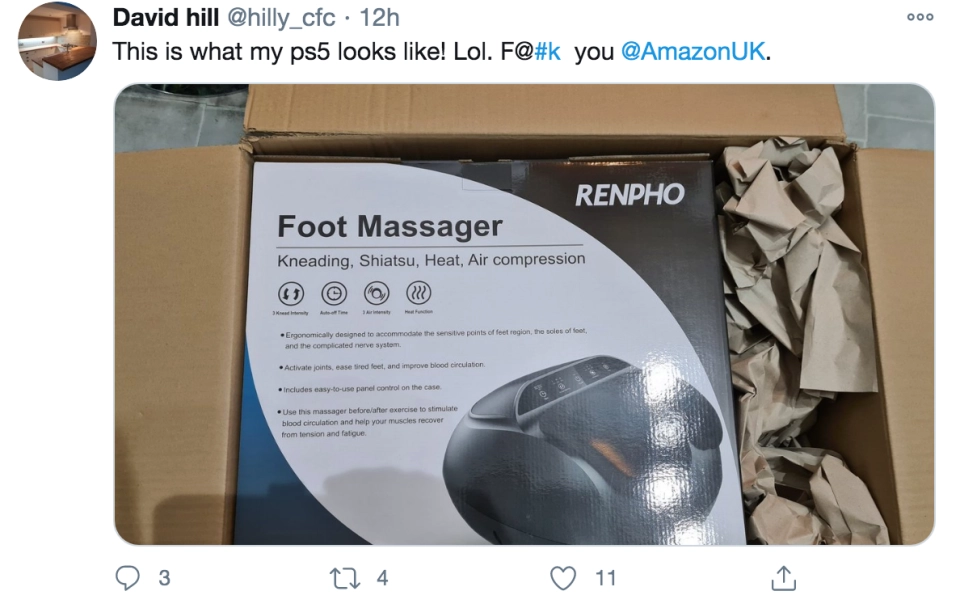 In a bizarre launch-day twist, Amazon customers were shocked to receive random household products instead of the new PS5.

These obscure items apparently include cat food, loo roll, a coffee machine, an air fryer and even a foot massager.

Upset customers took to Twitter to complain about the blunder.

Their PS5 orders were apparently marked as delivered by couriers even though they are yet to receive the £450 item.

Journalist Bex April May was one of the customers to complain after she received an air fryer she hadn’t ordered and no PS5.

May tweeted: “Happy #PS5 day everyone. Tried to document our one’s unveiling, but Amazon have tricked us with an unsolicited air fryer instead (after giving delivery password). Anyone else had this problem today?”

Some people tweeted her back and said the same had happened to them.

Laura Thérèse replied: “this happened to me too! I was told to raise a crime report with the police and Amazon will investigate from their end. I was also told there is no way they can contact or track their drivers……what the hell is that about?!?”

One angry customer even tweeted Amazon to say she’d been scammed after receiving cat food instead of her new PlayStation.

Sun reader Adam Hassan, 31, had spent months saving up for the new £449.99 PlayStation 5 but was delivered bog roll instead.

The dad-of-one was at work when the package finally arrived at his home so asked partner Antonia, 34, to open up the box.

But Adam, of Bromley, South London, said he was horrified when Antonia called him to say that the box contained Andrex toilet roll. 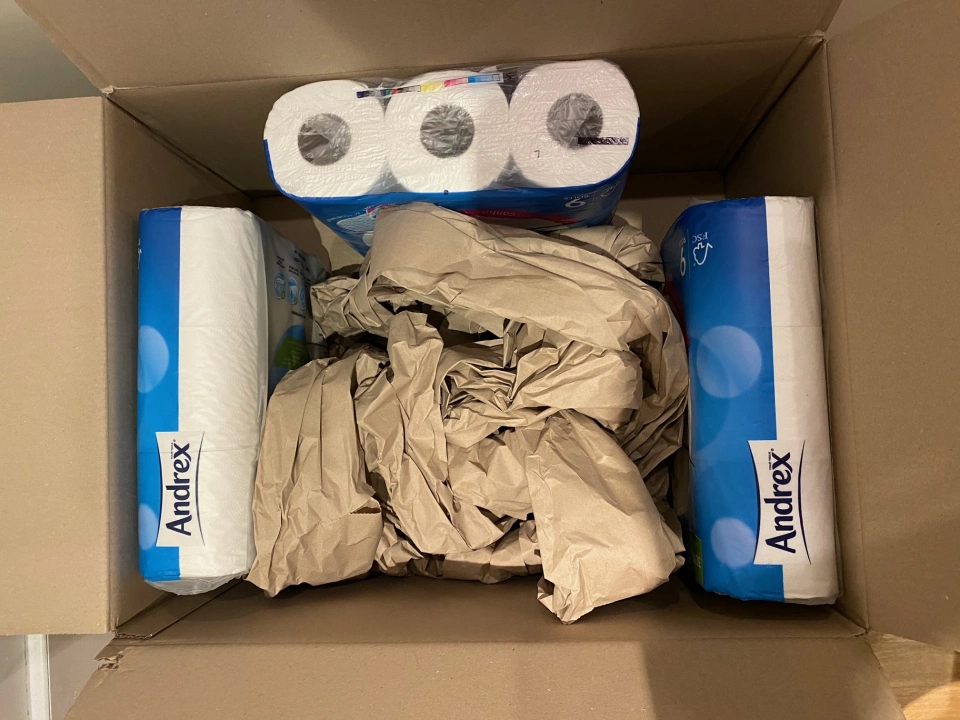 The loo roll that Adam Hassan was sent while he expected a PS5Credit: The Sun / Adam Hassan

Antonia, 38, said Adam was left feeling “in-console-able” at the news.

Adam said: “Amazon should absolutely call in the police. There’s loads of reports of this. It cannot be a coincidence. This feels really serious.

“There’s widespread reports. There must be someone, somewhere stealing them. I’ve had a right bum deal. But there’s loads of people in the same position.

“There’s no way of getting it back and it’s just vanished. I’m fuming. It’s a disgrace.”

Adam said he has since complained to Amazon and demanded he be fast tracked a console.

Paul Gibson also told The Sun he had a similar experience, ordering a PS5 only to be sent a table football set and box of office paper.

Paul, 21, of Camberley, Surrey, said: “It’s madness, they can’t get it right and I’m left having spent all that money for a game and some paper.”