Games Inbox: Is the Nintendo Switch OLED model worth getting? 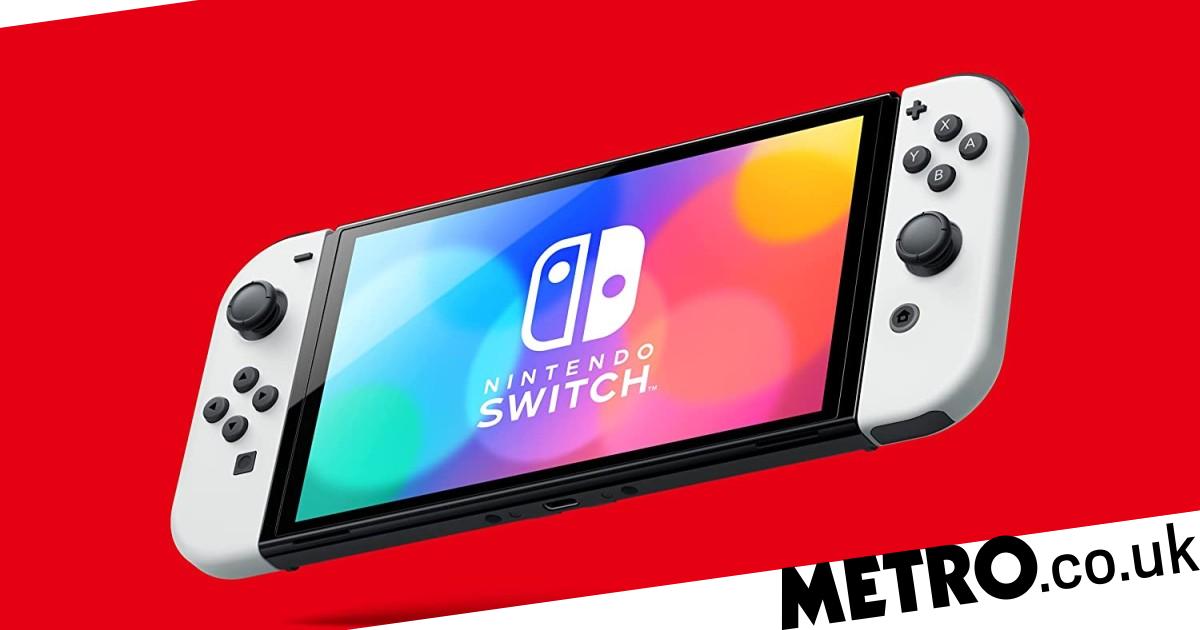 The Friday Inbox asks whether Super Monkey Ball Banana Mania’s controls will be fixed, as one reader admits to liking Far Cry Primal.

New console day
Looking forward to today because it’s the day I finally get a Switch. I didn’t really have the money when it first came out and afterwards I was hanging on waiting for the Switch Pro. Since that still seems a year away at least I broke down with the release of the OLED model and Metroid Dread, which sounds great.

I would classify myself as Nintendo fan, but the fact is you can’t use them for a primary console, so I’ve stuck with the Xbox One and Game Pass so far. There’s no point waiting for Nintendo games to go cheap though so I’ve got no choice but to grin and bear it, and keep saving.

Hopefully Metroid turns out to be as good as the reviews say and I’ll have a fun weekend with my new game and console.
Trigger13

Killer app
Always behind the curve generationally, but just had to jump into the Switch OLED purely because of Metroid Dread. I wrote in a few days back lamenting the fact that to play every entry you need about five different consoles or thereabouts. It shouldn’t be this tough. Loved Zero Mission (as well as the original unlock), Super was better, Fusion was good but not great. Never played the second and feel a bit miffed on missing the re-master on 3DS.

I’m cheered and optimistic from your review of Dread. Think it says a lot about my enthusiasm for the franchise when it takes this one game to get me onboard with a new console. Not even Zelda and Mario combined could do that up until now!
D Dubya

Primed for more Metroid
I finally gave in and ordered a Switch with the impending release of Metroid Dread. I really enjoyed the tense moments in Metroid Fusion, where the SA-X stalks/chases you and judging from your review the new entry has more of that feel.

My original plan was to hold out and see if the Switch Pro materialises but after the OLED model release it’s hard to tell whether that’s going to happen anytime soon, if at all. In any case, hopefully Metroid Prime 4 does stick to being a Switch release. Any particular indie games you’d recommend for the Switch?
Netwoim

GC: You’re not giving us much to go on there. At random, how about Into The Breach and Untitled Goose Game?

The big day
I enjoyed reading the Metroid Dread review, I’ve had it pre-ordered for some months and there is always a concern that the game could turn out to be a dud, so I’m happy that’s not the case here.

Funny though, the only other Metroid game I’ve ever played was the original on the SNES, so it’s not like the series is up there with the Mario games in terms of nostalgia or any personal history with the series.

I’ve been looking forward to playing this one though, ever since I saw one of the first trailers released and I’m happy it’s lived up to its promise and expectation.

My only concern is my Switch, I’ve been reading a lot of negative stuff about the last firmware update on one of the Switch subreddits and I’m really hoping mine behaves itself when I start it up to play on Friday.
Mitchell

GC: Super Metroid on the SNES is actually Metroid 3. The NES and Game Boy entries both came before it.

Dog drop
I stayed up into the small hours on the Battlefield 2042 open beta. I thought it was great. The tanks are more like the ones from Battlefield 3 – more fun than Battlefield 1 and 5. The planes and helicopters are easier to fly too.

I especially liked dropping robot scouts in to support on foot, they look like dogs with guns for heads that follow you around and start shooting at enemies. Looking forward to seeing more.
Johnny Alpha SD (gamertag)

Second best
I really liked Far Cry Primal! I can stand the slanderous letters no longer. It’s worth it for the impaling mechanics alone. Your caveman throws the spear like a superhero. You ride a mammoth. I need not extol any further, that alone is enough to show its brilliance (and I must start work).

It is the second best spin-off of the Far Cry series, behind the glorious Blood Dragon… but that has robotic laser beam toting dinosaurs. You can’t beat that. if you ask me, and nobody did, Far Cry Primal is absolute perception [sic].
Henshin Agogo

Cost of silence
I downloaded Psychonauts 2 the other day. It’s great. Not worth £50(!) But then I had no way of shopping around for it, did I? But hey, still glad to have it. Now, I’ve wrote in before about my old, fat PlayStation 4 being extremely noisy in its advancing years. And even though Psychonauts 2 was a download, my console made me fear that it was about to Jeff Bezos into space. Leaving my roof a burning wreck.

Now before you say: ‘Oh why didn’t you just spend a bit more on a PlayStation 5? Waah, waah! Snooty money bags comment here!’ One does not simply… walk into a shop and get a PlayStation 5. And I’m not sure I want to jump aboard the Sony train this generation thanks to their customer unfriendly pricing. Plus, I walked out of my local emporium for £160 with a PS4 Slim. Still a lot of money for my circumstances but I have now solved my noise problem.

Feature not a bug
I was crushed when I read the review of Super Monkey Ball Banana Mania. I’d been looking forward to reliving some Monkey Golf and Target with my eight-year-old.

Any thoughts on how realistic it might be for a patch to be made available to fix the controls?
Jonathan Foley

GC: We think it’s like that on purpose, possibly in an attempt to reduce the difficulty. If enough people complain they might change it, but you can probably pick up a GameCube and copy of the original for not much more than the price of the remaster.

Two questions
Apologies for lack of letters and contributions, sometimes life gets in the way. Thanks for all your hard work through these tough times, it’s greatly appreciated. I had two requests for advice if that’s OK, some readers may be able to help with the second.

The first is the Switch OLED and a simple question. I only game with my Switch docked, I never play handheld so I presume this is an absolutely pointless upgrade for me. My second request for advice is around Returnal and specifically it’s difficulty. I’ve been very tempted to get it the more time has gone on, you gave it a glowing review and it’s also many people’s game of the year or contending to be. I just worry I’ll struggle with it difficulty wise.

The only From game I’ve played, and hardest game I’ve played is Bloodborne. I really enjoy that game but after all this time the furthest I’ve gotten is Vicar Amelia, which I don’t think is that far and for the life of me I can’t get passed her. I’ve watched many videos on how to do it and I still can’t.

Maybe these super hard games are just beyond my skill level, simple as that. I guess my question here is, is Returnal as difficult as Bloodborne? I understand they’re different genres so it might not be a simple question to answer. Thanks in advance. Keep up the awesome work.
Bertie1 (PSN ID)

GC: Thanks. The first question is easy: no, there doesn’t seem any point you getting the OLED model, if you already have the original. The second one is hard to quantify, but while it is very difficult we wouldn’t say it was as hard as Bloodborne. (If you’re stuck on a boss try summoning another player for help.) How do you get on with bullet hell games, like Housemarque’s own Nex Machina? Returnal is basically a cross between them and Metroid.

Inbox also-rans
After seeing your funny article about the latest Battlefield game having bots shoot dead bodies and T-bagging dead characters, I thought people would find this bug funny in Halo Infinite, which was mentioned in a Eurogamer article.
Andrew J.

Isn’t it funny how it’s always the biggest companies that are the greediest? All that money from FIFA and EA still aren’t satisfied. I like the idea of buying the PES name off Konami. Or even better International Superstar Soccer.
Freddy

This week’s Hot Topic
The subject for this weekend’s Inbox was suggested by reader D Dubya, who asked what is your favourite video game sound effect?

Some sounds effects have become as iconic as visuals and full soundtracks, from the sound of getting a new Achievement to the various noises different consoles make as they turn on. And that’s before you get into the actual sound effects of weapons, items, and vehicles.

You can include short jingles, such as the Zelda item discovery tune, and snippets of dialogue but nothing that lasts more than a few seconds. Also, if you’re able to find a good clip on YouTube, do include that with your email.