Games Inbox: Is the Xbox Series X really more powerful than the PS5?

Xbox Series X – the most powerful console ever? (pic: Microsoft)

The Wednesday Inbox wonders how long Fortnite and battle royale will remain popular, as one reader calls the OG Xbox his favourite.

Demonstrate proof
I’m not sure we should really take much notice from the fact that F1 2021 has had problems with ray-tracing on the PlayStation 5. As you say, it could easily just be a mistake on Codemasters’ part and it’s not like it’s some state-of-the-art game anyway.

I keep hearing that the Xbox Series X is more powerful than the PlayStation 5, but I never see any proof of it. Not even a tech demo. Sony had the Unreal Engine 5 demo so where was Microsoft’s equivalent? It’s going to be almost a year before they release a first party game and they haven’t got time to just do a couple of two minute demos showing off the graphics? I find that deeply suspicious.

I’m not necessarily disbelieving that it’s more powerful on paper, but the only differences seem to be tiny improvements in resolution or frame rate that normal people are not going to notice even when you point them out to them. If that’s all it is I can honestly say I don’t care and consider the superior exclusives on PlayStation 5 to be a much better alternative.
Rashton

Corporate cool
Is XDefiant some kind of joke? It looks so hilariously naff I honestly can’t believe it’s real. You just know it was ‘designed’ purely by marketing people (who were all middle-aged white men) because it is the saddest attempt at creating something ‘new’ I have ever seen. From the terrible name, that seems to have time-travelled in from the 90s, to the Apex Legends style characters, to the ultra-generic premise it seems like a parody of every unimaginative trend-chasing video game there’s ever been.

If this is what Ubisoft thinks is a good idea for boosting their free-to-play line-up I can only imagine they’re going to give up on that idea pretty damn quick.

The thing that gets me is that it was meant to be a crossover of all the Tom Clancy games and yet it doesn’t feature any named characters and has no proper story. I just don’t know how they could created anything less appealing than what they’ve come up with. Except charging for it, I guess.
Dougie

Port to the future
Carlton asked the question yesterday, what was the best Xbox console and for me that’s the original. Project Gotham Racing and Midnight Club were favourites of mine. To be the best though a console needs something to really stand out and as good as Xbox Live on the Xbox 360 was, it was Halo 2 that started it. That Ethernet port in the OG Xbox changed everything.

Xbox Series X/S does have a shot though. Back to short load times and Game Pass offering game discoverability only ever seen before with the PlayStation 1’s piracy issues. It really changes how you consume games and what you consider to be good.
Tim

Ryu vs. Ken
I don’t know if I’m expecting any sort of answer on this but I will ask it anyway. How do Nintendo value their amiibos?

For example, on their official site they have Ryu and Ken, very similar characters and very similar amiibos. Yet Ryu is £10.99 and Ken is £12.99? It just doesn’t make any sense. Have you ever questioned anyone at Nintendo on this and more importantly did they give you a straight answer?

Just a quick heads up on the amiibos, the official site has had a rather large influx over the last few days. So avoid the scalpers people.
freeway 77

GC: We imagine it’s based on scarcity; they will have made a lot more Ryus than Kens. We gave up collecting them after we could never get either of the Bayonettas.

Sexy recommendation
Just a quick note to say thank you to whomever recommended The Sexy Brutale a few weeks ago in the Inbox. Based on their description (I think they referred to it as ‘reverse Hitman’) I ended up adding it to my list and I found it quite a mesmerising little game actually, completely delightful.

I’m a big fan of detective stories, thrillers, and the like and this scratches that itch perfectly. If it’s alright I’d like to throw my completely worthless but wholehearted recommendation behind it too.
Henshin Agogo
PS: Any chance you can tell me what the developer followed it up with? My Google skills tell me it was Rime but I’m not 100% sure I’ve got the development team right?

GC: Rime developer Tequila Works was the publisher, and helped out with a bit of the development, but The Sexy Brutale was primarily the work of Cavalier Game Studios, who haven’t made a new game since. They’re still active on Twitter though so hopefully they have something brewing.

Games without end
Given the new leak I wondered when exactly Fortnite started and was surprised to find, when I looked it up, that it was back in 2017. Four years at the top is impressive going, you have to admit. It might not be the hot new thing anymore but it’s still clearly one of the biggest games out there and I see no sign of it slowing down.

Presumably it will at one point but it’s going to take so long I’m sure it’ll still be a major force in at least 10 years’ time or more. The thing that interests me is how battle royale never really took off the same. Apex Legends and Warzone are big hits but everything else was pretty much a flop and hardly anyone tries to make them any more (which is a level of restraint you don’t often see from video games).

Battlefield 2042 has refused to do it and so has Halo Infinite, which I find interesting. Will any other game dare to try and do another battle royale or is the game mode doomed to never evolve, because it’s only these three timeless games that really use it?
Noug

Random complaint
Thanks for the review of Cris Tales, GC, it looks really interesting. I love the art style and the whole time powers thing seems to be really well integrated into the game. The problem is those random battles. I just don’t see what anyone gets out of them. It’s why I never really got into role-players during the 90s, until they finally figured they were a bad idea and stopped putting them in everything.

I get that if you’re doing a homage it’s a legit idea but it definitely puts me off and I’m sure it does for others. Is there anyone reading this that’s willing to say they actively enjoy random battles, instead of just putting up with them?
Bosley

Designed to be hard
Assuming we’re not talking about accessibility options – which is a different thing – but able-bodied gamers, then I feel an easy mode would dilute the Dark Souls experience.

In all walks of life there exist challenges that are designed to be hard, to test and push people. Like the London Marathon, for example. The concept of pushing yourself through a barrier to prove to oneself you can do it is not new. This is the DNA of Dark Souls and an easy mode would dilute that.

The important thing is, like the London Marathon, everyone has the same challenge to overcome. It doesn’t matter how you complete it, the point is to push yourself to complete it. Even veteran speed runners of Souls games die a lot on their first playthroughs. The struggle is the point, but more importantly that everyone struggles with the same challenge regardless of gaming ability – or with the London marathon, personal fitness levels.

There’s quite a lot of these designed-to-be-hard games out there but I never see anyone asking for an easy mode for I Wanna Be The Boshy. The reason Dark Souls games do is because it’s reached a much bigger audience. That a game like Dark Souls, with the sensibilities it has, is selling millions is a reason to celebrate and even more reason to not tamper with it as it informs positive game design elsewhere.

Dark Souls’ influence is strong and I don’t know if Dark Souls had any influence on Zelda: Breath Of The Wild but that game’s lack of hand-holding and signposting was so refreshing. Personally, I doff my cap to From for, so far, not breaking from those sensibilities.
Simundo

Inbox also-rans
Does anyone know if From are planning to add a hard mode to Elden Ring? I’ve found all of their previous games to be a bit easy.
John Atkinson

GC: We’ve a feeling you may regret saying that.

I can perfectly understand anyone that waits until the PS5 Slim comes out because I am still shocked by how big the PlayStation 5 is, and how wobbly the stand is. A terrible design if you ask me, even if I’m happy with the machine itself.
Olly

This week’s Hot Topic
The subject for this weekend’s Inbox was suggested by reader Iceman, who asks what game do you most regret buying, or receiving as a present, during your childhood?

Kids are even more prone to hype than adults, and we all have games we’re embarrassed to remember looking forward to, but which one upset you the most? Did it ruin a birthday or Christmas or was it something you spent your own money on and bitterly regretted?

What sort of success rate did you have as a kid, in terms of the quality of the games you picked, and how did you make your choices? What advert or review do you remember as being the most misleading and did you fall for it yourself? 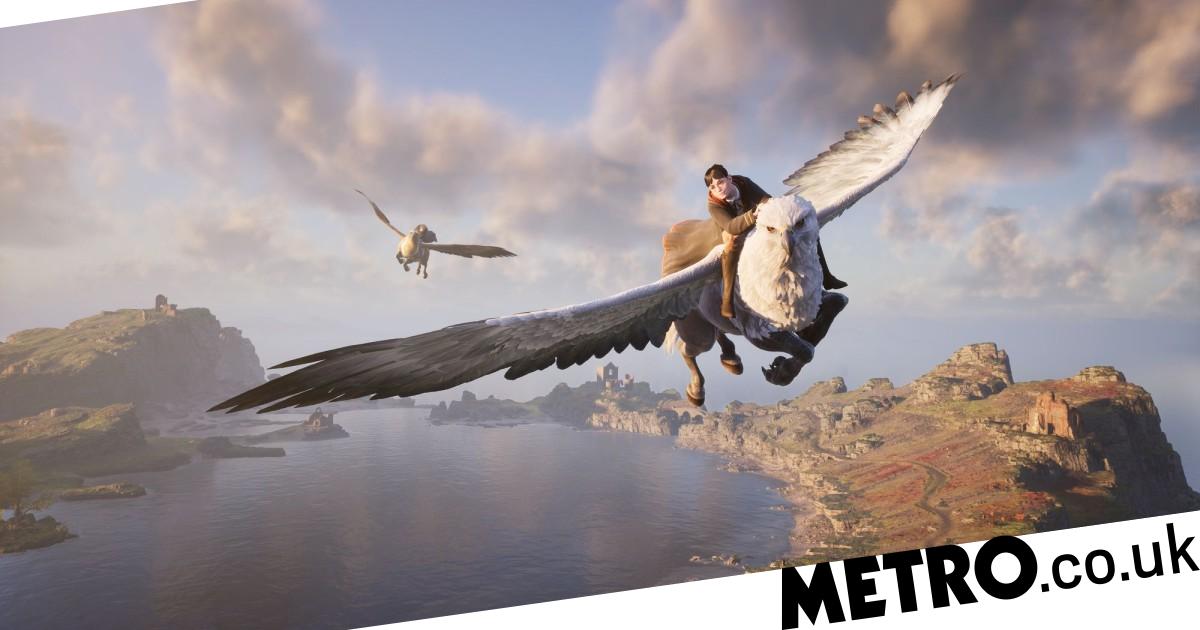