The Wednesday letters page is frustrated about the lack of Zelda: Tears Of The Kingdom news, as one reader imagines Zack Snyder’s Killzone.

Deals of the week
Since there’s never going to be a deal on the PlayStation 5 during Black Friday, I’d kind of resigned myself to there not be anything worthwhile but I’ve got a few things I’m thinking of pulling the trigger on. Horizon Forbidden West for £35 is very tempting, as I didn’t like the original that much (didn’t hate it though) and didn’t want to pay £70 for the sequel.

£35 is fine though, especially as it’s something I will be able to sell on later. I may pick up a few other games using that logic, perhaps even Gotham Knights, but what I’m seriously considering is the Switch OLED offer at Very with Pokémon Scarlet/Violet, as I’ve never had a Switch. I’m not interested in Pokémon so I figure I can sell that for close to its normal value and get a major bargain.

Those are my two picks for the best bargains so far, Horizon Forbidden West and the Switch, but I’m still hoping for some others. Sometimes Call Of Duty sees a small discount as well, but I think maybe Modern Warfare 2 has been too successful this year, so that may not happen.
Kets

Perfect timing
So if Zelda: Tears Of The Kingdom is out in May, and we basically know nothing about it at the moment, that means that there probably is a good chance of seeing it next month at The Game Awards, right?

Thanks to the pandemic it’s ages since we’ve had a new Zelda, even just a remaster or remake, so I am really looking forward to this one. But the fact that we really have no idea about the story or gimmicks leaves it hard to really get a fix on it and what you’re looking forward to.

There’s been a lot of talk recently about how and when a game should be announced, but I think it’s more of a question of when you go into detail about it. I agree you don’t want to announce anything too early and end up hearing about it for a year or more but I do think around the six months mark is a good point to make it clear what the game is all about.

Of course Nintendo play by their own rules but I’d certainly be frustrated if other publishers only started to reveal real details a couple of weeks before launch, as has already happened with Need For Speed this year.
Mansion

God of vampire killers
The director of God Of War wants to make Castlevania next?! I guess I didn’t see that one coming but the two series do have similarities. The semi-open worlds are very similar and while God Of War doesn’t go all in on the backtracking once you’ve got new items there is some of that, especially with the spear weapon when you get it.

I don’t think it would take much at all to turn God Of War into Castlevania, so I’m all for it. No idea if it would happen though. I do remember there were rumours of Sony doing a Metal Gear Solid remake, as well as Silent Hill, but was there ever anything about Castlevania? I don’t think so.

I do think there’s a reasonable chance of something helping though. We know Santa Monica studio are working on multiple games right now, God Of War has been such a hit they probably have their pick of what they want to work on, and I’m sure Konami would love the attention. You’re talking five years before it happens though, knowing how long these things take.
Korbie

GC: There were indeed vague rumours about Sony being involved in a Metal Gear Solid remake, but we don’t remember anything about Castlevania.

Helghast return
Have you seen the teaser image for Zack Snyder’s new Netflix movie Rebel Moon? It looks very much like a Killzone movie, with similar looking bad guys.

It was written to be a standalone Star Wars film but they have repurposed it into (hopefully) a new franchise.
Cu8e5 (gamertag)/Cubes (PSN ID)

GC: It does look familiar. 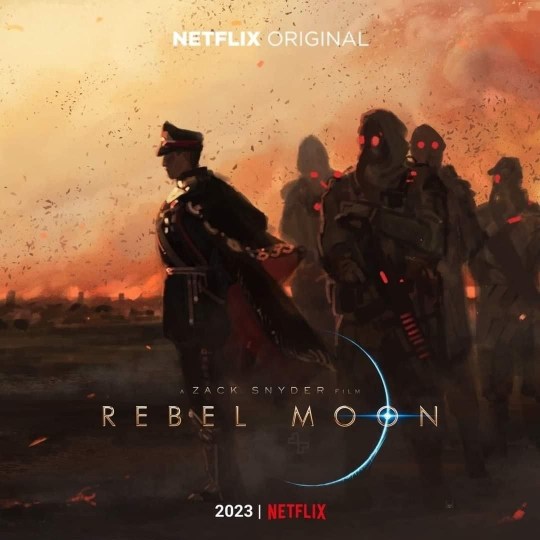 At least it keeps him off Star Wars (pic: Netflix)

The detective in me
Great review, GC, for The Devil In Me. I will be receiving this game as a present for Christmas. I was getting a bit worried, as it’s been getting a bit of a mixed reception with quite a few referring to it as average at best. Even IGN, who I find to be quite generous giving high scores, only rated it as a 5/10. So thank you reassuring me with a positive verdict.

On the subject of Supermassive Games, my favourite of theirs, after Until Dawn, is Hidden Agenda. You play the parts of a detective and a district attorney tracking down a serial killer. It is currently only £7.99 on the PS Store. Highly recommended!
Tony- -1975 (PSN ID)

Hot potato
I for one really enjoy The Dark Pictures Anthology and games of that ilk – an enjoyable interactive couch co-op experience, almost…

Why-oh-why do we not have the option to have more than one controller, rather than having to endlessly pass it down the line? Passing it round is such a chore and really dilutes the immersive experience.

Surely, I can’t be the only one to think this? It isn’t something I see mentioned about as an issue in any of the reviews I read, including your own?
Geoff

GC: We agree. The party mode has never worked the way we imagined, when we first heard it described, but unfortunately it’s never changed.

Trust issues
So Xbox has said Call Of Duty will stay on PlayStation for another 10 years, yet they have said they’re buying them for King mostly. Is every second word they use a lie?

I don’t think the Activision Blizzard acquisition will go through. You can see Xbox saying anything to get the deal through and the people investigating them will see that and hopefully say no.
David

A decade of COD
So it seems Microsoft offering a 10 year deal for Call Of Duty is still insufficient for Sony. A permanent deal is unrealistic for a number of reasons but I feel Sony’s continued disapproval of the Activision deal has nothing to do with concerns over losing Call Of Duty. A stronger Game Pass is their issue, which given Sony’s apathy towards their own subscription service suggests it’s a business model they are reluctantly being forced into. The fear of increased competition is the crux of Sony’s concerns. Will Sony even respond publicly? A 10 year deal doesn’t really fit Jim Ryan’s narrative.

I’ve seen some suggestions Xbox are ‘bending the knee’ to Sony with this offer, which I don’t agree with. Making Call Of Duty an exclusive never made any sense, since it’s a game which relies upon its large install base. Microsoft underselling Call Of Duty is laughable, because their main reason for owning it is to make Game Pass so much stronger.

At this point I feel Phil Spencer will agree to almost any concessions just to get the deal over the line. The recent controversy over an EU commissioner showing bias towards PlayStation is perhaps the driving force behind Xbox coming up with the offer. Or maybe they’re just fed up with the situation, like the rest of us?
Anon

Inbox also-rans
I found my Everyone’s A Wally T-shirt from 1985 at the back of my wardrobe. I wondered about a weekend Hot Topic about merchandise. Here’s a photo of my T-shirt that I took today.
DrIJN (PSN ID) 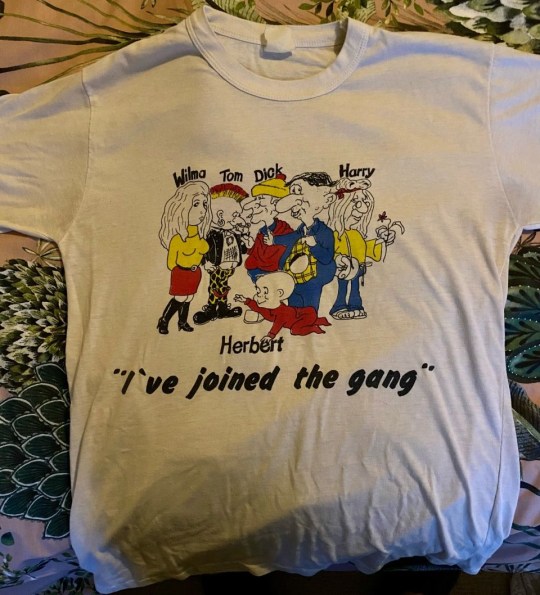 The game may have been forgotten but the T-shirt lives on (pic: DrIJN)

Last episode of Andor tonight! Can’t wait to see it but for any not convinced and existing fans I thought this was great.
Dunston

GC: It is great, you’re right.

This week’s Hot Topic
The subject for this weekend’s Inbox was inspired by reader Grackle and their recent Reader’s Feature about the best-looking games on the PlayStation 4.

If it’s expanded to include all last gen consoles (so Xbox One, Wii U, and Nintendo Switch) what do you feel was the most technically impressive game of the last generation, as well as the one that made the most impression on an artistic level?

How impressed where you by the improvements made during the course of the generation and where you satisfied that they were a significant advancement on the Xbox 360/PlayStation 3 era?

You can also submit your own 500 to 600-word Reader’s Feature at any time via email or our Submit Stuff page, which if used will be shown in the next available weekend slot.