Should Battlefield Portal just throw everything in? (pic: EA)

The Friday Inbox is cautiously optimistic about the death of PES and the rise of eFootball, as one reader looks forward to The Last Faith.

Asymmetric warfare
That was actually a pretty good E3-ish event from EA, I can’t lie. It’s a shame Dead Space was leaked but it looked good and I’m glad it’s a remake rather than a reboot, that guarantees the best chance of being as brutal as the original and having the same tone. Being next gen only was a nice bonus too.

Grid Legends isn’t really my thing, but Battlefield 2042 is and I was really impressed by Battlefield Portal. I’m sure some people will not see what there is to get excited about but this level of control over games seems amazing to me. I don’t know if I’m going to have the know-how to use the programming aspects, but the fact that it’s that complicated shows how many options there are.

I love the idea of mixing the different eras too and really hope that they’ll add Battlefield 2142, Battlefield 1, and Vietnam eventually. I imagine they will if it’s a success. You could basically make a War of the Worlds equivalent with Battlefield 1 vs. 2142 and to me that would be super cool. Well done DICE, I will definitely be buying this game.
Blitzen

Least worst
So Dead Space is a remake after all, eh? On first reflection that really seems like the least interesting option of the three, unless they’re going to radically change it and get rid of the endless ‘go here and fix that’ missions. It being next gen only is what keeps my interest though, nice to see EA commit to that.

In trying to figure out the logic behind a remake I think the two options are either: they’re just doing it because that’s what Resident Evil did or they plan to rewrite the whole series and while 2 was good maybe have 3 as a complete do-over. I guess the first option is the most likely but whichever it is I imagine they’re just testing the water (and their next gen tech).

I have to admit though EA Play was pretty good. The Battlefield Portal think look quite impressive and while the wrestling guy, whoever he was, was annoying he was still probably better than the usual EA presenters. I agree with others who have suggested that EA are the least worst of the big three, despite all their money-making scams.
Preston

Steal from the best
Excellent review of Wildermyth and proof that big budget doesn’t necessarily mean high quality. If we’re here to help GC with indie recommendations, then the upcoming Metrovania title The Last Faith looks highly promising.
Admittedly it’s paying a rather large homage to Bloodborne but that’s hardly a negative. It’s a multi-platform title too so that’ll hopefully boost its media exposure. Think the release date is August if my memory serves me correct.
Wonk

GC: That does look nice, we’ll keep an eye on it. Although the Steam page just says TBA.

Whale hunting
I don’t even know why I’m incensed about Ubisoft’s latest statement. I tried Elite Squad for a few minutes when it was released, and quickly realised it could barely be described as a game.

The amount of currencies and intermediary gates to do anything was only astonishing in its boldness to show its dirty, rotten, microtransaction-filled hand so quickly.

But it’s closure for me thinking about these finite games that exist only as long as they generate money. If you’re a whale, and spent thousands on this title, what are you left with?

Absolutely nothing. Yet, FIFA does it every year. It is openly finite and yet it brings in hundreds of millions.

I just can’t fathom how so many people could be so taken in when they’re going to be asked to do the same a year later.

Rather sad about it all now…
Matt

Two games
RE: Kiran. I’m sorry but you can’t judge the PlayStation 5 or Xbox yet. Don’t get me wrong, Xbox showing the power of the Xbox Series X was very impressive on a racing game. Sony hasn’t shown any games like that, they haven’t shown Gran Turismo 7 on PlayStation 5. Might be the same, might even be better. We will have to wait and see what Sony’s is like when they show it off and then compare it.

And let’s be honest, that’s one game they have shown working on Xbox Series X. Don’t get me wrong, that game has made me start thinking, yep, Xbox Series X, I’ll buy as well. But one game doesn’t sell a console. All their games need to look like that and that’s a lot of work. Let’s wait and see what Sony show at their event, if they ever have one.
David

GC: The first Gran Turismo 7 trailer was over a year ago, before it became a cross-gen title. Also, one game has frequently sold a console. That’s the whole point of a killer app.

Filthy tactics
I just wanted to put in a good word for Wreckfest on the next gen consoles. I’m playing it on the Xbox Series X and it’s had a major update since GC reviewed it, which was a few years ago now on release. I did read the review though and you gave it a 9/10, which it thoroughly deserves for the gameplay.

They’ve updated the game to 4K and 60fps and added a host of graphical improvements. But the best part about it is that the upgrade increases the race cars from 16 to 24 on the starting grid and it’s pure mayhem and hilarious too, I’m absolutely loving it. It’s a total breath of fresh air after trying to do clean racing laps on Forza and now being able to unleash my filthy tactics to take people out into the barriers.

The upgrade isn’t free though. If you own the last gen version it costs £8.39 to upgrade to the next gen version. I bought the game from Amazon for £16.75, thinking I’d be able to upgrade for free but it wasn’t so.

It’s still worth the price of the upgrade in my opinion. It’s also available on Game Pass for anyone that hasn’t tried it. I whole heartedly recommend you give it a shot.
Nick The Greek

Free to play
I’m not sure I really understand Netflix’s video game plans? If they’re only mostly doing mobile games aren’t most mobile games free anyway? They haven’t got their own studios, so they can’t be planning to make their own games, so what are they playing at exactly?

I’ve read that subscriptions are falling drastically, especially in America, since the end of lockdown so this sounds like one of those pie in the sky things companies tell investors with no real intention of taking it seriously, just so long as it sounds like a good idea. I should be very surprise if they release more than a handful before quietly giving up on the idea.
Benson

Where the money lies
The move towards a subscription-based model for ISS Pro/PES makes perfect sense but could also be the end of my interest in the series, depending on how they handle it. The games have always been about the single-player experience for me, with the hugely addictive Master League mode making the games a fixture on my consoles for the past 20 years (except in the PlayStation 3/Xbox 360 era when I thought they were rubbish so bought FIFA… PES 6 on PlayStation 2 was a masterpiece though!).

There’s just something about starting with a team of journeymen and youngsters, scraping through initial games by the skin of your teeth and then gradually levelling up to become world-beaters that never gets old for me, with a gameplay loop that’d be more at home in a role-playing than a football game.

However, times have changed and it’s clear that eSports is where the money lies for Konami. While they may still include single-player modes as DLC, the focus on PvP means I’m sceptical that they’ll put the same amount of effort into the evolution of opponent AI and offline game modes as they have done previously.
I’ll be watching intently to see how it all plays out, and the Master League DLC might be great, but at the moment it does feel a wee bit like one of my favourite game series is outgrowing me. We’ll always have Pro Evolution Soccer 6 though.
Magnumstache

Inbox also-rans
Hate to break it to Andrew J. but he isn’t going to be top of the Good Life credits.
Aaron A. Aardvark

Live action cut scenes in a Grid game? I don’t even know how you begin to get into the position where that seems like it was a good idea. Especially as it probably cost a fortune.
Dalliard

This week’s Hot Topic
The subject for this weekend’s Inbox was suggested by reader Iceman, who asks what game do you most regret buying, or receiving as a present, during your childhood?

Kids are even more prone to hype than adults, and we all have games we’re embarrassed to remember looking forward to, but which one upset you the most? Did it ruin a birthday or Christmas or was it something you spent your own money on and bitterly regretted?

What sort of success rate did you have as a kid, in terms of the quality of the games you picked, and how did you make your choices? What advert or review do you remember as being the most misleading and did you fall for it yourself? 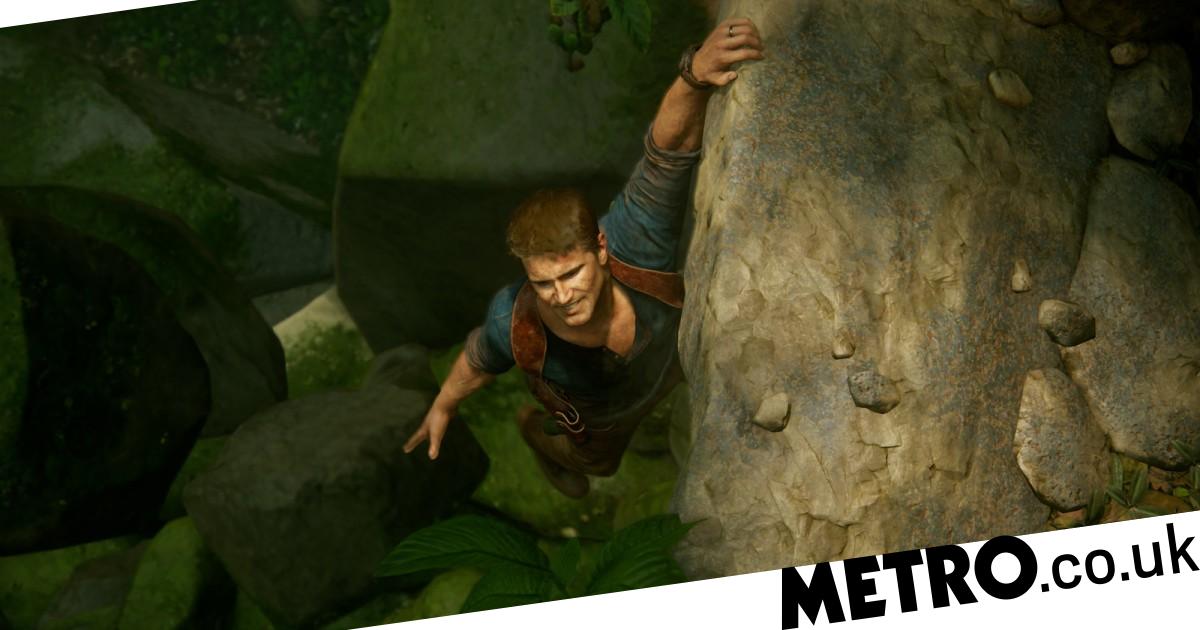