FIFA 23 releases tomorrow for those who have pre-ordered the Ultimate Edition.

However, some players will be able to access the full game even earlier, thanks to an unlimited free trial.

Unlike the demo, the trial will give players full access to all of the game’s features ahead of launch.

Find out if you are eligible to try FIFA 23 early here.

Who can play FIFA 23 early?

FIFA 23 will be available to those who subscribe to EA Play as part of a ten-hour free trial. 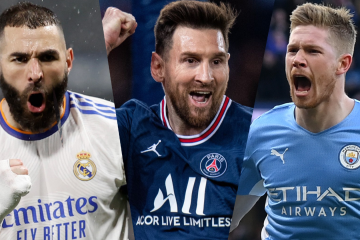 EA Play is available for those who want to play on Windows PC, Xbox One, Xbox Series X|S, PlayStation 4, and PlayStation 5.

EA Play members will be able to access the trial by preloading the game before launch.

The trial day starts on Tuesday, September 27, but you can preload the game now to make sure you are ready for launch.

No specific time has been given for when the free trial will launch, but in previous years it has been available from mid-afternoon.

The game officially launches on September 30, but those who have already preordered will still be able to gain access before then.

When you launch the trial you will see a ten-hour countdown in the corner.

Once those ten hours are up you will have to wait until the full game releases.

If you preordered the Ultimate Edition, you will still have access to the game a few hours before this edition launches.

After the ten-hour trial you will then be able to launch the full game immediately.

Will my save data for FIFA 23 carry over from the free trial?

Yes. Anything you do in the free trial will automatically transfer once the full game releases.

Those using the companion web or mobile apps will also be able to link their accounts.

This means any FIFA Ultimate Team (FUT) packs opened either during the trial, or via the apps will be available in the full game.