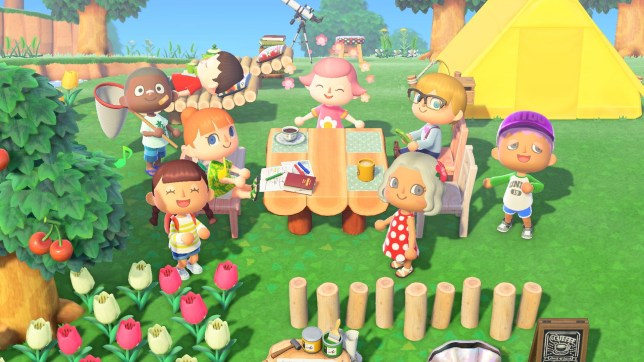 Animal Crossing has been a major contributing factor (pic: Nintendo)

New figures confirm that the Switch has overtaken the 3DS’ lifetime sales, with the new Animal Crossing continuing to sell like crazy.

2020 may have been the year the ninth generation of consoles began, but it was also a fantastic year for Nintendo, with its Switch console showing no slowdown in popularity.

The combination of the pandemic-induced lockdown and the release of Animal Crossing: New Horizons saw lifetime sales for the console exceed 61 million by the end of August.

And now the latest financial reports reveal that, following the end of the third quarter of the fiscal year, the number has shot up to 79.87 million.

That includes sales for both the standard Switch and handheld-only Switch Lite and sees the format pass the lifetime sales of the 3DS, which stands at 75.94 million units.

According to a sales chart provided by analyst Daniel Ahmad, the Switch has also sold more units since launch than the 3DS managed in the same timeframe and it could feasibly overtake the Wii by the end of the year (though not in lifetime sales – the Wii sits at 101.63 million units sold).

For context, the PlayStation 4 had shipped 113.6 million consoles by the end of September, while the Xbox One is estimated to have sold around 50 million – although Microsoft does not reveal official figures for its consoles.

Here is how the Switch compares to other Nintendo consoles.

Switch won’t catch DS, but it’ll track alongside Wii for most of this year, overtaking it by the end of the year. pic.twitter.com/adR5afwDmN

In terms of games, Animal Crossing: New Horizons in particular has continued to perform extremely well. Through October to December, it pushed another 5.14 million units, which now brings its lifetime sales to 31.18 million.

That doesn’t quite make it the best-selling game on the Switch, with that honour going to Mario Kart 8 Deluxe, with its 33.41 million sales, but it will almost certainly pass it this year.

In fact, a ResetEra user has crunched the numbers and realised that it’s close to outselling every other Animal Cross game combined.

Another ResetEra user has handily compiled all of Nintendo’s sales data, but you can also read Nintendo’s financial reports for yourself here and here.

Though some are insistent that Nintendo is hard at work on an improved Switch console – the mythical Switch Pro – with sales numbers like these, the company arguably doesn’t need to upgrade for the time being.