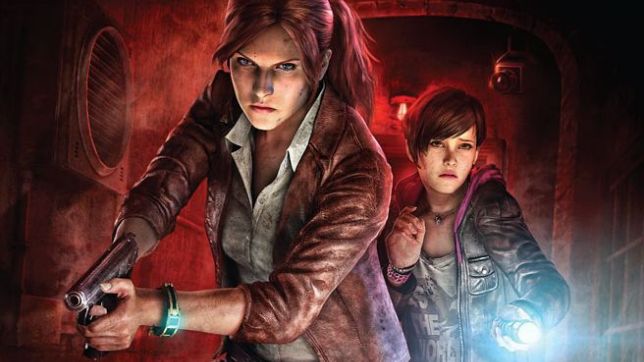 Resident Evil Revelations 2 – not the end of the story? (pic: Capcom)

There may be another, secret 25th anniversary game for Resident Evil in development – a big budget Resident Evil Revelations game called Outrage.

New rumours suggest there is another Resident Evil game due to roughly coincide with the 25th anniversary of the franchise and at first it will be a Nintendo Switch exclusive.

The game is supposedly a timed exclusive for the Nintendo Switch, which is not as random as it sounds as the sub-series started out as a 3DS exclusive. The game will eventually be released on ‘everything’ though and will be cross-gen.

Ultimately Capcom will choose when it does, but I honestly suspect we will not be waiting too long after Village’s release. https://t.co/07Snxu89Dr

The implication is that the game is still a Revelations sequel in all but name, which would mean an emphasis on co-op play, and that the main character is ‘Rebecca’. That’s presumably Rebecca Chambers, the medic from the original Resident Evil and Resident Evil 0.

Apparently there will also be another two protagonists who are also returning characters, but there’s no indication of who they are yet (Revelations 2 featured Barry Burton and his daughter, plus Claire Redfield).

Interestingly, AestheticGamer claims that the game will have a higher budget than either of the two previous titles and that Outrage has been in development for four years, comparing it to Code: Veronica in terms of size and budget.

The exact release date is unclear but the suggestion is that it will be out within the next 12 months, after initially being intended as a 25th anniversary release. That means it could be out later this year or sometime in early 2022.

Although AestheticGamer’s information on the long-rumoured new Silent Hill game hasn’t yet panned out they’ve always been pretty accurate on everything Resident Evil related. In this case, they also imply that @jessedoeshorror of Biohazard Declassified has heard the same rumours.

Ultimately, it’s still a rumour without any proof but given the reliability of both people it does seem very likely that the Switch will be getting its first new Resident Evil game relatively soon.