Death’s Door is an action-adventure game developed by Acid Nerve and published by Devolver Digital. It was initially released in July 2021 for PC and Xbox, but it’s now on the Nintendo Switch. This game was nominated as Best Indie for the 2021 Game Awards, so let’s see if it holds up to that standard.

In Death’s Door, you play as a crow who reaps souls. However, there seems to be more going on than meets the eye. I won’t say too much about the story for spoiler’s sake, but it’s a good one. The storytelling is gradual, and you learn bits and pieces of it through logbooks written by other crows. Also, you might reap the occasional soul of a crow and learn more that way.

The crows are within a world of doors that lead to different areas. You need to find each door, though. So, the game is linear, and it’s not easy to get lost. As you go through each area, you’ll find more doors that act as a saving point. You can go back to the world of doors and speak to a specific crow that will help upgrade your skills (such as strength or speed) based on the number of orbs you found. Each orb is 100 points, and defeating enemies will also give you a couple of points. 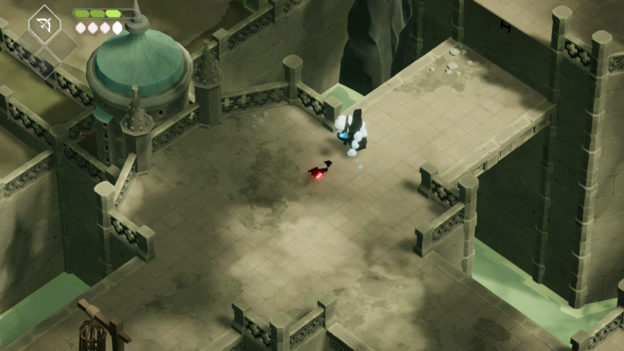 Enemies wander around each area. Sometimes, you’ll get locked in a room and end up having a boss rush where hordes of enemies come at once. When defeated, another wave comes on, and so on. This typically happens when you’re about to find something big, such as a crow’s soul.

Death’s Door is action-packed with easy controls that are smooth and responsive. You can attack with your sword (and find other melee weapons within the different levels) and dodge attacks by rolling. In addition, your crow starts with arrows and can then gain new magic powers—such as fire or bombs. Each one you unlock will help you with puzzles upcoming in the game. 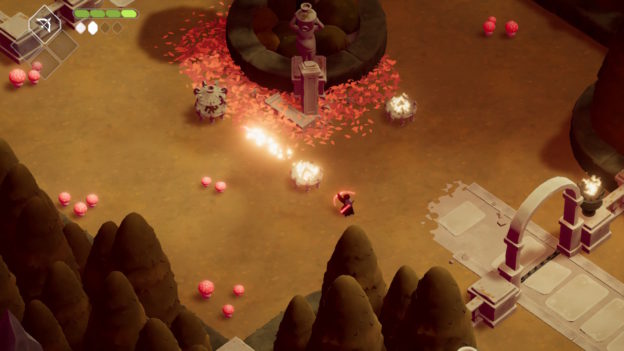 Aside from the gameplay, Death’s Door has phenomenal aesthetics. The world of doors is black and white, while the levels themselves have a splash of color. However, the color is dull, immersing you within the world and your purpose there—to collect souls. The music for each level and boss fights is catchy and fits well for the moment.

There are no difficulty settings in this game, so it’s a challenge in its own right. The beginning is tricky, but it’s easy enough to get used to the game’s style. It gets more difficult the farther along you get, however, so be prepared to die a lot in Death’s Door. The deaths didn’t make me rage at all, they only made me tell myself “one more try” and psych myself up that I could do it. I played this game for a few hours straight until midnight the first time I turned the game on. I haven’t played a game like that in a long time. 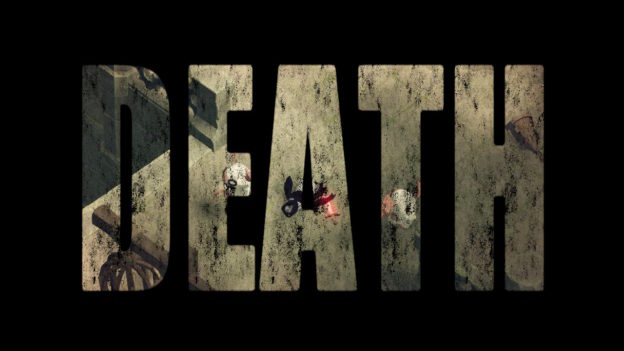 I have zero complaints about Death’s Door. It’s a relatively short game with an in-depth story told uniquely. The controls and overall aesthetic are great. Despite collecting souls, Death’s Door is a breath of fresh air.