Welcome to one of a pair of reviews for Kingdom Tales (the second being the forthcoming Kingdom Tales 2). The two Kingdom Tales instalments are set in the same world and with the same functions, so a lot of the details will be the same.

In fact, this first installment of Kingdom Tales is already “more of the same,” as it’s another in a long line of resource management sims from Ocean Media. This is not necessarily a bad thing, so let’s get to some details.

You begin as an explorer being sent out to expand the kingdom and, hopefully, make peace with the dragon. There isn’t much in the way of plot, but the game doesn’t want to tell you a story, it wants you to do things. There will be a bit of background provided when you start a new level, especially when there are new building types or goals involved. 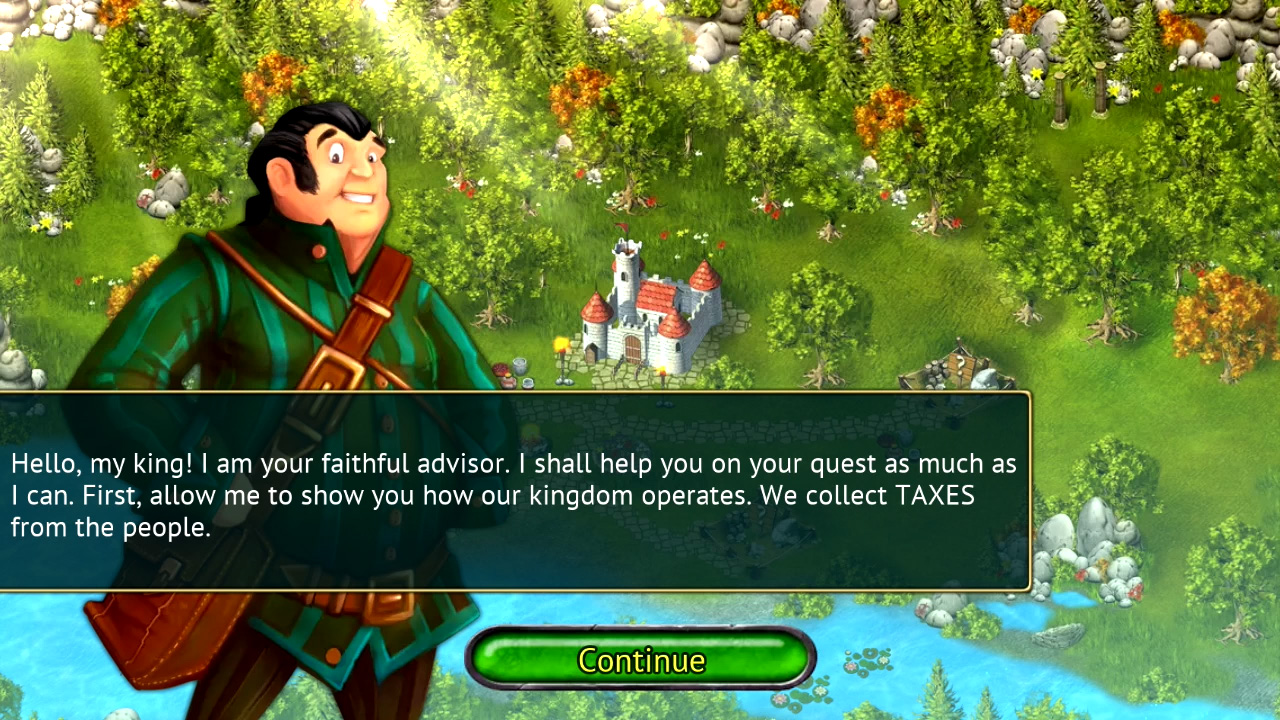 Most of the game is spent tapping on items. Tap on a house to collect gold. Tap on the menu to create more houses to earn gold faster, to create a well to keep everyone happy, to create a production building to provide lumber to build or upgrade the other buildings, and so on.

Kingdom Tales is basically a resource management sim, so what you really need to do is build resources as quickly as possible. There is a timer counting down as a vertical bar on the left of the screen. You don’t lose if time runs out, but you only get bonus points for time if you have some left. 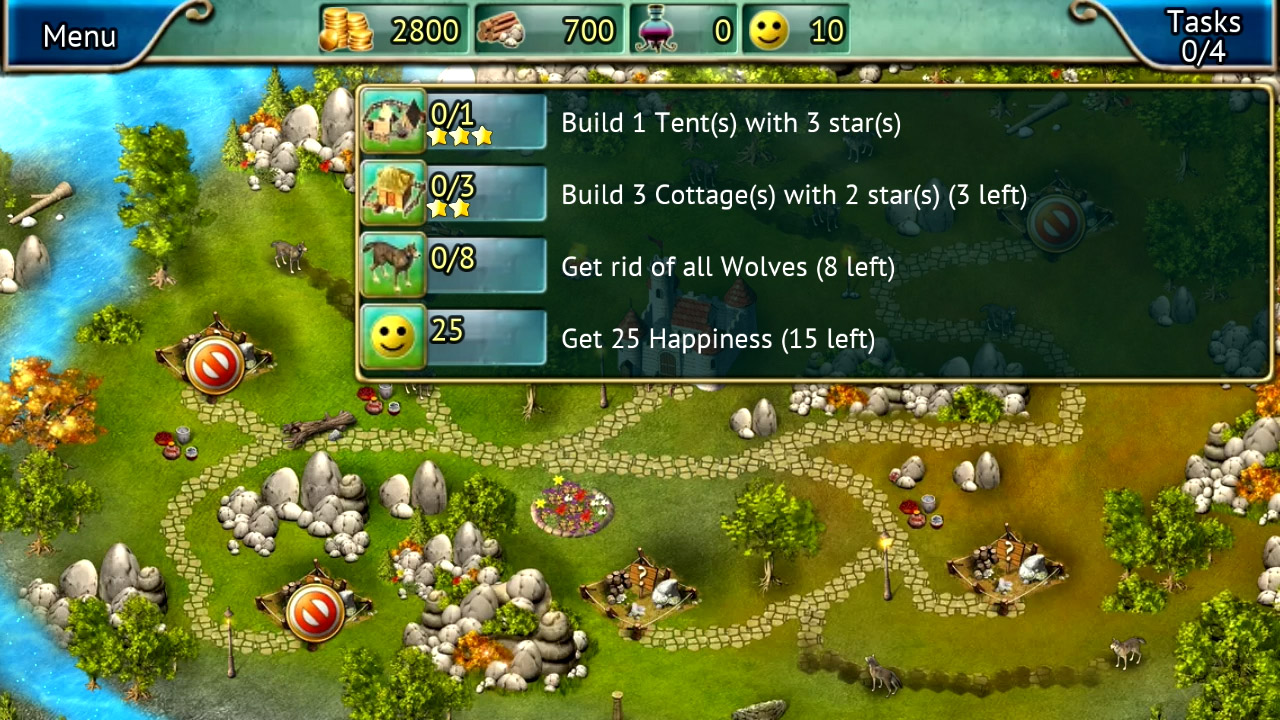 At the start of the round, the game will lay out specific goals you need to accomplish. If you forget, there is a button at the top right of the screen to tell you how many goals you have met; tap on it and you can review the details. Pay attention to the specifics of the goals; I got confused on a level because I thought I met the criteria, but the round wouldn’t end. It seems I built extra tents for housing, and missed that the round wanted cabins. If you pull a boneheaded play like this, you have two options—you can demolish the building(s) you don’t need and rebuild, or you can just start the round over.

The game can be played on the TV with the Joy-Con controls, but I caution against that. You can use the right Joy-Con to move the arrow to your target, and the ZR button to “tap,” but it is a lot slower than using the console screen and your finger. I have played several games like this on mobile/smartphone platforms, and that’s where this mode of gameplay is best experienced. Speed is needed to make sure you are collecting and building and shooing away wild animals and generally keeping everything moving along. After all, you are trying to beat a timer to earn those bonus points. 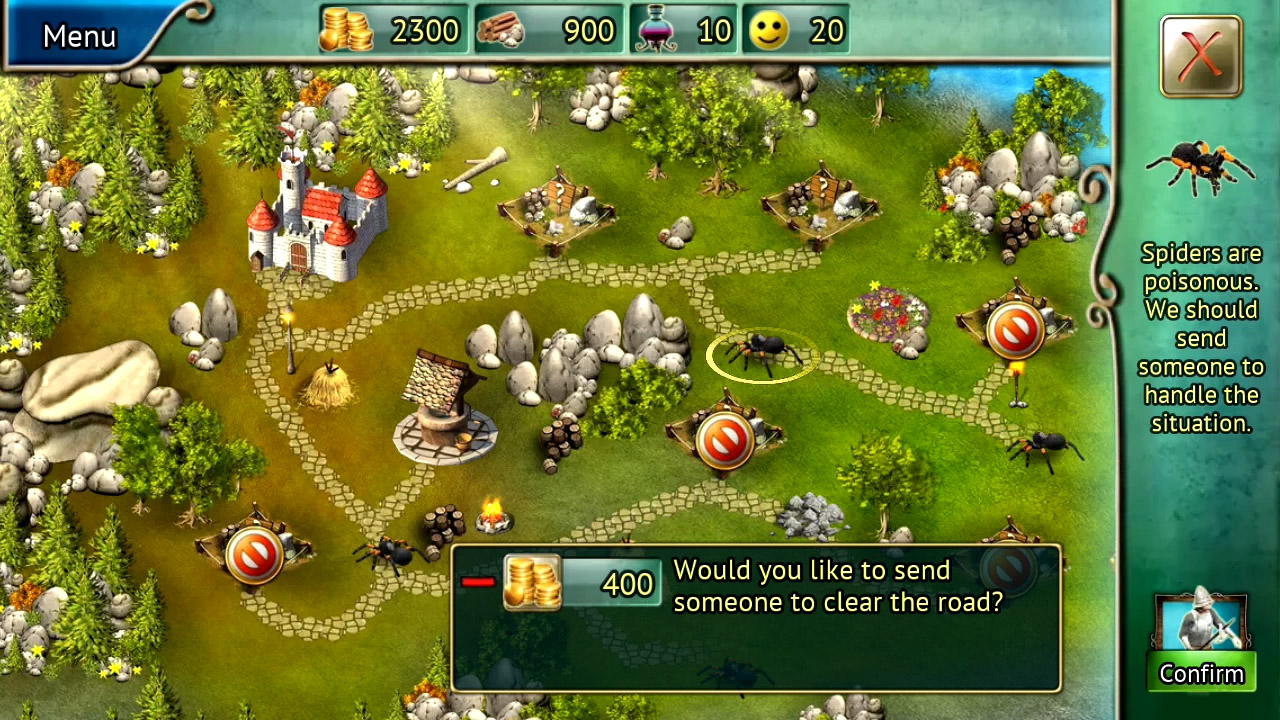 Kingdom Tales throws in hidden treasure chests, and they are worth finding as quickly as possible. Some of the levels start you with very limited resources, and finding some extra gold or extra lumber can make a big difference in getting your production running quickly enough to complete the goals before time runs out. As you progress through the levels, the game will add new types of buildings which provide new resources, additional levels of upgrades so you can produce things faster, and different types of goals to keep you poking all over the screen like a woodpecker playing whack-a-mole.

All this is well and good, but Kingdom Tales is another in a long line of similar games; there is nothing really original or unique about it. One upside is that there are three difficulty levels, so you can really challenge yourself and can get some good playtime for the price. 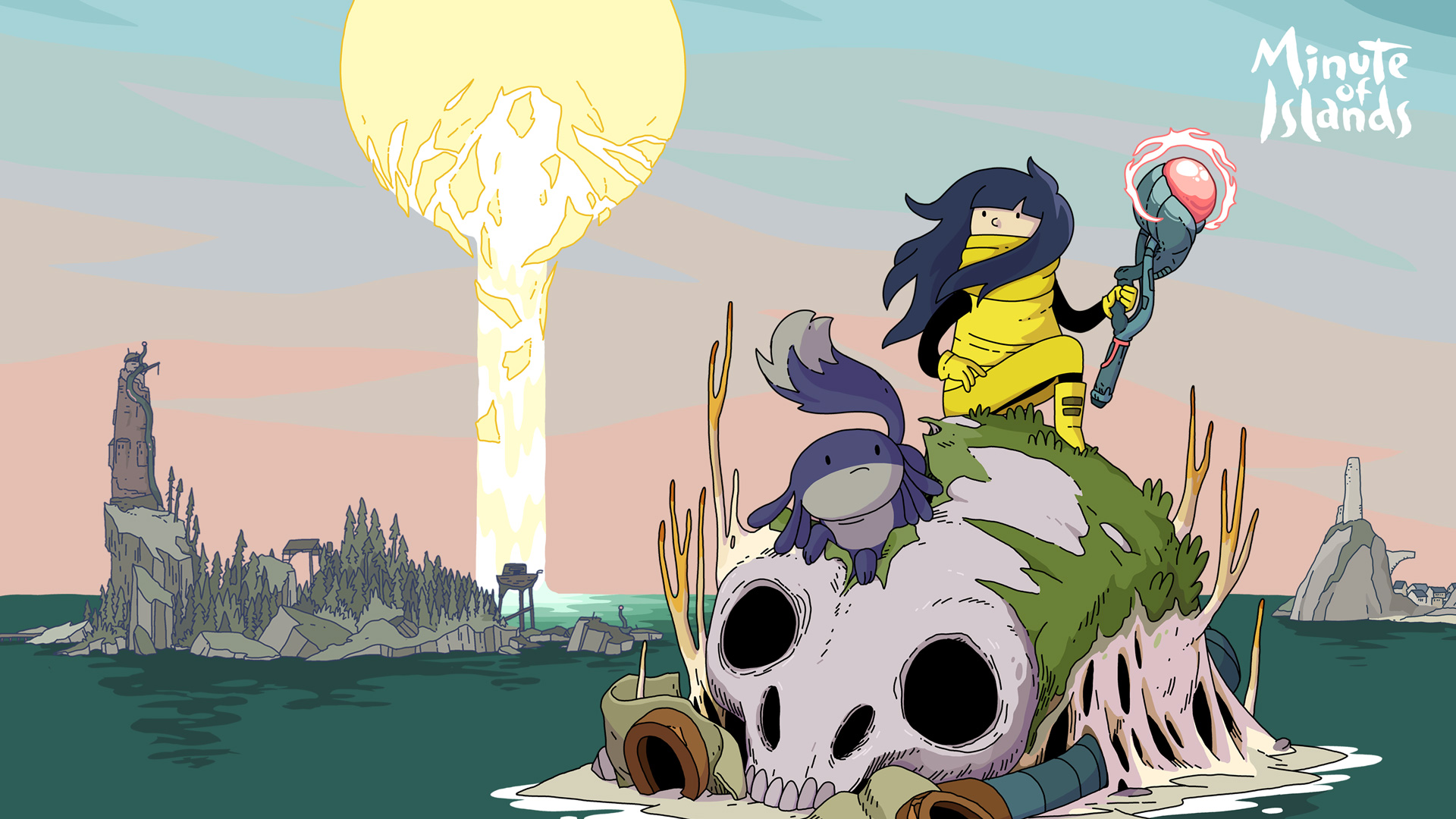