Townscaper is a title full of potential that will sadly never get realized. It sums itself up better than I can, as “…an experimental passion project. More of a toy than a game.” In that sense, it doesn’t fall short of its modest aims. However, it’s an experiment not seen through to completion. And one the developer admits he has no plans of updating. So you’ll grow tired of Townscaper much sooner than expected, waiting for updates that will seemingly never arrive.

A building title at its core, Townscaper is more of a ‘tap and see what happens’ release. Because the game decides what you’re building, and except for color and placement, your input is limited. The simplicity and straightforward nature are well-made for the beginning but never really advance. What you see is what you get, and it’s not much.

Even simple titles can have control quirks, and Townscaper is no different. The controls can take a while to get used to. There’s a static instruction screen but no tutorial. A bit of a shame as the audience I envision possibly gravitating toward this (children) would benefit from the inclusion. Without it, I can see early frustration setting in, especially with some of the choices. For instance, when paying on the touch screen, you “Long press to remove” something and “Very long press to pick color.” Not an ideal or intuitive setup.

Once I accepted the open-and-shut design of this release for what it was, I had some very brief albeit mindless entertainment. Here’s a title to plunk away at for a few minutes with the TV running in the background. You can quickly build a small town and eventually a city. 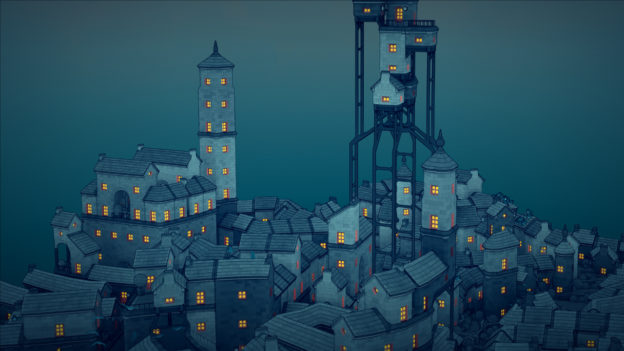 However, no matter how large your town gets, it’s lifeless. I don’t expect a ton of people a la Labyrinth City. But how about some silhouettes in the windows? Smoke from a chimney? Boats parked on the water? Something to indicate life! The lifelessness even extends to the music, or should I say lack thereof; a sizable opportunity missed in a largely silent affair.

There’s not much more to say. Townscaper is what it is. I know that’s a cliched maxim I could say about any Switch release. But it’s especially true here, for better or worse. Without any optional achievements or objectives, in this case, it’s worse.

Townscaper offers little to keep players engaged and seemingly never will. I have to call it what it is, an early access Steam experiment trying to pass itself off as a full-fledged Switch release. It doesn’t even have codes for town sharing (pc only). Since the developer admits no DLC’s on the horizon to address expected features that are MIA, this incomplete title’s one to skip, even at just $5.99. 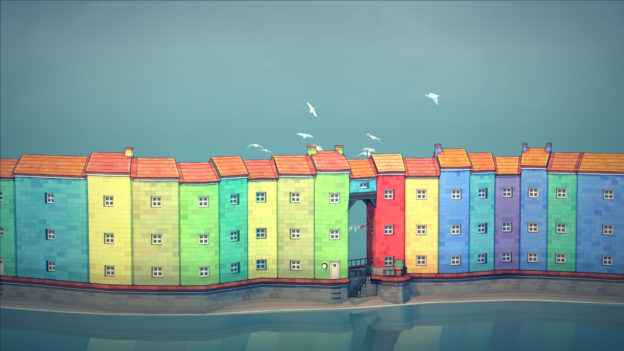