Writhe is an action-adventure, first-person shooter from Mission CTRL Studios. It offers an alternative FPS experience from many FPS games. Let’s take a look at it and see how it plays.

Players take control of an exterminator trying to kill grubs or wyrms that were once used to make a soda. Over the years, the population of them became too much. Your goal is to kill as many as possible while trying to stay alive as long as possible. The story is within the short tutorial, and players who want to learn more about the story can visit the museum. Inside of the museum is also a little bit more information on the soda and weapons and types of enemies. 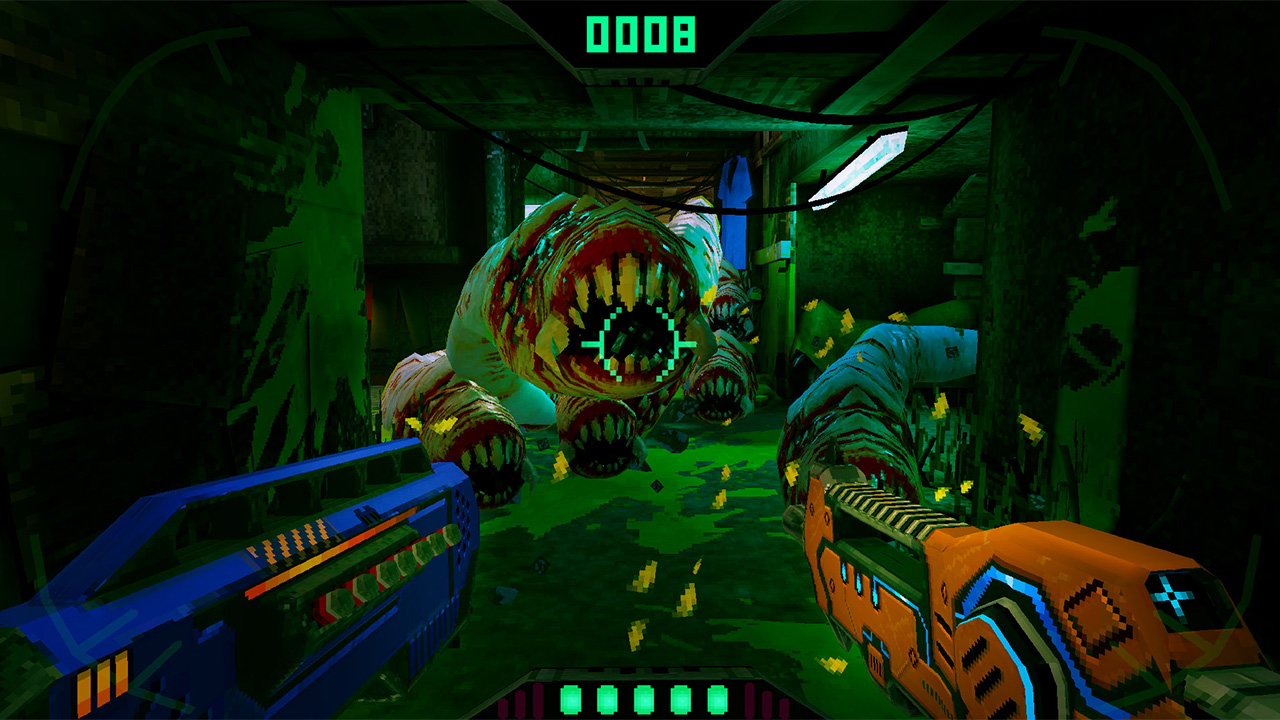 There were three different types of worm enemies within the game. The Grub is easy to kill, but there are many of them. Fusewyrn is slower, but it will explode when killed. The explosion will hurt both you and any nearby enemies. The final enemy is the Bullwyrm, which is harder to kill and faster than the exterminators. Occasionally Gerbs will turn into Pupus, and from the Pupus the Bullwyrm will emerge.

Killing a Pupus will reward you with a healing drink. Killing enemies will drop gems that allow you to upgrade your weapon for that round if you collect enough. Players can decide which weapon they want to upgrade by selecting which upgrade meter they want to fill, whether for their shotgun or plasma blaster. A full plasma blaster bar will allow it to shoot faster, or if you fill the shotgun’s bar, it will enable it to reload quicker. The gems will also collect as a grand total, which can unlock more lore. The levels consist of three different levels: Rundown, Jungle, and Factory. 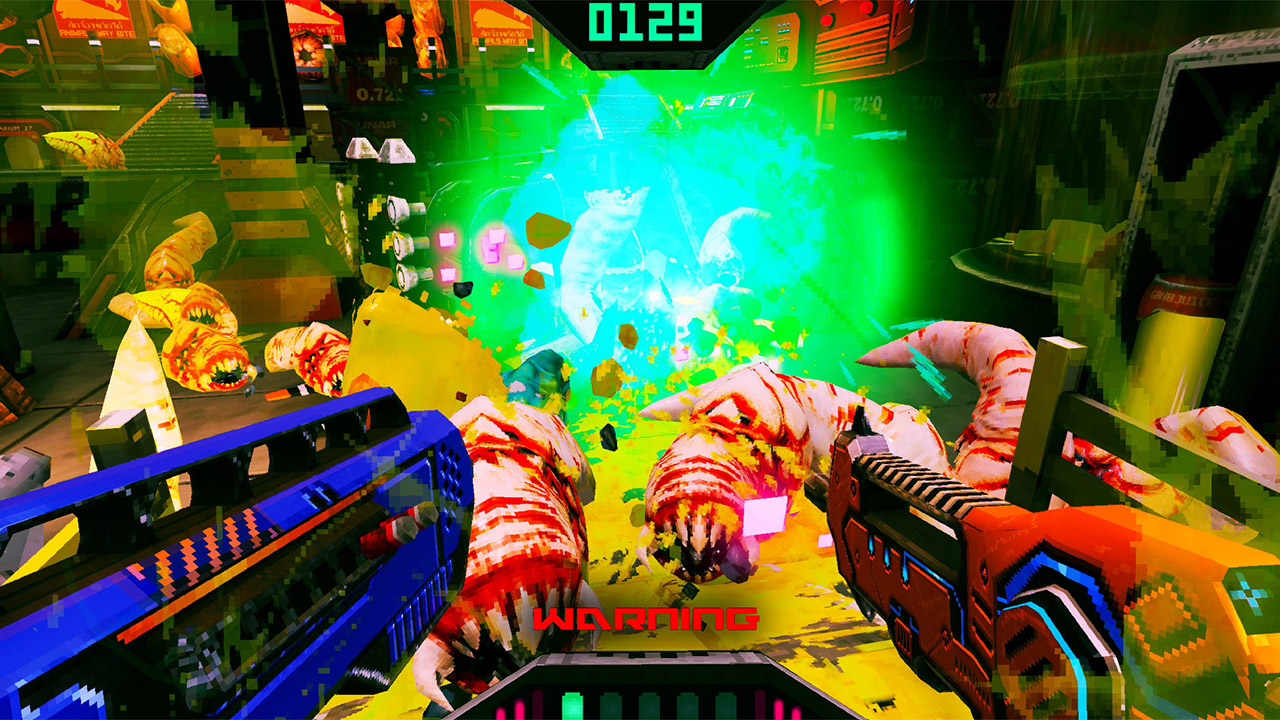 Essentially the longer you play, the greater your legacy. High scores are shown on the leadership boards. If you don’t rank within the top 10 at the bottom of the screen it will show the exact place you ranked. My average runs were usually two to three minutes long, with my longest being just under 6 minutes.

While the lure of Writhe isn’t anything fantastic, the fact that it was built using a two-person team is rather impressive. It feels like an arcade game that would be released in the late ’90s as the arcade slowly closes its doors. The developer is also considering more levels and local co-op, which would be a great addition. As for myself, I would like to see a story mode that increases the gameplay. 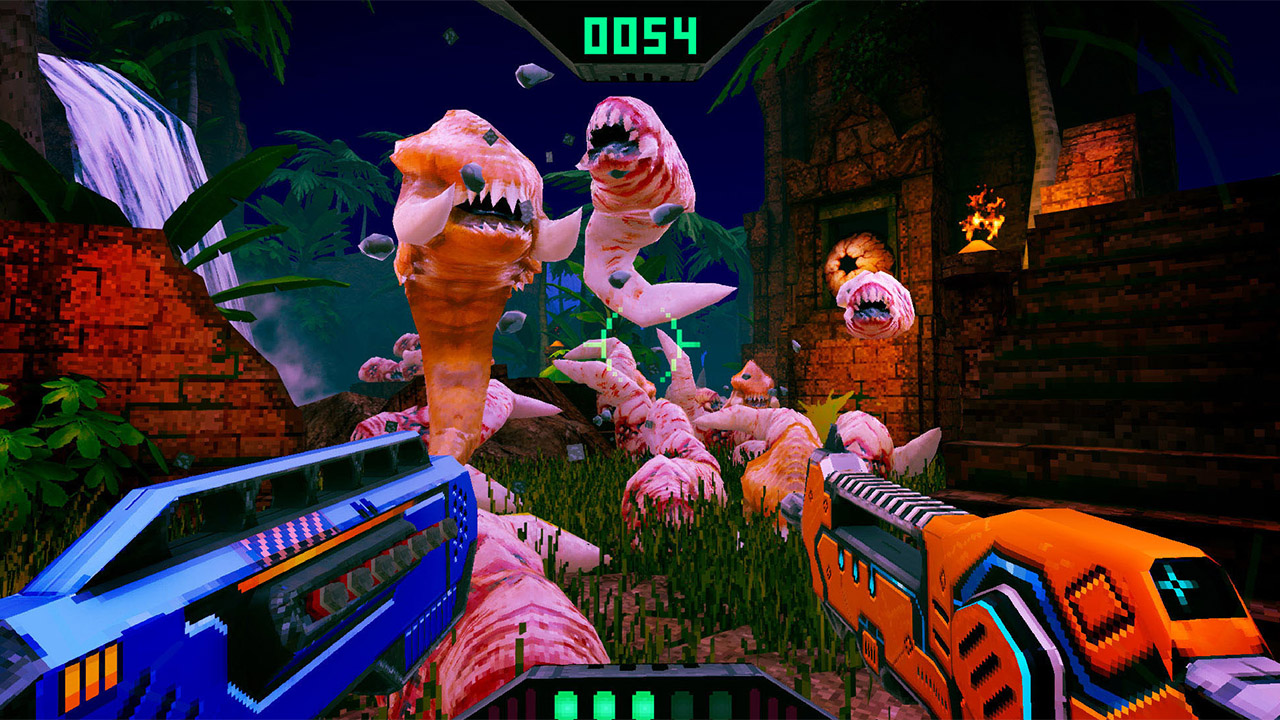 My first impression of the Writhe wasn’t the greatest; after playing several rounds on each level, I started to enjoy it more. While it certainly lacks content, what is there is solid. However, the asking price of $9.99 is a little steep for the content available as of now.