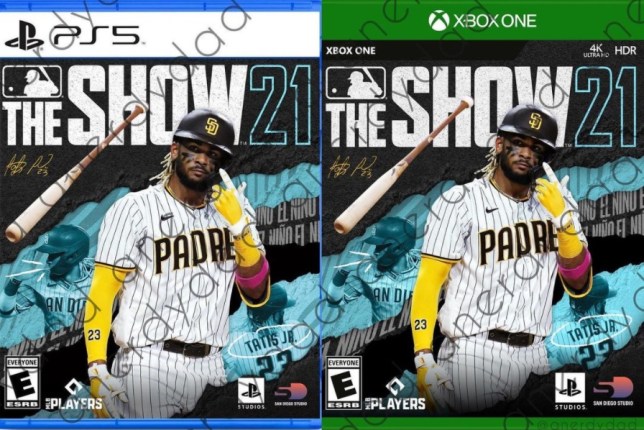 Baseball series MLB: The Show will no longer be a PlayStation exclusive and will make its first appearance on an Xbox console this year.

With the releases of the PlayStation 5 and Xbox Series X/S, Sony and Microsoft’s rivalry has arguably never been stronger. So, imagine picking up a new Xbox game and seeing the PlayStation Studios logo on the box.

That is precisely what is happening, as box art for baseball game MLB: The Show 21 has been shared online and looks to be being published by Sony.

The images of the PS5 and Xbox One box arts were first posted by anerdydad (who usually leaks info related to Funko Pops) via Instagram.

While some have assumed that the images are fake, especially since the MLB: The Show series has been exclusive to PlayStation since 1997, there is evidence to support this.

Back in 2019, the official Major League Baseball Twitter account announced that, as part of its multi-year extension with Sony, the MLB: The Show series would also be going multi-platform from 2021.

At the time of writing, MLB: The Show 21 has no release date and it’s unknown whether it will also see release on the PlayStation 4, Nintendo Switch, or Xbox Series X/S.

As bizarre as it still is to see the PlayStation logo on an Xbox game cover, Sony has begun to show a willingness to release some of its first party games on other platforms.

Only last year, it brought PlayStation 4 exclusive Horizon: Zero Dawn to PC and a corporate report stated ‘We will explore expanding our first party titles to the PC platform, in order to promote further growth in our profitability.’

Microsoft, by comparison, has already embraced multi-platform releases. Its friendship with Nintendo saw Xbox exclusives like Cuphead and the Ori games come to the Switch and is why Banjo and Kazooie and Minecraft’s Steve made it into Super Smash Bros. Ultimate.

While you shouldn’t expect to see games like The Last Of Us Part 2 come to Xbox any time soon, this new partnership could mark a new precedent in the industry or, at the very least, help foster new collaborations (and maybe put a stop to those ridiculous Sony vs Microsoft fanboy arguments, please?).