GameCentral speaks to BioWare about the 10th anniversary of The Old Republic and why the new Legacy Of The Sith won’t be the last expansion.

This summer, Star Wars: The Old Republic celebrated its 10th anniversary and announced a brand new expansion for players to look forward to: Legacy Of The Sith, due out on December 14. The multiplayer expansion is intended to have a ‘space horror’ feel to it, as players embark on a whole new adventure in a galaxy far, far away.

In terms of timeline, The Old Republic is set nearly 4,000 years before the events in the original Star Wars film, and around 300 years after the two Knights Of The Old Republic titles. The base game is free to download from Steam or from the official website and players can progress as far as level 60 before a battle pass subscription is required, which is unusually generous for such a large MMO.

I recently sat down with the developers to discuss the future of game, and to see what they have in store with the release of Legacy Of The Sith. ‘We want to keep making content for this game, for as long as we can,’ said creative director Charles Boyd, who claims to have been working on the game ‘forever’. ‘As a Star Wars fanatic, we have a really great team and we get to do stuff that no one else gets to do.’

‘We’ve laid out with EA the next couple of years. Our five-year plans’, says Boyd. ‘If we want to last another 10 years, we have to do a lot of improvements, a lot of changes, find where we’re going, where our story is going. Where do we see it with Legacy Of The Sith? Kind of the start of the next 10 years.’

Their plans already extend beyond the new expansion, even if they’re not able to go into any detail on that yet. ‘I don’t think there’s any thought of not having any future expansions’, says producer Keith Kanneg.

‘I think that there is a logical place for them to exist, whether it’s once a year or every two years. I think it’s a question of, ‘What needs to happen next?’. And sometimes it requires a reset. A new expansion, a new story direction to expand on. For us, there’s no time in the future that we expect to limit our number of expansions.’

When it first started, all those years ago, The Old Republic was described by BioWare as basically a third Knights Of The Old Republic title, and essentially several standalone games in one. At launch, playing solo – to better replicate the feel of the original games – was actively encouraged but that’s not necessarily the case now.

‘I think we’ve learnt a lot over the last 10 years’, says Kanneg. ‘What you see is that players like playing solo, they like being left to their own story and their own path and different characters. And we had gone a path that was all story and no MMO content for 10 years and players liked it and played but didn’t stick around.’

Legacy Of The Sith will revolve around a battle between the Galactic Republic and the Sith Empire for resources that are vital for healing medicines across the galaxy. The conflict will take place on the neutral, water planet of Manaan. Depending on the faction that you play, there will be different storylines and encounters to experience.

Large group operations have been a popular feature in The Old Republic. These are challenging tactical encounters that require teamwork to succeed, where you need to fight through waves of enemies to accomplish the objective and gain rewards.

As such, the R-4 anomaly is the latest operation to be introduced with Legacy Of The Sith. It’s an eight-player operation encounter and will take you into deep space to fight against a mysterious Sith cult. This cult is fixated on integrating the dark side of the Force into new technology, posing a threat to the entire galaxy – including the Sith Empire.

From a player’s perspective, the appeal of The Old Republic has always been the customisation of characters and the rich storylines. ‘There is a particular type of experience that you get in a BioWare game. A lot of the developers who came to this project were veterans of games like Knights Of The Old Republic and Baldur’s Gate and we were looking at how can we blend that with what is so cool about MMOs,’ says game director Charles Boyd.

The multiple-choice moral dilemmas that players must tackle is one of the more unique features, since whether you want to play as a bounty hunter, a Jedi or a Sith Lord, the game allows you to choose your own pathway, and make decisions that impact the storyline and your alignment with the Force. As you’d expect, your character will be stronger with the dark side if you make choices that are plain evil, such as torturing non-player characters for information. 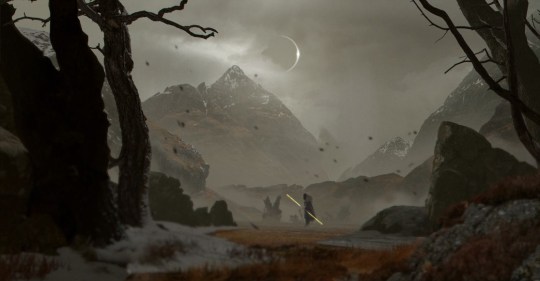 Legacy of the Sith – a ruined Sith Fortress is one of the new locations (pic: Lucasfilm Games)

Legacy Of The Sith will offer even more personalisation. Players will be treated to brand new combat styles and a refresh on character creations, with different looks to choose from. You’ll also see the return of some player favourites, including Jedi Tau Idair.

10 years ago, the number of playable female characters in popular games was somewhat limited. With The Old Republic, this has never been a problem. As a woman, it is great that I can design and play as my Star Wars self, a Sith Lord with a double red lightsaber.

‘Having a range of different lived experiences being expressed is front and centre of BioWare and The Old Republic’, says Boyd. ‘It’s something that we care about a lot, as developers and as human beings. We are going to keep pushing on this as time goes on.’

‘We definitely want to carry this forward into players and their characters. More options for how they present themselves or how they conceive of their characters and what their kind of backgrounds or lived experiences might have been’, he adds.

Given how easy it is to play for free it’s always a good time to give The Old Republic a try. It’s not just Legacy Of The Sith which offers a new incentive though, but BioWare’s commitment to at least another five years of content beyond that. Just as Star Wars itself seems ready to endure forever, so too does its most succesful MMO. 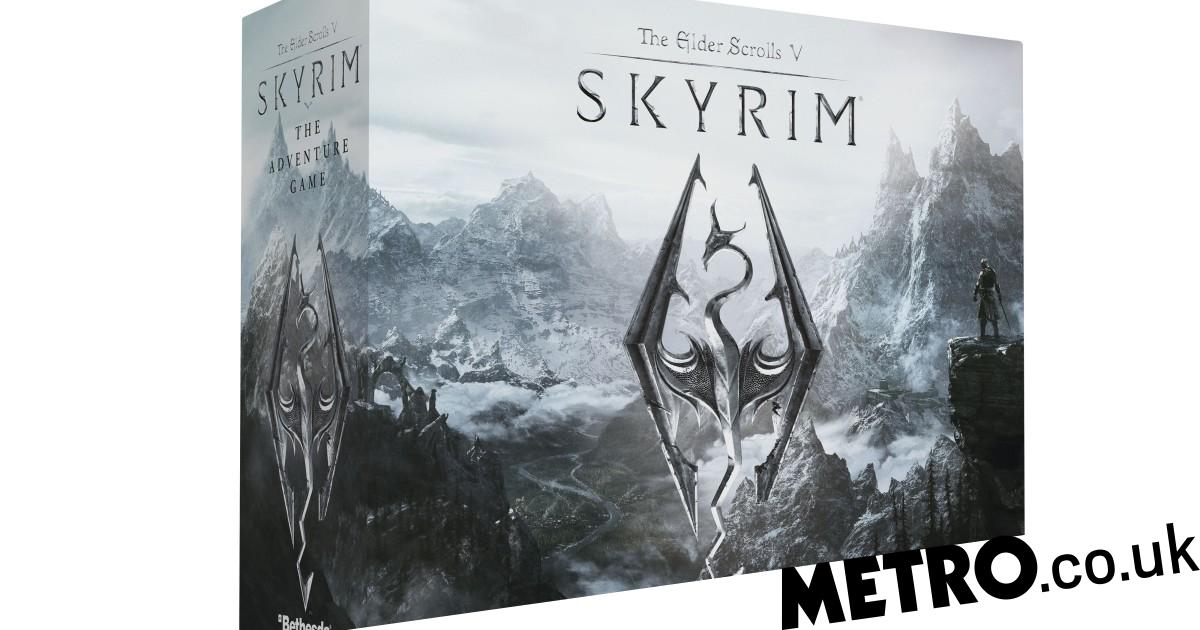 And you thought it’d already been on every format possible (pic: Modiphius)GameCentral looks forward to a new year of tabletop...