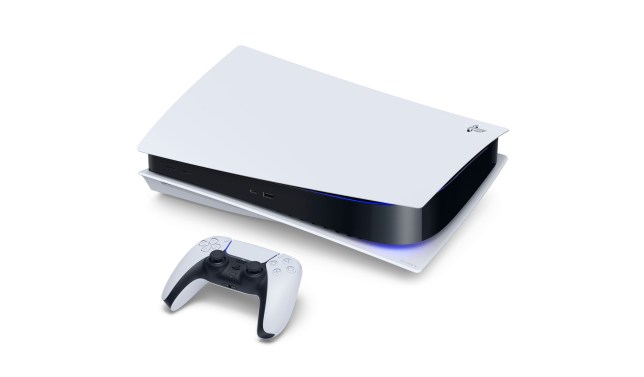 A reader explains how he got a PS5 at launch but later decided to sell it in order to get an Xbox Series X and Game Pass.

I hesitated writing this Reader’s Features because I didn’t want it to be mistaken for a stealth brag, that I had managed to get both consoles, and I also didn’t want it to look like I was stoking the flames of the console war, because although this is all about the decision to choose one format over another that decision was a difficult one precisely because both are very tempting systems.

This all started when I pre-ordered a PlayStation 5 last year and, to my surprise, managed to get one on day one. I know it’s not been anywhere near that simple for a lot of people, but it really is just the luck of the draw and even now I feel I probably should’ve been a bit more appreciative of it. Don’t get me wrong though, it is a great console. I love all the new features like the activity cards and the DualSense is amazing. In fact, the DualSense is one of the main reasons I wanted to keep the PlayStation 5.

Perhaps it was the ease of the console that made me question it more from the start but once it was all set up and I’d play through Astro’s Playroom (which is great) and started on Spider-Man: Miles Morales I realised that if I wanted to get Demon’s Souls as well it’d be another £70. I knew this beforehand, of course, but I never expected to get the console straightaway so the whole thing seemed very theoretical until that moment.

You can probably guess where this is going already but basically I did the maths and realised that having the PlayStation 5 as my main console was going to cost a fortune. Even ignoring the £70 Sony exclusives everything else would have to be paid for individually and I was beginning to get very jealous about Xbox Game Pass.

This was a strange realisation for me as I have never really liked the Xbox, or rather I have never liked Microsoft’s attitude towards gaming. They’ve never made any attempt to turn Xbox into anything other than the ShooterBox, with an approach to first party games and marketing that is solely tuned to the needs of the American audience. So much so I’m shocked they haven’t sold a special edition with an American flag on it.

In direct contrast to Sony their first party games have got worse over time, not better, to the point where they’ve basically had to buy up half the industry to compete (and even then they’ve only bought American companies). They might have pushed online back in the early days but beyond that I don’t feel they’ve been a good influence on the games industry at all.

Or at least that was what I thought before I got a PlayStation 5.

Games Pass is so good because Microsoft are a huge company that can afford to lose money hand over fist until they’re the only company left. That’s how they’ve beaten competition before, in other industries, and together with buying up all other independent companies that’s clearly how they’re going to attempt to beat Sony – as well as Amazon and Google and anyone else that looks like being a threat.

It’s an awful way to go about business and I hate to encourage it but… I’m not rich. I’m not rich and I like video games, which is an expensive hobby. I probably shouldn’t have got that PlayStation 5 in the first place, given how expensive it was, but once I did I was faced with the sad realisation that I couldn’t afford to continue to buy games for it. So I sold it to a friend and bought an Xbox Series X from a different friend (he’s essentially a scalper but sold it to me at cost).

I’m not happy that I’m not going to be able to play Demon’s Souls now but I am happy that I’ve suddenly got access to hundreds of other games and can afford to keep myself entertained throughout lockdown. I’m not proud of myself and, stupid as it may be, I still resent Microsoft for how they do things. But on a practical level I didn’t really have any choice if I wanted to be part of the next gen.

COD Vanguard interview with Greg Reisdorf: ‘we can’t please everybody’

How to connect Xbox controller to PC and Mac