40 Culture Shocks Non-Americans Experienced When They Came To The US, As Shared In This Online Group

Isolation of nations, different climate and resources as well as other factors led to different customs in different places forming. But with globalization, we are able to know about those differences and prepare for them. However, some things are less talked about because people may not even realize that it could be different in other places, so there is always something that can surprise us.

The country that people like to talk about very often is the US. There are so many things they do differently, so visiting the country or living there might cause some culture shocks. Redditors were discussing this very topic when Miserablemermaid asked “Non-Americans of reddit, what was the biggest culture shock you experienced when you came to the US?” There were more than 30k answers given in just a day, so we collected the most interesting things redditors pointed out.

Everything being f**king huge. Literally. Road lanes, groceries, soda sizes. Especially distances: where i come from, 3 hours of driving are enough to cross half of the country, in the US it’s just a small drive to go to see a relative or something. 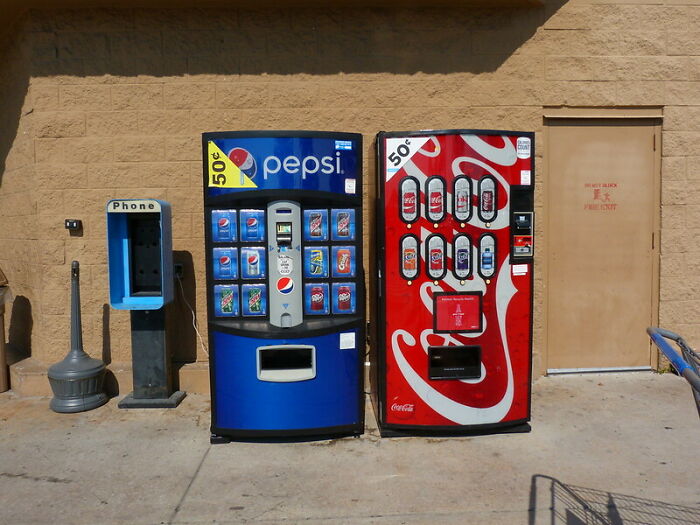 When we first arrived, and I walked up to a soda machine. We never had those, and I think I drank 10-15 refills of coke before my parents started yelling at me. UNLIMITED SODA ARE YOU KIDDING ME WTF. 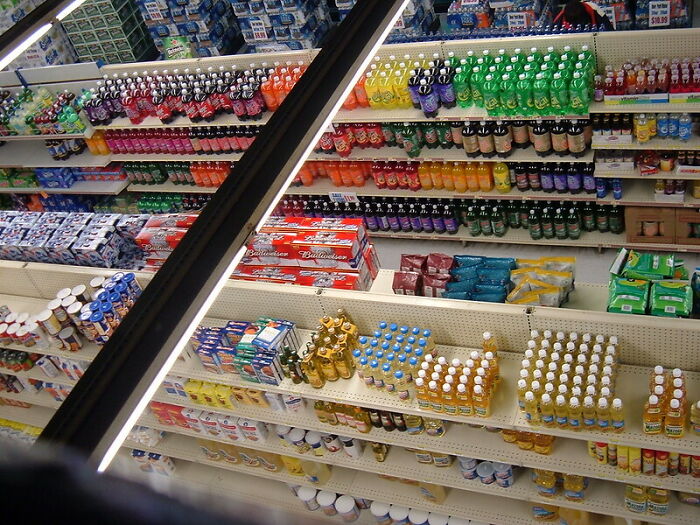 The different kinds of flavors for beverages. I was overwhelmed by the sheer number of options.

Just so you guys know,I enjoyed having multiple options, until I came to the US I had no idea I liked Blue Raspberry flavored soda and I found out that I liked to mix different kinds of sodas from the fountain and make a cocktail soda occasionally.

Also, I like how you guys have a s**t ton of flavors for your alcohol. I liked a lot of them but to be honest I didn’t enjoy the whipped cream flavored stuff. 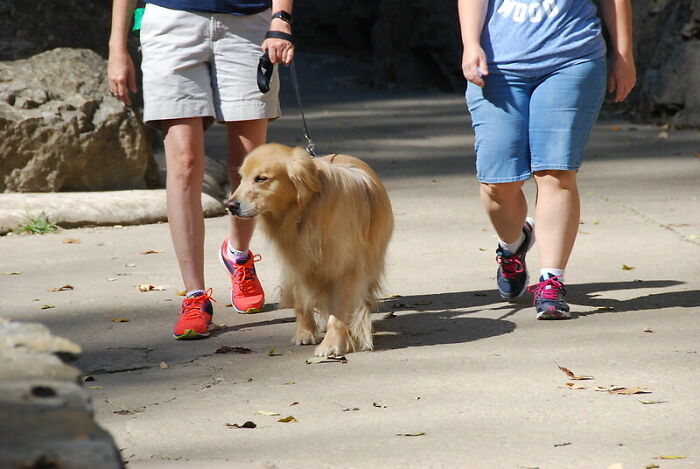 Could not walk anywhere, or take good public transport. Always had to take Ubers or hitch lifts.

Everything was also HUGE. Cities, buildings, regular houses, food portions. I’d say people but I did not see anybody who was hugely obese there at least.

There was an insane amount of space just…everywhere. As a European used to being crammed into every available nook, even in rural areas, the way that towns and cities just stretched out was unimaginable. 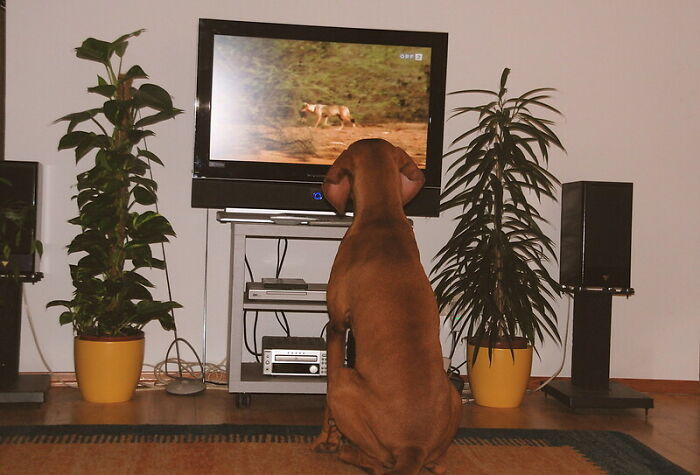 Advertisements in between the title credits of the show and the actual show. You guys have a LOT of advertisements. 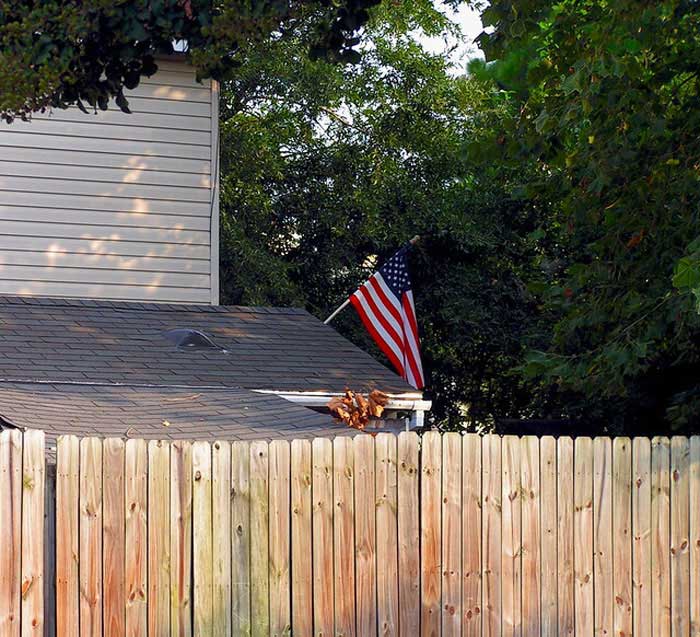 Not really a shock but one thing that really surprised me was the sheer amount of flags.

It was like almost every building had an American flag. Here in Belgium, if I see a house with a national flag I assume there’s some kind of sport event going on that I didn’t know about. 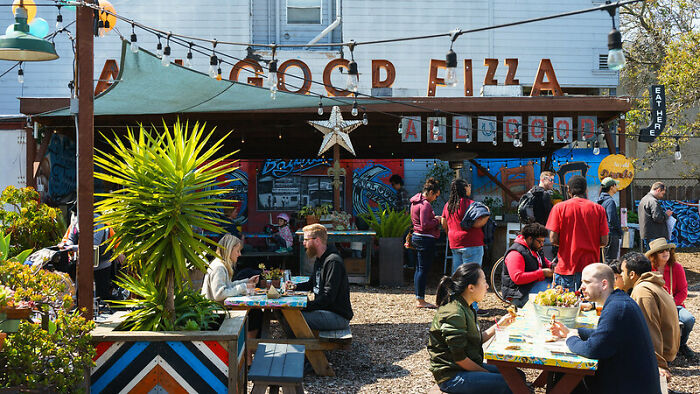 People pay for their own food. As someone who came from China, where everyone fights for the bill without the intention to pay, this is very refreshing. 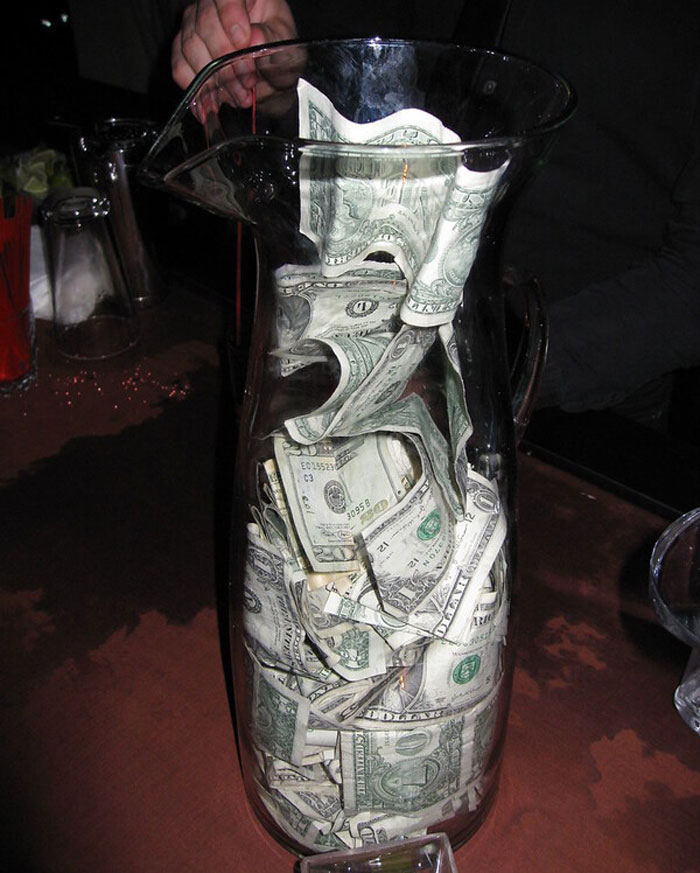 Tipping. And not just tipping, but tipping so much that the entire thing I bought (e.g. a meal) is now in an entirely higher price bracket. 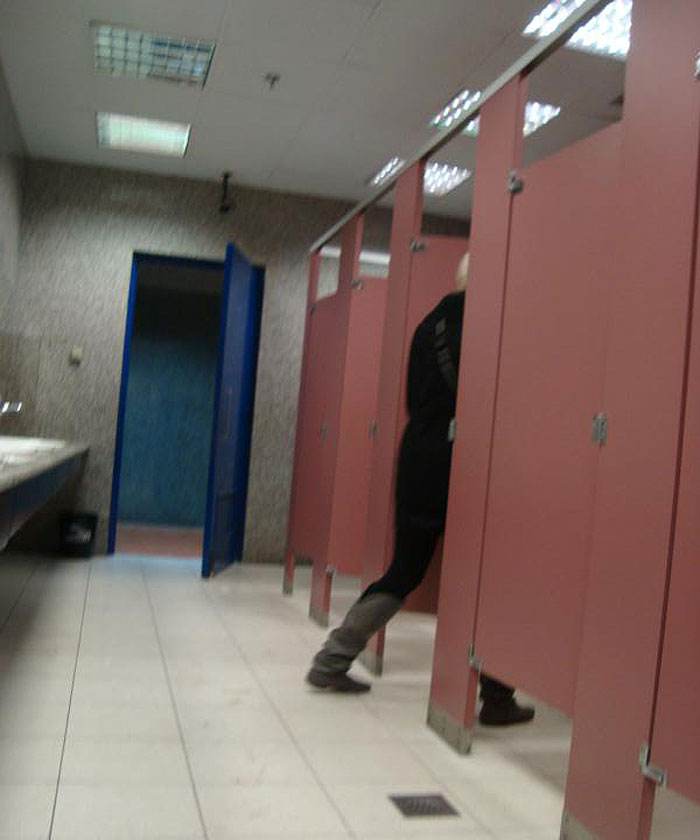 The toilet doors (or lack thereof). Not enough door!

Seriously, you’re a wealthy enough country you don’t need to leave an inch gap at the sides and a foot and a half at the top and bottom. 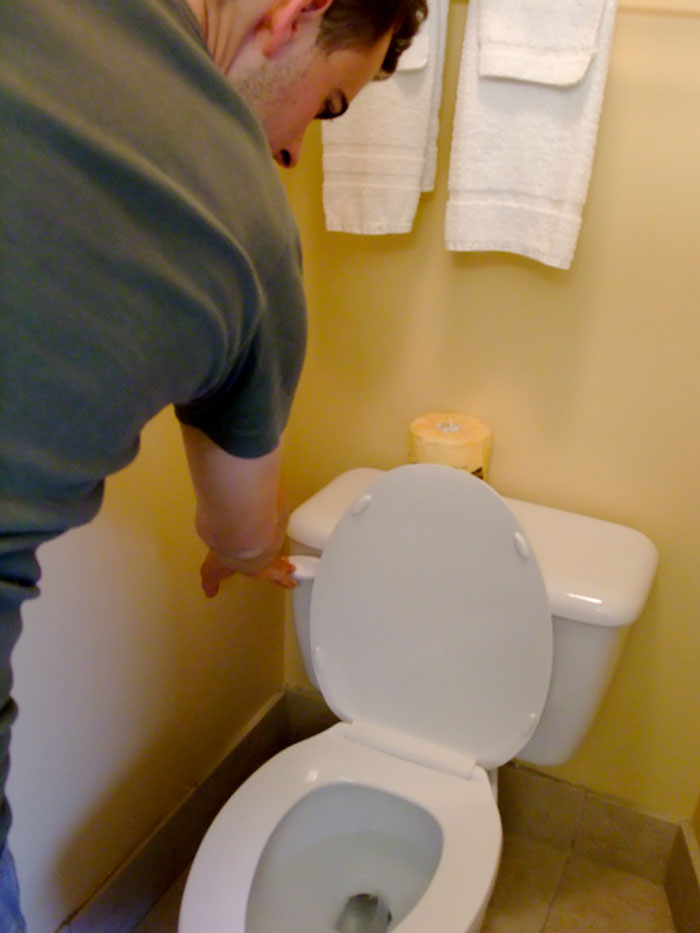 The power of some toilet flushes shocked me, one was so loud it actually hurt my ears. Then I remembered the whole poo knife thing and figured it must be necessary. 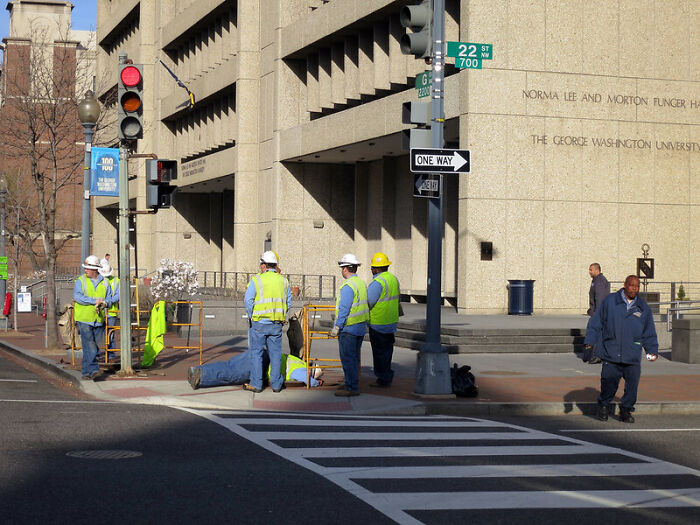 I was walking down the street and there were some road workers doing something a bit ahead. When I got near them, one of them approached me and super kindly asked me to cross to the other side, halted the traffic so I could cross and wished me a nice day as I went along.

In my country they would’ve probably heckled at me for not crossing, and I would’ve told them to go f**k themselves for not signaling things properly as I walked in the middle of the street potentially getting hit by a car 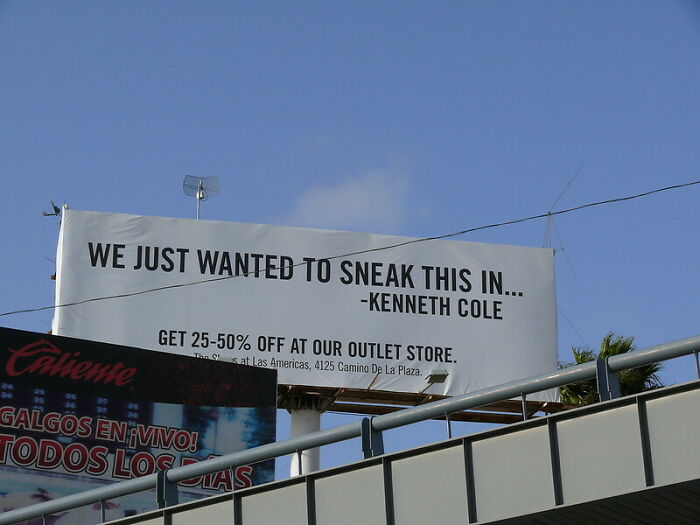 Billboards. They are everywhere. You can go hours in the UK driving without seeing one. In Florida, I saw one every few minutes.

Ads on TV, motherf**ker, just play the show, this is painful.

Traffic, how do people drive in the US, it’s so easy to get caught in traffic, it’s everywhere. F**KER JUST DRIVE, ITS PAINFUL, ADD A F**KING ROUND A BOUT

7/11s are magical places though. 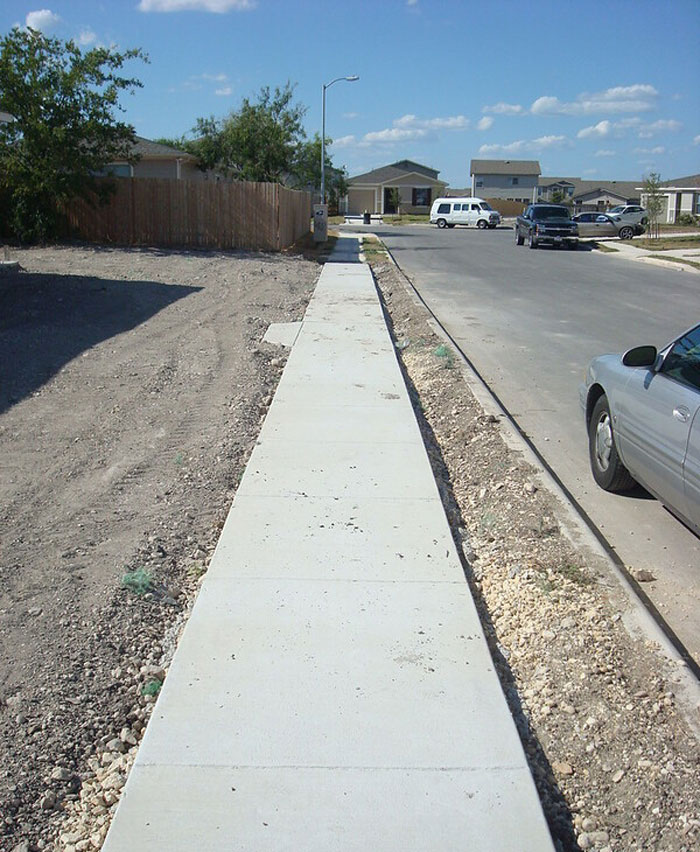 No sidewalks, not everywhere, but outside of major cities, you often literally can’t walk between places safely 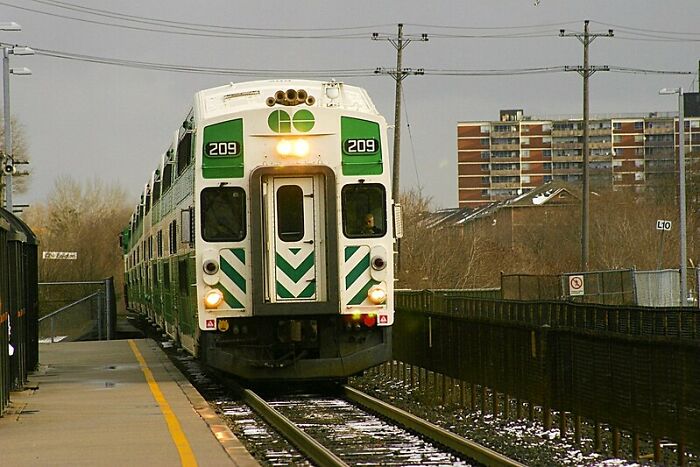 The first was on the train from.the airport into new uork.

There were well dressed people coming back from the races and they were sober. At home that would have been a heavily drunk party train.

Oh and then being able to buy 500 paracetomol at once in a pot. Wtf. 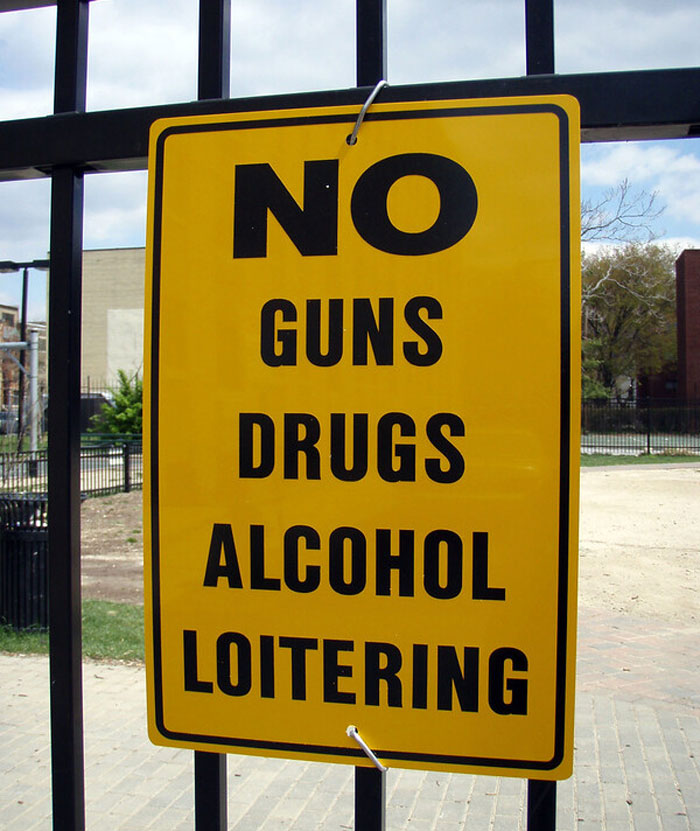 A sign at the front door of a restaurant to remind patrons not to bring your firearms inside, to please leave them in your car

for those who are asking, I saw it in Phoenix Arizona 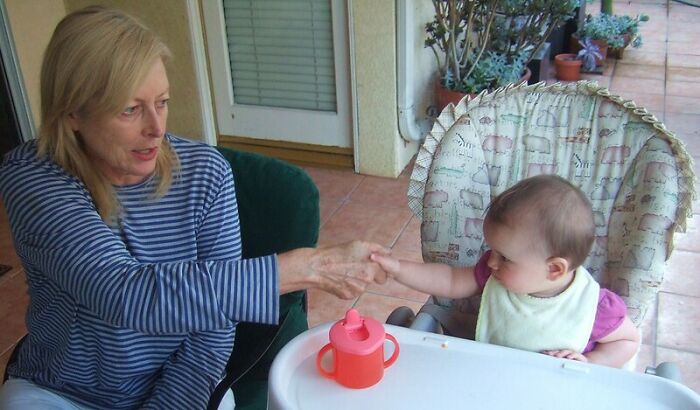 How non-physical Americans are. I’m Latina and every time I meet someone new it’s considered polite to hug and kiss their cheek as a greeting. Obvi with professionals it’s a no go but like if I’m introduced to a friend of a friend I would do a very light hug and kiss, it was mind blowing to me that Americans mostly did the half hearted wave or a handshake. 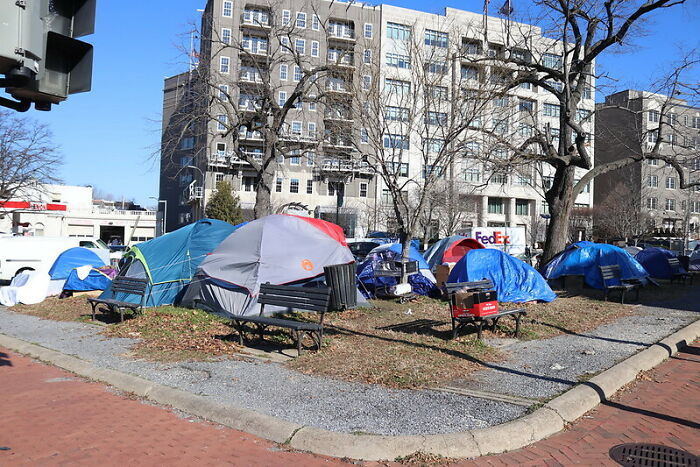 The homeless in the US are very abrasive. I’m from Africa and am use to beggars and squatters, but the ones I came into contact with in California were so loud, obnoxious and invasive.

There was work being done on the highway and after like every kilometer there was a dude standing with a sign telling us how long the traffic jam still is. Or was it remaining construction area in miles? Dont remember really.

The thing is… Why were there dudes? In my country we just hang those signs to iron sticks lol.

It was weird to see alcohol being sold at ordinary grocery stores. Where I live it is only sold at liquor stores.

The treatment of veterans. A lot of communication around the respect they deserve. Yet many of them are broke, homeless and in a generally bad position.

1.No walls around houses, or burglar bars by windows.

2.HOAs, i don’t get why neighbours can have any say as to how long grass should be or what colour i can/cannot paint a house.

3. People walking around with their phones in hand freely and not worried about getting robbed.

4. Not all but how many know little about anything outside of the U.S.

5. How hard they go in advertising for any and everything.

That you can’t have a beer with your lunch in a lot of places.

I get that they are family friendly places but where’s my beer? Here you can pretty much get one at any restaurant from 11am onwards

My wife is from the Philippines and also worked in Singapore for over 10 years. When she came here she had many surprises but one big one was the ability to return items that she had purchased. She had never been able to do that before.

Christianity everywhere. On your money, in the school, every Sunday, churches everywhere, in your pledge, in the Boy scouts, verses at the bottom of In&Out milkshakes

Drive through ATM. Very friendly people. How very obese so many Americans were. Water fountains in every public place. Heating system in every house. I was amazed by so many trees along the highways. Still am

Many things but the biggest was how difficult it was to take a left turn at an intersection. I had taken a car on rent as I could drive on my B1 and I thoroughly enjoyeed driving there but this rule baffled me.