On the Road With: Anna McNuff on embracing the wild in New Zealand 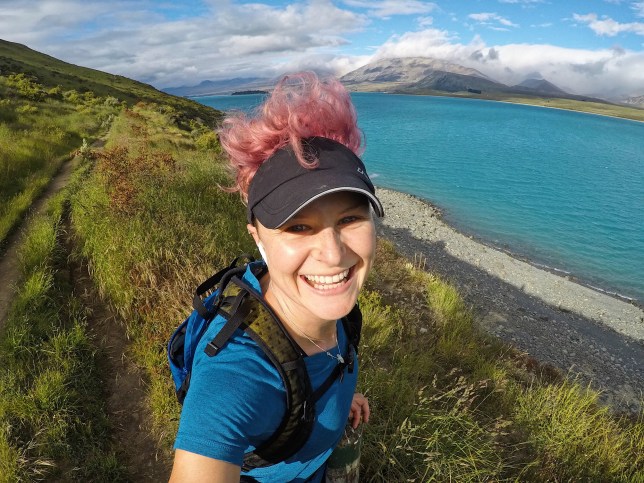 Anna’s travels have left her with awe-inspiring stories to share(Picture: Anna McNuff)

From taking on New Zealand’s Te Araroa trail to spending a night in Walmart, in this week’s On The Road With, travel author Anna McNuff talks about her top trips away.

Being on the road at dawn during a 5,000-mile road trip across Canada with my boyfriend, Jamie. We started in St John’s, Newfoundland – the most easterly city in North America – before following the Trans-Canada Highway all the way across the country and finishing on Vancouver Island.

When we set off, it was -35C outside and the evergreens were covered in snow but we had flasks of coffee, country music blasting on the radio and hours of open road ahead of us. 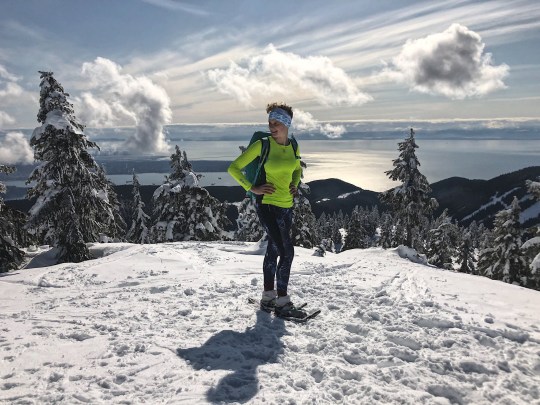 A romantic adventure across Canada with boyfriend Jamie left Anna feeling on top of the world (Picture: Anna McNuff)

Whenever we got the chance, we’d go to a National Park. My favourite was Gros Morne on the west coast, where we hiked up the mountain of the same name.

When we got to the top, everything was encrusted in icicles, the sun came out and a huge fogbow appeared above us – magic.

La Paz, Bolivia. I was there to start a 5,500-mile cycling journey with a friend along the spine of the Andes. It’s 11,942ft above sea level so although it’s quite a challenge to adapt to the altitude, the mountain views are very calming.

The city’s a hotchpotch of slum shacks, terracotta-coloured homes and tin roofs alongside really funky modern stuff like the Mi Teleférico cable car, the world’s largest high-altitude urban cable-car system, which takes commuters from the bottom of the city’s basin up to their higher workplaces. 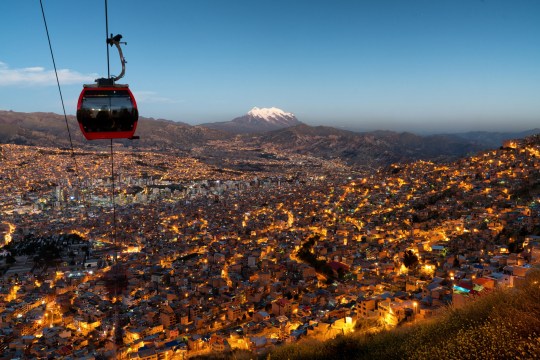 It’s a great place to explore on foot because it’s made up of intriguing little alleyways. If you want to get out of the city, head to Valle de la Luna, which looks like Badlands National Park in South Dakota and is made up of really cool rock formations.

When have you been most frightened while travelling?

While cycling through Yellowstone National Park in Wyoming. A giant Winnebago passed by me but they were driving far too close and I got sucked sideways towards the van.

I thought I was going under its back wheels but the vacuum of air released me at the last minute and I missed getting hit by millimetres.

A pair of gloves from Chile with llamas embroidered on them. They each have an enormous thumb, which splays out from the rest of the glove like a banana and made me laugh because my boyfriend has disproportionately large thumbs.

I sent them home to him with a note that said, ‘Thumbs up from Chile’.

What has been your most life-changing experience while travelling?

That would be the journey I did in 2015 when I ran the Te Araroa Trail, which is a 2,000-mile backcountry route that extends along the entire length of New Zealand, leaving from Bluff on the South Island all the way up to Cape Reinga on the most northerly tip of the North Island. 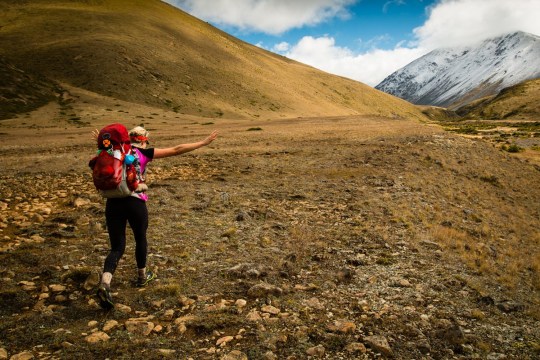 Anna’s New Zealand trek was a test of her resolve, but so worth it (Picture: Anna McNuff)

It took six months and I saw some stunning, non-touristy places such as Lake Pukaki, which is aquamarine, and the incredible Richmond Range mountains.

But I was also in so far over my head, carrying all my stuff in a backpack, crossing rivers and going over mountains in the wilderness, and not seeing another soul for days.

I finished the journey feeling like a stronger, more confident and contented version of myself.

In a Walmart car park. When we were travelling across Canada, there were a few nights where we just had to park the minivan and sleep wherever we could.

The floodlights were on all night so it was really bright and then we got woken up by a snowplough at 6am.

Where are you hoping to go next?

Road tripping in the US. If the pandemic allows it we’re planning to head out there in the summer using a friend’s wedding as an excuse to visit Montana and Wyoming for some open road, mountains and big skies.

I’m massively keen to get to Japan for some hiking and to check out the cherry blossom.

I’ve barely scratched the surface of eastern Europe and I’ve become quite obsessed with the Faroe Islands because they look raw, rugged and wild – I love wild weather.

McNuff is author of 100 Adventures To Have Before You Grow Up and is delivering a virtual talk at the Festival Of Literature on February 8-9. Tickets available here. Find out more at annamcnuff.com.