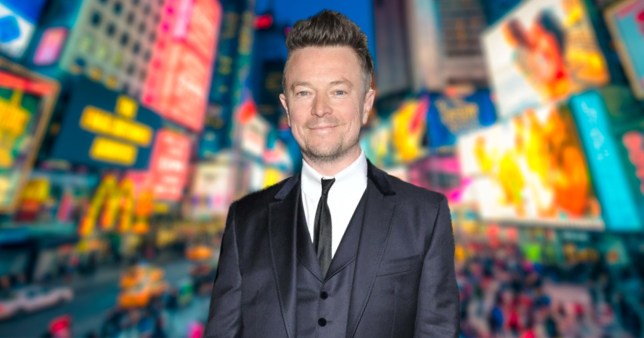 New York makes it to the top of Craig’s favourite cities (Picture: Getty/Rex/Metro.co.uk)

Actor and podcaster Craig Kelly, 50, has had no shortage of weird and wonderful travel experiences.

From confronting armed robbers while inter-railing in the 90s to trying out his best American accent on New York cab drivers, it’s almost hard to pick out his best moment.

But what can beat his super romantic honeymoon sailing across the glistening Med on a private boat off the Spanish islands of Formentera and Ibizia?

Inter-railing for four weeks across Europe in 1992. I was in my second year of drama school at Drama Centre in London.

I went to Paris first and stayed in a hostel near Gare du Nord, then moved on to Rome, Florence, Greece and came back the other way through Germany, Prague and Amsterdam.

Visiting Notre-Dame, I had a kind of religious experience that to this day sends shivers down my spine but Prague was the most magical. 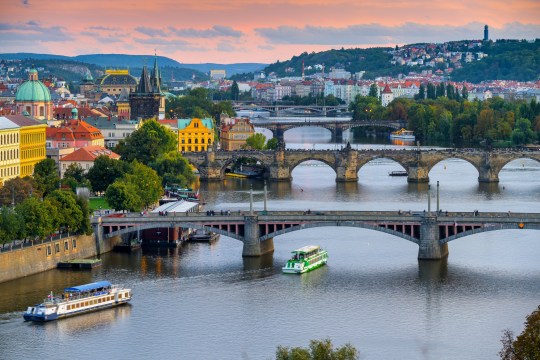 And your favourite city?

New York. The first time I went there, it was like a film set. I could not believe I was in the city of Mean Streets and Taxi Driver. I was doing an impression of De Niro to myself continually.

Going to that city reaffirmed my destiny, if you like, to become an actor. I did all the things you do, like go up the Empire State Building and the World Trade Center, which I now feel privileged to have visited.

I went to the famous Carnegie Deli, then got into a yellow cab and asked him in my best New York accent to take me to Central Park. He said, ‘What part of England are you from?’ 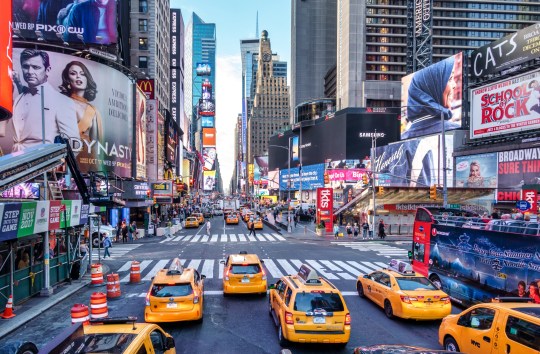 Craig was caught out by a cab driver in NYC (Picture: Getty Images/iStockphoto)

When have you been most frightened when travelling?

When I was on an overnight train to Rome inter-railing. We’d been warned there were thieves with knives who would steal your stuff but I was like, ‘I’m from Lytham St Annes. They’re not going to mess with me.’

I fell asleep after drinking some cheap wine, then woke up to see two guys rummaging through my rucksack. I saw the glint of a knife but I was so enraged that I just screamed, ‘I know kung fu!’ They ran off down the carriage but my heart was pounding.

That would be my Titanic cast and crew cap. Strictly speaking, this wasn’t a holiday, as I was filming the movie in Rosarito, Mexico, but during the 12 weeks I was there I only worked six so I’m counting it.

Director James Cameron kept saying, ‘I want Craig in my movie more.’ I ended up shooting about another nine small scenes [as radio operator Harold Bride] but the first edit was about five hours long so they got cut.

Everyone was terrified of James. He had a real aura but because I was a confident 25-year-old and I’d heard his best mates called him Jim, that’s what I did. He seemed to like it. 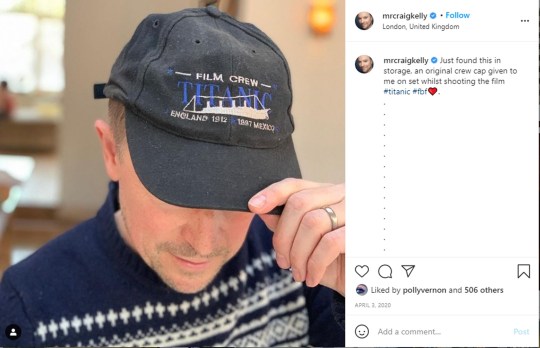 What has been your most life-changing experience while travelling?

When I was 18 I went on this cultural exchange programme called Camp America, to a place in Baltimore called Camp Puh’tok.

I coached nine-year-old kids in acting and football. It was connected with the Salvation Army and I was like their parent and their leader. It gave me such an amazing life experience.

By the time I came back, it was like I’d gone from boy to young man. Well, I can’t say ‘man’ because I still looked about 12.

My wife Camilla and I honeymooned off Formentera on a private boat. Ibiza is one of our favourite places so when I decided to propose, a friend recommended I do it on Formentera, a half-hour ferry ride from Ibiza.

When Camilla said yes, she said she wanted to get married in the same spot a year later so we did on the 4th of July, Independence Day, which is my sense of humour. I hired an insanely good band called The Gypsy Queens and we had a ceilidh because I’m half-Scottish. 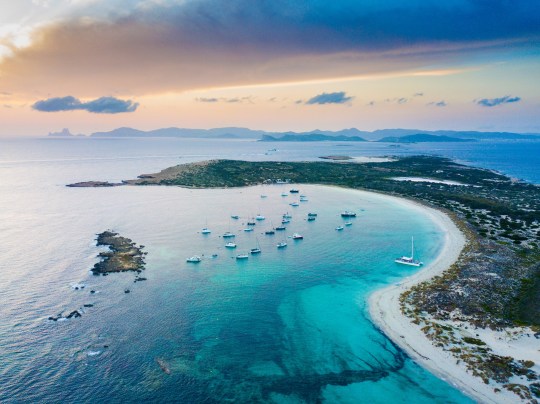 Stunning Formorenta was the perfect spot for Craig and Camilla’s proposal… and wedding… and honeymoon (Picture: Getty Images)

Where are you hoping to go next?

Ibiza and Formentera. Loads of people who came to our wedding now go there all the time. I just thought it was a party-party island but Camilla changed my mind.

There’s a great place on Formentera called The Gecko Club (rooms from £242pn). We’ve never stayed there but you can go and have lunch. It’s a treat without being up itself.

Kelly guest-stars in The Mallorca Files this February, series 1 and 2 available on BBC iPlayer. Kelly’s podcast, Kelly’s Heroes, is on Spotify and iTunes. The Tokyo Olympics 2020 have finally come, even though a year later, but that is why they were anticipated even...

Inside BrewDog HQ which brews 750,000 pints a day and has its own bar

Edinburgh Festival: Where to eat, drink and stay for 2021 festival

You could get free stays and £2,000 salary to review hotels this summer