Don’t you like to be beside the seaside? (Picture: Visit Scotland/ Getty/ Chris Taylor)

Tenby, Whitby and St Ives are all go-to beach resorts, but aren’t they a bit, well, busy?

Nothing says British seaside like an overcrowded patch of shingle, but maybe hordes of holidaymakers isn’t quite the vibe you’re looking for.

If you prefer something a little quieter, maybe one of these towns will be more your speed.

From a picturesque Scottish beach town to a hidden cove in Cornwall, here are some of the best-kept secrets of the seaside. 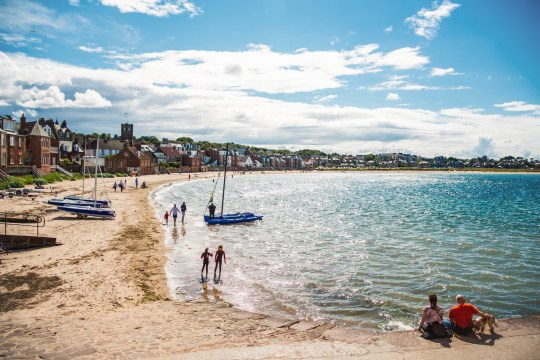 Who knew the Scottish seaside was so appealing? (Picture: Visit Scotland)

It takes just 40 minutes to get from Edinburgh to this Scottish seaside town, which is filled with independent cafés and boutiques, and offers easy access to East Lothian’s top attractions, including the harbourside Scottish Seabird Centre and Tantallon Castle, on North Berwick’s outskirts. 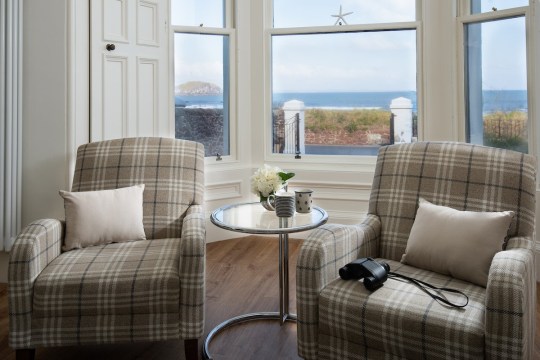 A cozy cottage is the perfect place to shelter from a brisk sea breeze (Picture: Tracey Bloxham)

Beautiful stretches of sand include Yellowcraig Beach, Misley Bay Beach and Seacliff Beach, and if you’re there on a Friday, you can treat yourself to a woodfired pizza from Steampunk Coffee’s Big Blu pizza van.

For unbeatable ocean views, stay at the East Bay Beach House, which sleeps eight (from £896 for three nights). 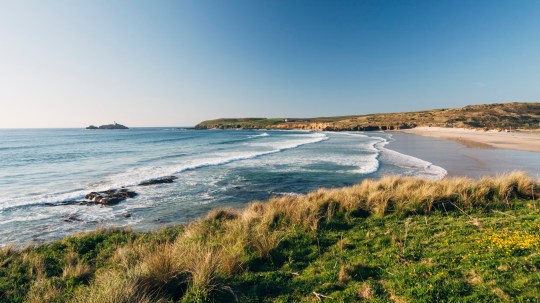 Just a short hop from Carbis Bay (made super famous as host of June’s G7 summit), this pocket-sized beach town has fantastic surf, a gorgeous three-mile stretch of golden sand and some brilliant restaurants.

After a day on the beach, head to Lula for relaxed, feet-in-the-sand dining, and don’t miss Mr B’s Ice Cream — there are so many flavours. 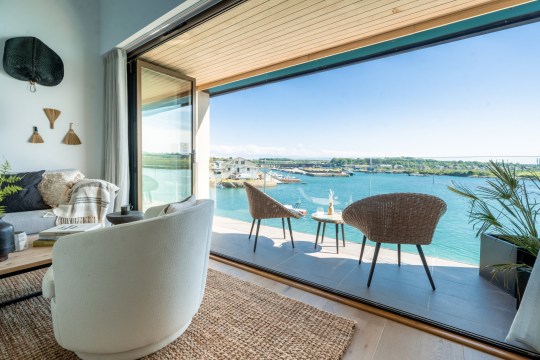 There’s no place to lap up the Cornish sunshine like 15 Cannery Row’s balcony (Picture: Beach Retreats)

After an ice-cream overdose, crash out at 15 Cannery Row, a six-person beach apartment (from £1,050 for seven nights).

Whether you prefer history or hitting the shops, Saltburn is a fab spot for a weekend break (Picture: Colin Carter Photography)

A wonderful alternative to Whitby, Saltburn is a pretty Victorian spa town with dozens of independent businesses — places such as The Sitting Room, which transforms from a café into a cocktail bar after sunset. There are plenty of fantastic walks too.

Stroll along the beach then head up the steps at the back of Old Saltburn’s Ship Inn.

The path is part of the Cleveland Way National Trail and it’s a great place to enjoy the sea views.

Check into The Artist’s Pad, a colourful two-bedroom apartment near the beach (from £75pn). 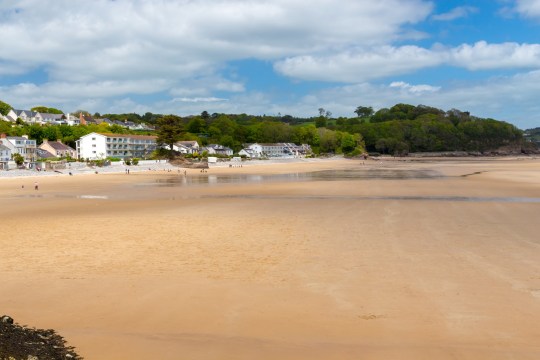 Tenby is Wales’s most famous beach town but nearby Saundersfoot is just as appealing.

It has a Blue Flag beach and is in the midst of a £10million facelift. Pedal along the cycleway in the footprint of a former ironworks railway, followed by wildlife spotting.

‘A short walk in either direction from Saundersfoot takes you to quiet, rock pool-filled coves,’ says Phil Baker, Saundersfoot county councillor. ‘They’re sheltered by cliffs and are a haven for birdlife.’ 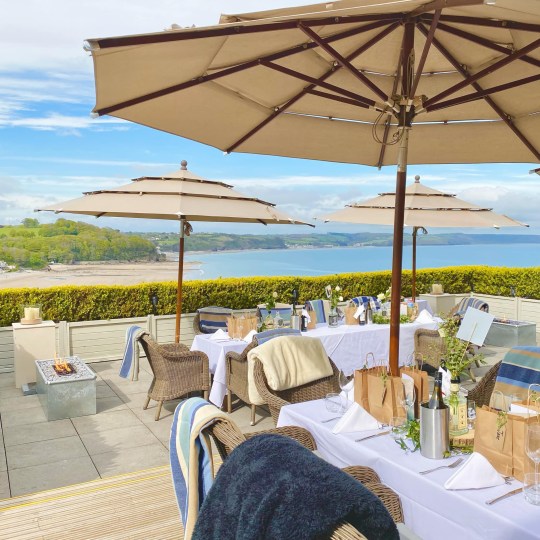 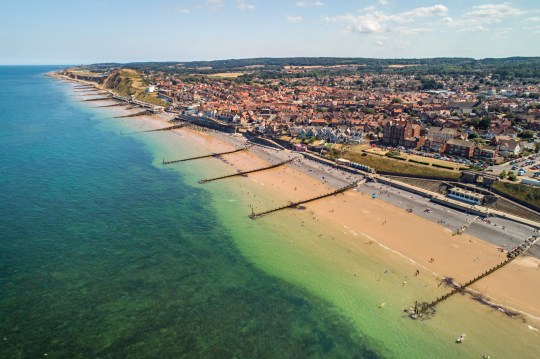 Explore the history of the North Norfolk coast at Sheringham (Picture: Chris Taylor)

Sheringham’s best bits include its Blue Flag beach, its location on the Deep History Coast Discovery Trail (click here to download the app) and its close proximity to the Cromer Shoal Chalk Beds Marine Conservation Zone, known as the UK’s Great Barrier Reef.

‘The water’s wonderfully clear and you can snorkel right over the reef,’ says Chris Taylor, helmsman on Sheringham RNLI Lifeboat.

Dry off at the Dales Country House Hotel (from £206pn). 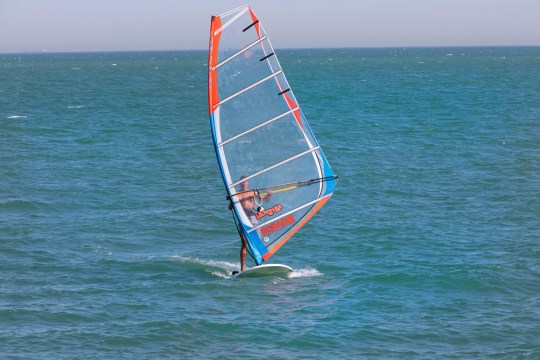 Love Folkestone but find it a bit too busy? Consider Hythe, a 20-minute drive south.

After a stroll along the promenade (or a spot of windsurfing, above, or kite surfing if you’re feeling energetic), wander inland for a hike along the Royal Military Canal before restoring energy levels at one of Hythe’s fantastic restaurants. 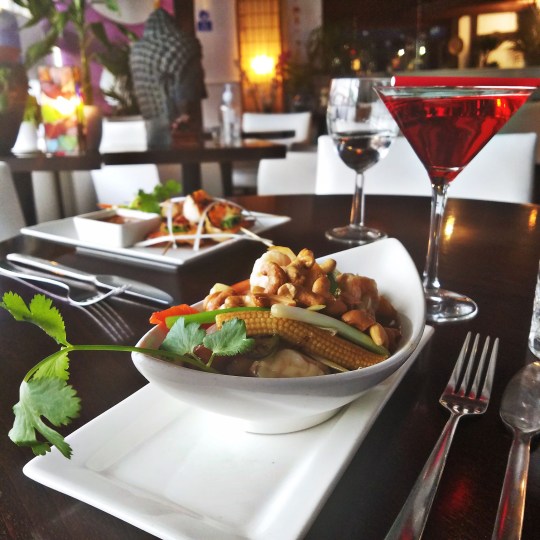 Grab an exotic bite to eat at Thailand Tom

Stay at the beachfront Hythe Imperial, with its sleek Moët & Chandon champagne bar (from £122pn).

The cave was initially carved out by a company who wanted to use it as a nuclear bunker (Credits: Jam...