The best hidden gems for day trips on the Elizabeth Line

Get out and about this autumn (Picture: Alamy)

As autumn bumbles into view and reading a book in the not-so-sunny park gets less appealing by the day, many Londoners will be setting their sights on the leafy horizon for some excellent day trip inspiration.

Don’t know your Surrey from your Essex? No fear. We’ve done the leg work. So why not blow the slovenly cobwebs of summer away with some brisk exploration.

And the best part? These areas are all easily accessible on London’s newest, coolest and best tube, the Elizabeth Line.

So grab a jacket and a plan, and jump on that purple line to discover what gems await just outside the capital.

The wonders of West London 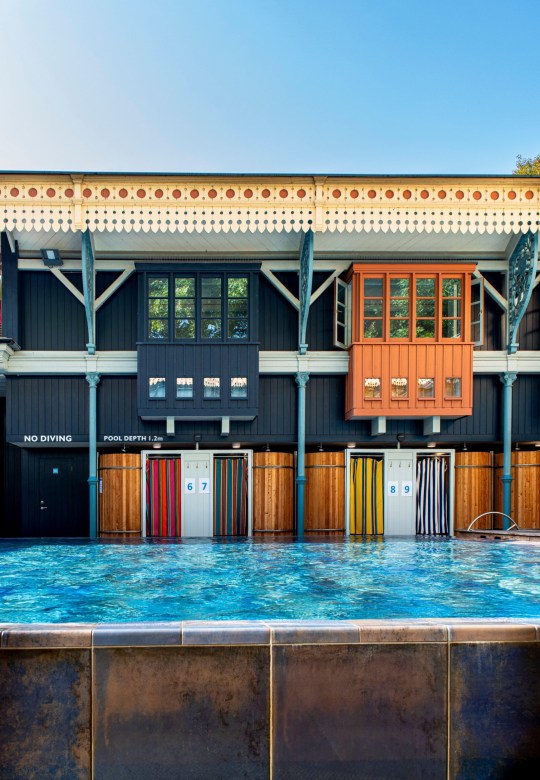 Travellers have to change at Paddington for services west towards Ealing, West Drayton and Reading but it’s worth it to soak up the sun at the Thames Lido (two hours from £25) – restored Edwardian swimming baths on the banks of the Thames. You can see a full-sized replica of the Bayeux Tapestry in Reading Museum for free.

On the way back, swing by Gurdwara Sri Guru Singh Sabha in Southall, the largest Sikh temple outside India. Or take a walk over the Flight of Locks – seven locks along the Grand Union Canal at Hanwell.

Don’t miss a wander around Pitzhanger Manor in Ealing. Ten minutes’ walk from Ealing Broadway station, the manor is the former home of neoclassical architect Sir John Soane and is now a widely acclaimed art gallery.

The only way is Essex 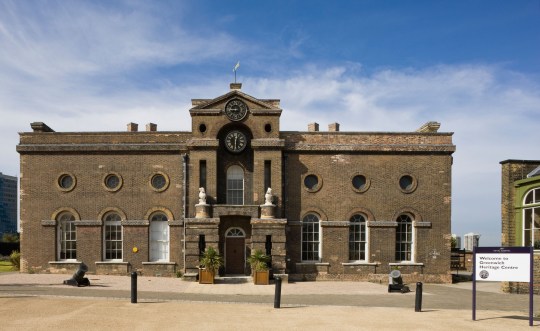 Linking 41 stations between Reading and Heathrow in the west and Shenfield and Abbey Wood in the east, the train line formerly known as Crossrail offers the gift of time for millions of commuters from Essex to Berkshire, slashing ticket costs and journey times by half in some areas. However, the Elizabeth line also opens up a multitude of attractions for the leisure traveller.

I hop on the new line at Farringdon and take the south-eastern branch towards Abbey Wood, suitably delighted by the regal purple livery on board. First stop is Woolwich, the military heartland of London. Home to the Royal Military Academy, Royal Arsenal and Henry VIII’s dockyard, it also houses London’s newest creative district of Woolwich Works, on the site of the old Royal Arsenal munitions factory. A thriving hub of coolness, it hosts all manner of events, from comedy nights to, um, Baby Gospel. 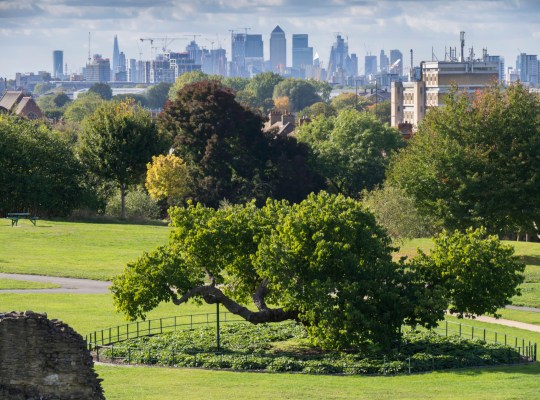 I get back on and head to Abbey Wood, the final stop on the line’s south-eastern branch. Stepping out of the station, I’m engulfed in the leafy green delights of zone four.

A ten-minute walk from the station is Lesnes Abbey Woods, a nature reserve set around the ruins of the 12th-century Lesnes Abbey. Eagle-eyed naturalists can spot woodpeckers, nuthatches, slow worms and water voles roaming the forest, while the rest of us will appreciate cracking views of Canary Wharf.

A titanic bit of history 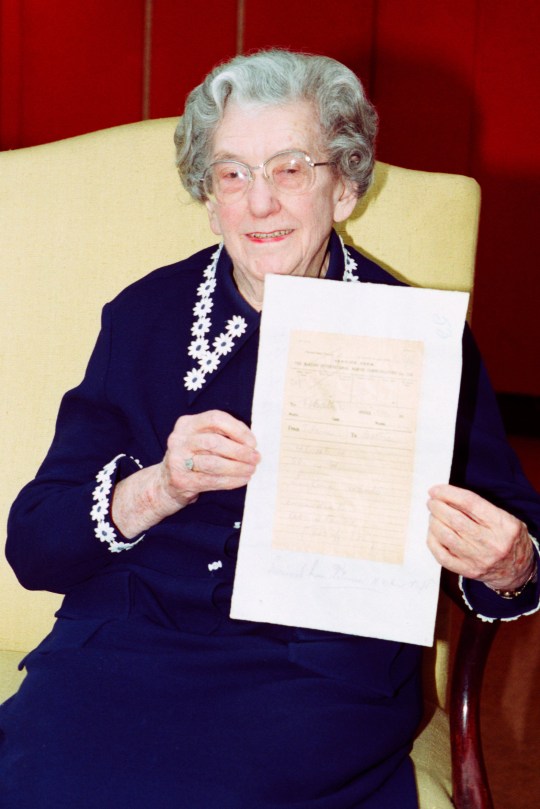 Eva Hart was one of the last survivors from the Titanic (Picture: Alamy Stock Photo)

I board another train to Liverpool Street and join the eastern branch. First stop here is Chadwell Heath, where Eva Hart – one of the longest-lived survivors of the Titanic disaster – resided. Learn about her experience on the liner at the Valence House Museum, a 15th-century moated manor house. It’s well worth an hour or two of your time, not least for the impressive cakes in its tea room.

At the museum, you can also see Chadwell Heath’s whale bones, which came from a stranded creature in the Thames in the 17th century; the Dig for Victory garden and air raid shelter; and the Fanshawe collection featuring family portraits from the 16th to the 20th century.  I particularly like the rusting Ford Capri in the grounds.

At the end of the line is Shenfield, where children can discover the magic of the deep, dark wood on the Gruffalo Trail in Thorndon Country Park (free, essexwt.org.uk). And you can also meet resident racoons Romeo and Juliet, Steve the pig and Bertha the boa constrictor at Hopefield Animal Sanctuary (free, hopefield.org.uk), a mile and a half’s walk from Brentwood station, one stop east. 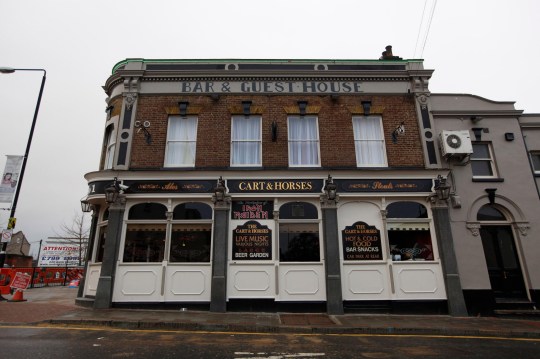 There’s no rest for the wicked so it’s back on the Liz line eastbound towards the city for my next stop, Maryland. I chose this stop solely because it sounds exotic but little did I know the East End locale has a firm place in music history as the birthplace of Iron Maiden. The band played some of their earliest gigs at the Cart & Horses in 1975.

After a pint of Iron Maiden Trooper, a packet of scratchings and an impromptu headbang, it’s back on the train, heading out to the west towards Paddington. 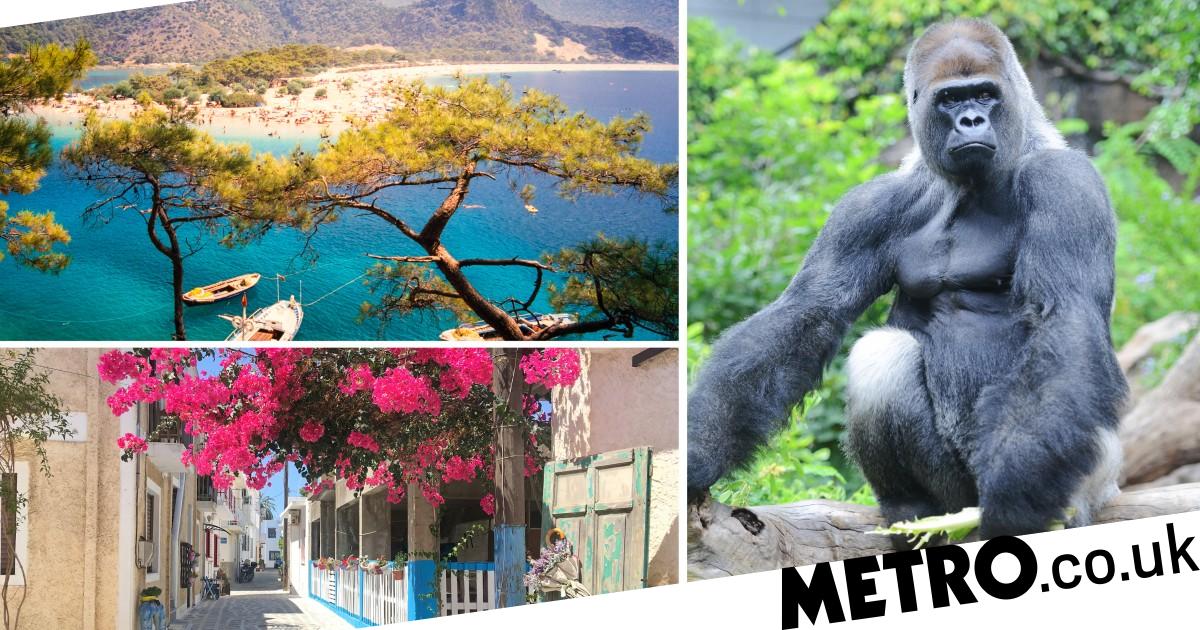 Make a bargain break for autumn sunshine in Tenerife, Turkey or Greece

Medicinal Mediterranean breaks below! (Picture: Metro.co.uk/Supplied)Warm up in the October sun with these hot deals costing under £50 a night....

Nature Calls: Farewell to the swallow ahead of epic flight to Africa

What to do, see, and eat in Basel, Switzerland