The Tokyo Olympics 2020 have finally come, even though a year later, but that is why they were anticipated even more. People are rooting for their countries’ athletes and hoping they will bring home some medals. The competitions are surely interesting and enjoyable to watch, but it’s only a part of an athlete’s Olympic experience.

Where do they live, what do they eat, and do they get friendly with their competitors from other countries? What is the Olympic Village like? These are the things that viewers don’t see but are curious to know. Well, a rugby player on the USA’s team, Cody Melphy, decided to document his stay at the Olympic Village on TikTok and the videos went viral.

Cody Melphy is a professional rugby player who started playing for the United States national rugby sevens team in 2018. His team won bronze medals in the Pan American Games in Lima, Peru in 2019. He was the Captain of the team at that time.

Now the team is in Tokyo, Japan competing at the Olympic games. And Cody is documenting his visit there as it is not every day that you get to live in the Olympic Village. His videos are getting millions of views as people are interested to see behind the scenes.

He shows what people don’t usually see when watching the Olympics and that’s the Village, where athletes spend time when they’re not competing Cody now has 935k followers on TikTok and his videos are quite popular. One of the videos that went really viral with 19.8 million views and 3.4 million likes is the one in which he shows around the Olympic Village. So where do the athletes live? The Japanese have prepared separate housing for teams from different countries. It can be seen in the video that they’ve also put the flags on the outside of the buildings.

There are 21 of these towers with 3,600 rooms for more than 11,000 Olympic athletes that are competing this year.

People were interested if the beds were actually from cardboard, and they were, but Cody showed that they are strong enough to hold him Then Cody gives his viewers a glimpse into their rooms. The bedrooms can house up to 8 athletes and they have common areas too.

A person asked in the comments if the beds were really made from cardboard and in another video, the athlete lifts the sheets to reveal that they actually are. But he proves that they are strong enough to hold him by jumping on them.

The Japanese company Airweave said that it would be the first time that the beds in the Olympic Village are made from recyclable materials and that they are sturdier than they look. They claim that the beds can withstand a person weighing up to 440 pounds. The Village is located in the Harumi waterfront district, so some of the rooms have amazing views to a beautiful skyline and Cody shows that he’s one of those lucky people.

Athletes are given food and they can choose between pizza, pasta, vegetarian, or local foods and more The next thing Cody shows is the dining hall. It takes up two floors and offers a variety of foods, from pastas and pizzas to Japanese cuisine.

Every precaution was taken because of COVID and athletes have their own trays. They are instructed to sanitize their hands and use the gloves provided. At the tables, they all are separated by plexiglass barriers.

Other athletes are also sharing their meals at the dining hall and it seems that they are pretty satisfied with the variety and quality of the food. Other random things that make sense in the Olympic Village are the Olympic rings, of course, where all the athletes come to take a picture.

Also, the laundry service is essential. But mistakes are inevitable and Cody made a separate video of what happens when their clothes get lost among the piles of laundry and they have to wash it themselves. Another fun perk of living in the Olympic Village is that you can get free drinks from every vending machine.

Cody showed that you can choose any drink from the vending machine you want and they don’t need to pay for it, just use the special card provided. An interesting feature of the Village is autonomous buses If you’ve ever wondered how the athletes travel to their competitions, Cody reveals that there are designated buses, which is nice that they don’t have to worry about transportation. On top of the COVID safety precautions, they also have regular security.

A very interesting and futuristic feature of the Village is the autonomous cars. They are Toyota e-Pallette electric vehicles that are meant for the athletes to get around the Village. Another cool technological decision was to install digital boards that show how busy some of the facilities are so the athletes can choose not to go to spaces that are too crowded.

A fun place to go are the team rooms. From what Cody shows, you can see that they are all decorated in the colors of the country’s flag, with snacks and drinks.

Even with all the COVID restrictions, athletes get to socialize with people from other countries and have a designated space to relax Someone asked Cody if they get to meet athletes from other countries and the rugby player filmed a video showing that they actually have an entertainment center where they can play table tennis, arcade games or chill and just watch the Olympics.

Did you find the behind-the-scenes of the Olympics interesting? Maybe you saw other athletes sharing their experiences and they were different? Let us know your reactions in the comments! 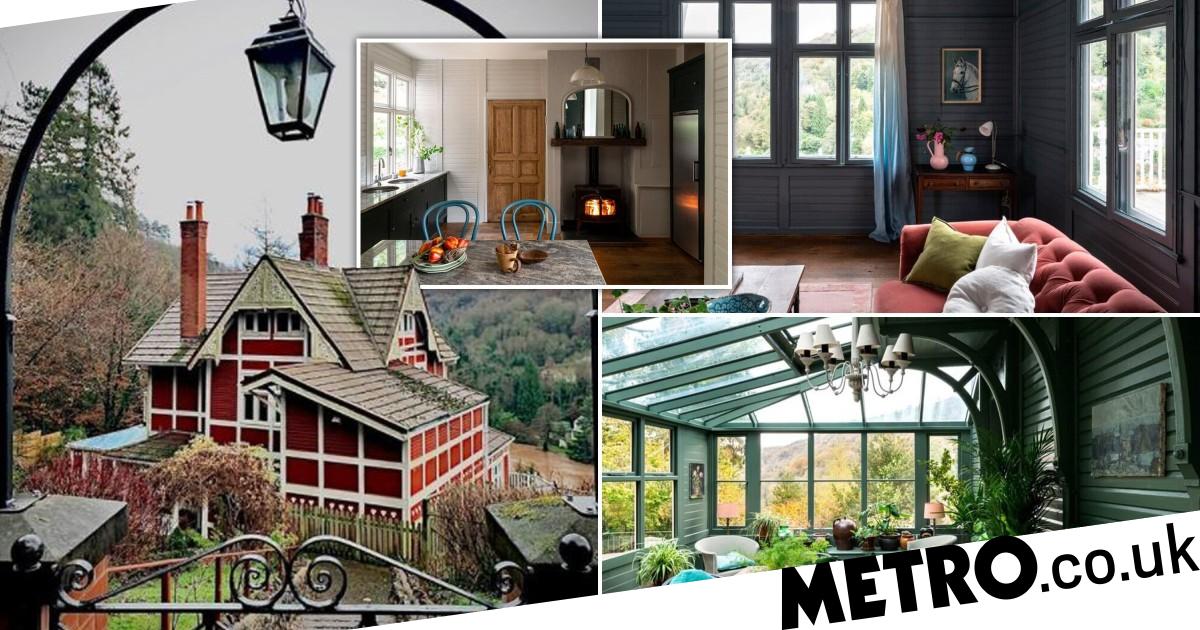 Where is the Sex Education house and can you rent it on Airbnb?

Fan of the show or just looking for a really good place to stay in the UK? (Pictures: thechaletsymondsyat.co.uk /...