If you fancy getting in the same bed as footballer Cristiano Ronaldo, then you’d better have a cool £33,000 spare.

I recently ventured to the ultra-luxe Puente Romano resort in Marbella to test a game-changing ‘sleeping system’, as favoured by the footballer, his pals and those within the medical profession.

A little apprehensive about the price of the piece of furniture, my mind was slowly skewed as I spoke to one of its advocates.

Natán Arija, the chief experience officer for HOGO, met me in the palatial confines of the resorts Villa Pereza – an abode favoured by the likes of Hugh Grant and et al.

The contemporary-styled villa is one of several properties at the resort that has been installed with state-of-the-art HOGO ‘sleeping systems’ in a bid to satisfy its a-list clientele.

As Mr Arija makes clear before we get going: ‘These are not mattresses, these are sleeping systems’.

On venturing into one of the four bedrooms in Villa Pereza the bed looked slightly intimidating given its lofty height – visions of the fairy tale ‘Princess and the Pea’ sprang to mind. But Mr Arrija reassured me I’d be able to navigate it ok.

Layer by layer, like a mille-feuille, Mr Arija dissected the bed to reveal what each layer added to the recipe.

Every part of the HOGO sleep system is made from natural materials, except for the metal hinges in the base, which are necessary to support the whole thing.

The slats on the base are made from beech wood with natural rubber fixtures, and HOGO sources most of its natural supplies from sustainable sources in Brazil.

On revealing the slats, Mr Arija directed me to lay down on them and whipped out an Allen key. 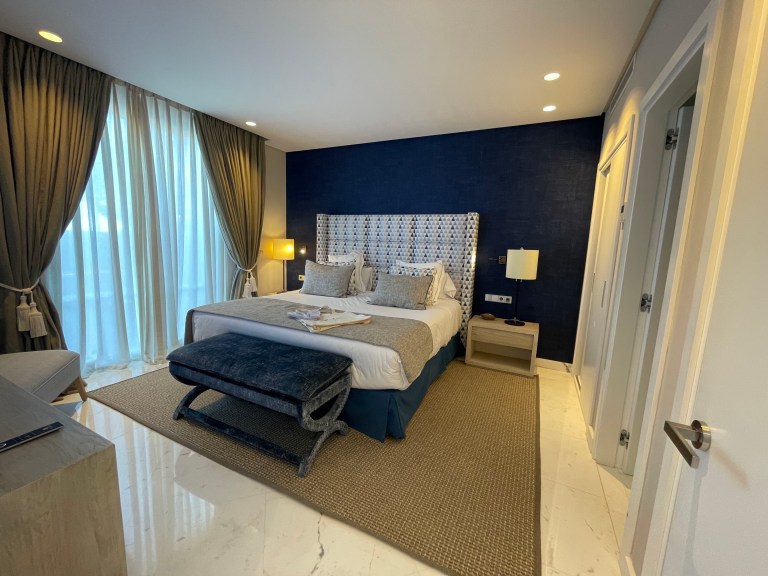 Each HOGO sleeping system is fitted to the customer, so this involves a few of the middle slats to support the lumbar region.

After a slight tweak, I could get off the bed and we continued running through the sleeping system’s layers.

Next, there is a firm-to-touch wedge of foam acting as the mattress made from natural latex with a layer of coconut fibres. This, along with the pillows and mattress topper, comes enveloped in cotton covers interwoven with graphite and silver in a bid to ‘absorb the positive ions’.

Mr Arija directs his conversation to the negative impact of ‘positive ions’ on our health.

‘Positive ion poisoning’, from things such as mobile phones, computers and lights around the home, he claims, can cause a range of ailments from mood swings to chronic pain.

That’s quite the claim, and it’s important to note that there’s no official guidance to suggest that issues can be caused by ‘positive ion poisoning’ – or that buying a pricey mattress is the answer to these problems.

Doctors Murthy and Roos from FaceRestoration explain: ‘Negative ions create positive vibes but does that mean positive ions create negative vibes? There is little scientific evidence in peer-reviewed medical journals to support this.’

That being said, what we do know is that improving the quality of sleep poses all sorts of benefits, including improvements to our mental wellbeing and a lower risk of cardiovascular disease.

As he shows me the topper, crafted out of 100% New Zealand wool to regulate body temperature, Mr Arija advises me to put my devices away when sleeping or at least to turn my phone to flight mode. 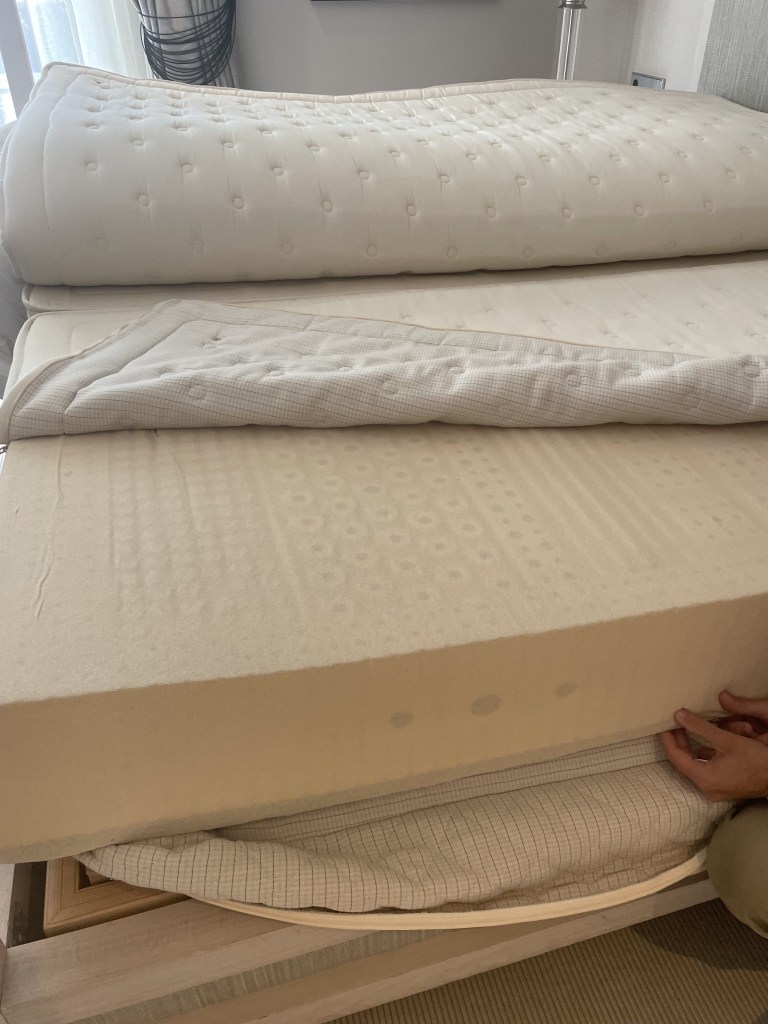 Mr Arija says: ‘One study we conducted with the University of Madrid found that the HOGO system helps to reverse your biological age. One of the scientists couldn’t believe the results so he repeated the blood tests and so on and now he is one of our biggest advocates.’

Commenting on the HOGO sleep system and claims that it can reverse biological ageing, Dr Rachna Murthy doesn’t seem so sure – but does emphasise that any method of improving sleep can deliver benefits, telling us ‘Sleep impacts our health and ageing and poor sleep is associated with impaired immunity which we see reflected in our patients’ eye health and disease.

‘The HOGO system aims to improve sleep by reducing positive ion poisoning. However it does this, better sleep does improve inflammatory mediators, immunity and general health.’

Mr Arija continues to reveal how the bed is plugged into the wall via an earth bonding plug as this, like the slips for the mattress, topper and pillows, is designed to channel the positive ions for a more restful night’s sleep.

I am reassured that after investing in a HOGO sleeping system you will never have to buy another bed or mattress in your life as unlike conventional mattresses made from synthetic materials, the components of HOGO will not succumb to mould or flatness.

While packing up Mr Arija realizes he has misplaced his Allen key. Hopefully, it’s not a case of Princess and the Pea.

If you’re thinking of ordering a HOGO sleep system, be prepared to wait: they take around eight weeks to produce in the company’s factory in Grenada. 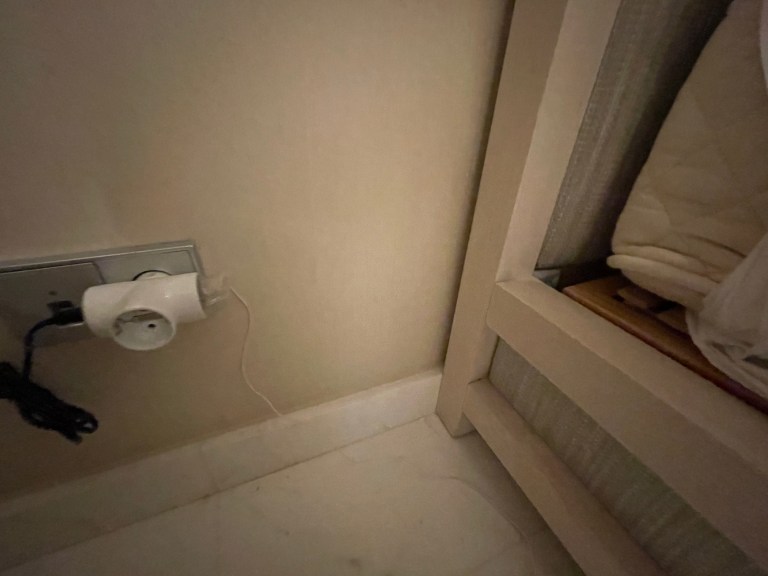 Here Natán Arija, the chief experience officer for HOGO, reveals some of his top sleeping tips:

Before bidding farewell and hopping back to Madrid to meet some of his other clients, Mr Arija notes: ‘Football players have a rhythm of working out and the results show they are aged 60 because they use their bodies too much. That’s why they are our number one client, Cristiano Ronaldo, has this bed, it rejuvenates you.

‘Inside the parameters, we measure so many improvements.

‘There is so much pollution that we don’t see – we have it around us all our life. The excess of this pollution we get contaminated – we never disconnect or discharge.’

With that, I am left to test HOGO for two nights, which doesn’t seem long enough as I was informed it can take a couple of months to get used to the sleep system.

I have to say I have never slept so well and the whole thing made me more aware about disconnecting at night. I usually suffer from night sweats due to bad dreams but my temperature remained well regulated but I was unsure if this was also down to the villa’s superb air conditioning flow. 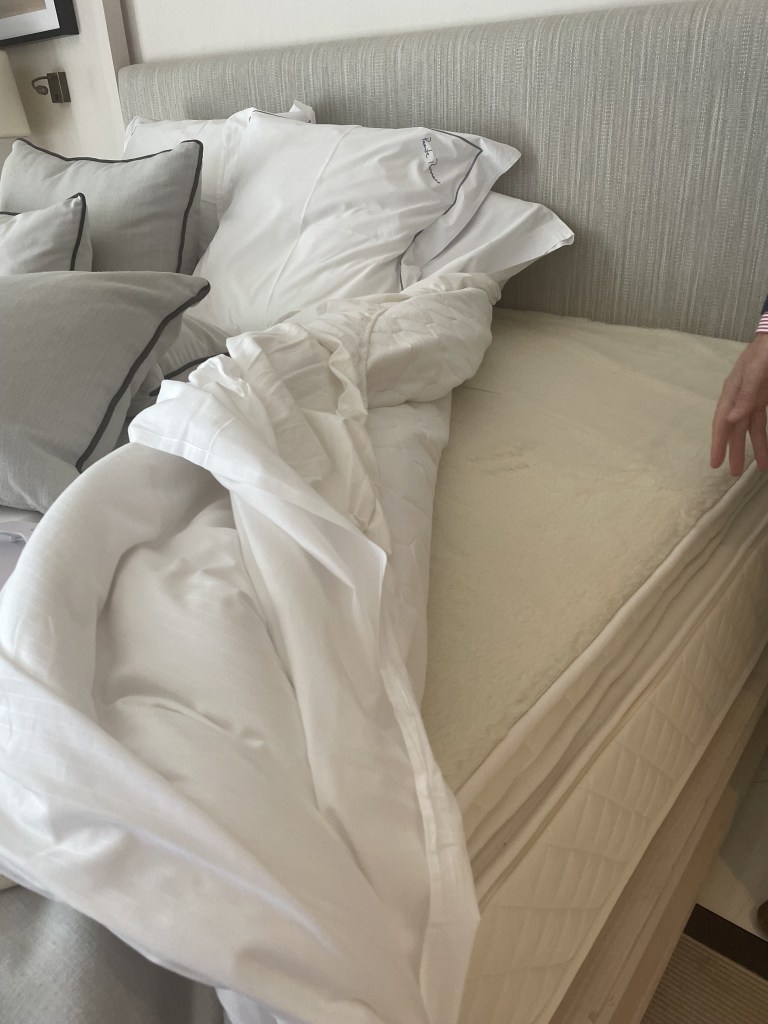 It certainly was the closest I will ever come to sleeping in the same bed as Ronaldo… but is the HOGO really worth the price of a London house deposit?

Perhaps not – but the principles espoused by its makers are worth heeding.

Bath-based Dr Marcus Stevens gave a tip for those who don’t have that much cash to part with: ‘Save yourself a small fortune and spend a tenner or so on Matthew Walker’s seminal book, Why We Sleep.

‘Aim to understand how and why sleep, focus on your sleep hygiene and you’ll be getting your eight hours of shut-eye in no time.’

(Oh, and by the way: that Allen key eventually emerged down the back of the sofa).

How to plan a sleep retreat in Marbella

The HOGO sleep systems, which have taken more than 30 years to develop are now installed at Puente Romano’s premium villas and suites. The five-star beachfront hotel complex in Marbella includes an array of restaurant venues including Nobu, a nightclub, state-of-the-art sports facilities, and a Six Senses spa.

The is a Premier Inn location at Stansted if you are on an early morning flight the next day, with prices starting from £29. 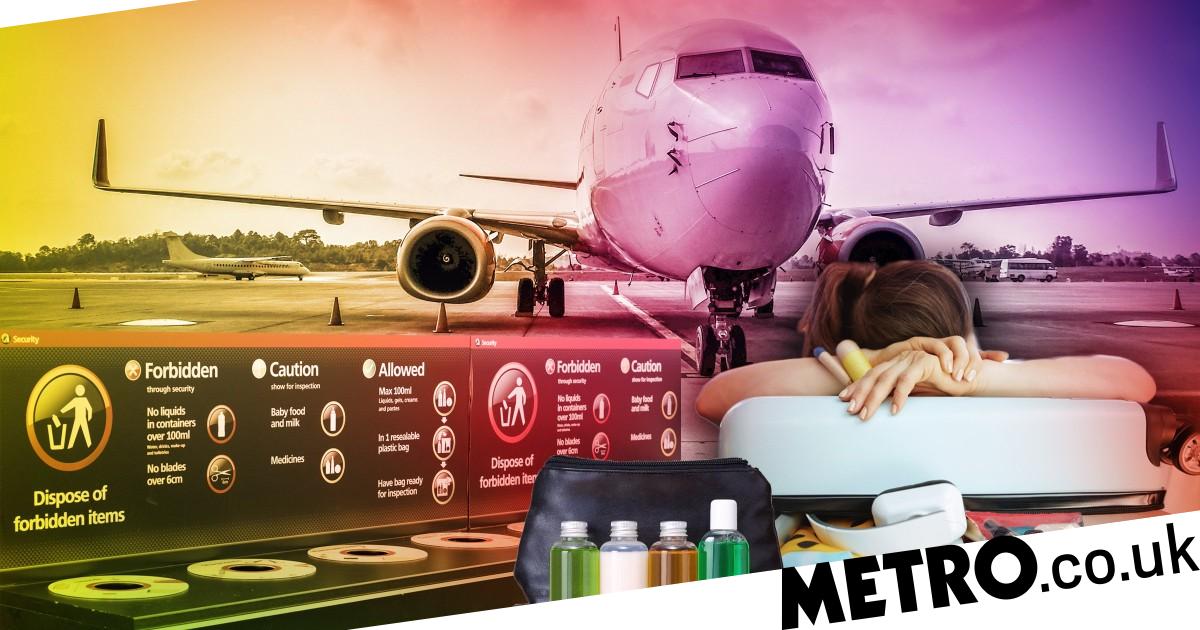 Are you guilty of ditching your toiletries? (Picture: Getty Images)UK travellers are paying the price for overpacking a suitcase, according...

The best eco-friendly autumn surfing spots in the UK

Visiting the country of your heritage is life-changing