The small town of Harrison Hot Springs in Canada’s British Columbia calls itself the Bigfoot capital of the world. Lizzie Pook discovers more…

There, that’s where I saw the eyes!’ Thomas pulls his car to the side of the road and winds down the window, his deerstalker hat grazing the smoke-stained roof. I peer into the ditch – a muddy mess of twigs and bushes – and try to imagine two red, glowing eyes looking back at me.

I’m in Harrison Hot Springs, a small town a couple of hours east of Vancouver filled with sun-splattered lakes, manicured golf courses and – if you believe the whispered tales – Sasquatch.

You might know Sasquatch (or Bigfoot) from the film Harry And The Hendersons or the 1967 freeze-frame footage of ‘Patty’, the female Bigfoot caught on grainy tape. But while you might dismiss it offhand as a hoax or simply folklore, Thomas Steenberg is one of millions of Canadians who believe in Sasquatch’s existence (according to recent polls, one in five people here believe the creature is ‘probably’ or ‘definitely’ real).

‘I started researching in 1978 and I’ve only ever had one encounter beside these eyes,’ Thomas continues. ‘I’ve interviewed hundreds of witnesses, I’ve seen footprints on at least eight occasions, but the only time I ever saw something myself was in Mystery Valley in April 2004. It was about a mile away. I saw a figure at the peak of the crest, going over the hill and into the trees. It was jet black, it was walking upright and it was biiiig!’ He widens his eyes. 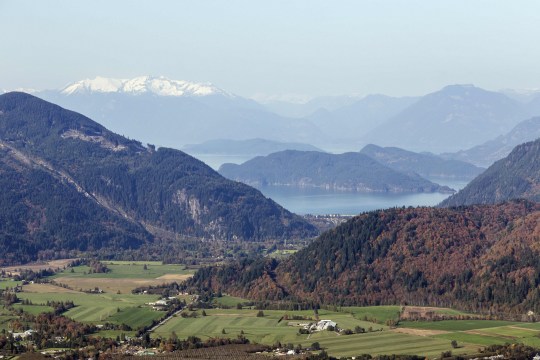 What to expect (Picture: Zuma Press)

But while Sasquatch believers prevail here (at the Sasquatch museum on Hot Springs Road, you’ll find casts of footprints, old newspaper articles telling of close calls with ‘ape men’ and even Sasquatch sweat soap in the gift shop), Thomas is one of only a handful of people who dedicate their life to finding the creature.

With a camera fixed to his dashboard (‘in case something crosses the road’) and a Bigfoot air freshener dangling from his mirror, he spends his free time driving the arterial forestry service roads which go deep into the heart of the woods. 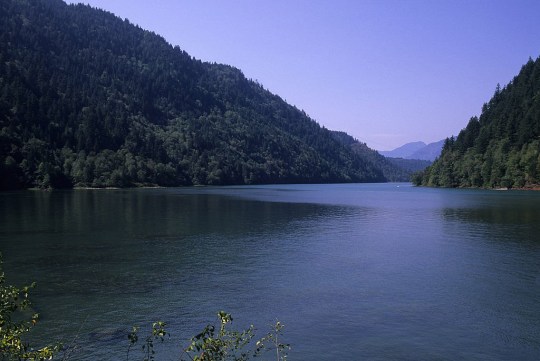 At one point, we trek into the forest to retrieve a cone that marks a recent encounter. A young family said they found footprints here after hearing something screaming in the woods. Thomas looks at the ground and shakes his head dismissively. ‘Grizzly bear,’ he sighs. We move on.

Despite his fervour, Thomas remains pragmatic about the creature’s existence.

‘If the Sasquatch exists, it’ll be the most important anthropological discovery of the 21st century. If it doesn’t,’ he pauses and lights his pipe, ‘then it’s a fantastic bit of Canadian-American folklore.’ 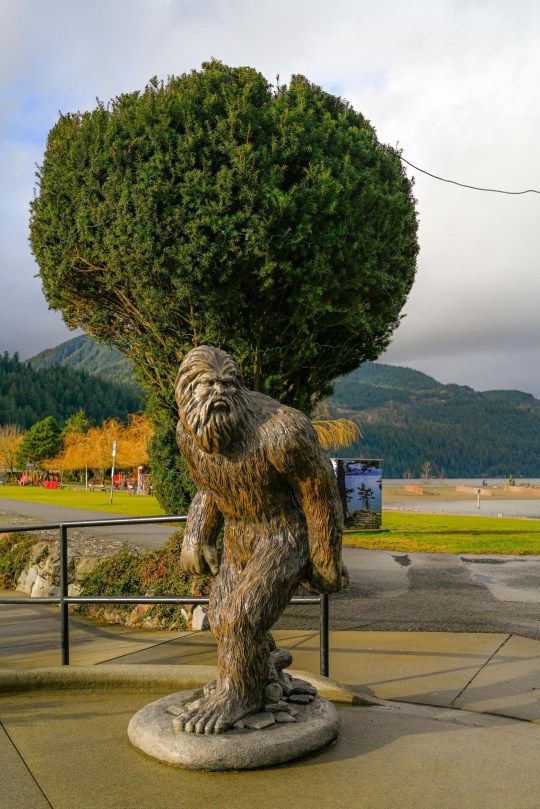 As we drive out of the forest, I consider the mysterious creature. Do I believe in Sasquatch? With no physical evidence, it’s hard to put your faith in the existence of something so bizarre. But take a walk through these Canadian forests and you’ll certainly feel as if something hidden out there has got its eyes on you. Then, quick as a pistol crack, the radio switches itself on filling the car with mournful country music.

‘You see,’ says Thomas, eyebrow raised. ‘There’s definitely something spooky about this place.’

Canada is currently on the Covid green list. Always check entry requirements before departure at gov.uk

Air Canada flies from London to Vancouver from £401 return. Stay at Rowena’s Inn in Harrison Hot Springs from £229pn. Sasquatch tour from £43.

Get a taste of it in the UK

Can’t get to North America? You can still do fall favourite leaf-peeping in the UK. One of the best places to explore the autumn’s changing colours is the ancient woodlands of the New Forest. Against a backdrop of vibrant russet, red and orange, you’ll also spot cute wild ponies.

Take it all in with a journey around the National Park in a four-berth Mercedes Sprinter campervan from Yescapa, stopping off at attractions such as the charming 18th-century shipbuilding village of Buckler’s Hard or the coastal town of Lymington.

From £507 for four nights, including one insured driver, breakdown cover and mileage, yescapa.co.uk

Where is the Sex Education house and can you rent it on Airbnb?

Fan of the show or just looking for a really good place to stay in the UK? (Pictures: thechaletsymondsyat.co.uk /...