Where is hot in November? Top 2021 winter sun holiday destinations

Escape to Mauritius – or any of these November winter sun hotspots (Picture: Getty)

As things get frosty throughout November, you can’t be blamed for seeking a bit of sun.

Catching some golden rays on a white sandy beach somewhere far, far away? Sounds like music to our ears.

An action-packed adventure itinerary, completed glowing of sunshine would also be a dream come true.

With travel now more open than it has been for quite some time, it’s not totally impossible to think a winter sun-focused November getaway could be on the cards.

So, where are the hottest and best weather-friendly destinations for this chilly month?

Let’s take a look at a few options around the globe.

Where is hot in November? 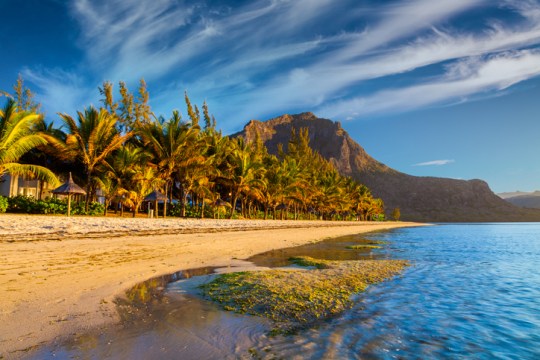 In the Indian Ocean, you’ll find the East African country of Mauritius – up there with The Seychelles and Maldives as one of the world’s most famous and beautiful island destinations.

Glistening beaches, reefs to snorkel and oceans to swim in make Mauritius an excellent option for those who prefer to sunbathe all day. Evenings are warm at 20°C, so you won’t need to wrap up too much to enjoy the nighttime.

For the active traveller, Mauritius has lots to offer, too. Here, you can do just about every water sport under the sun, hike through rainforests, climb mountains and discover wildlife.

It can be pricey, but here’s how to see Mauritius without breaking the bank. 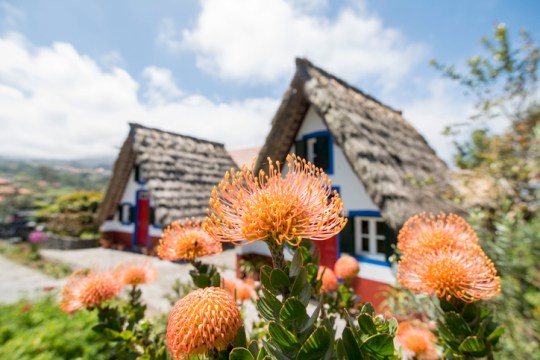 An autonomous region of Portugal, you’ll find Madeira is significantly warmer in November than much of Europe – as it’s located just off the northern coast of Africa.

The weather’s not scorching – a lovely 21°C as an average high, getting cooler at night towards the 13°C mark. But for the shorter flight time, and the amount of options for your trip, you can’t really go wrong.

Funchal, the capital, is a quirky city, while the northern reaches of the island are where to go for wild nature-packed adventures. Wherever you go, expect to see coast – and drink lots of wine (there are plenty of vineyards). 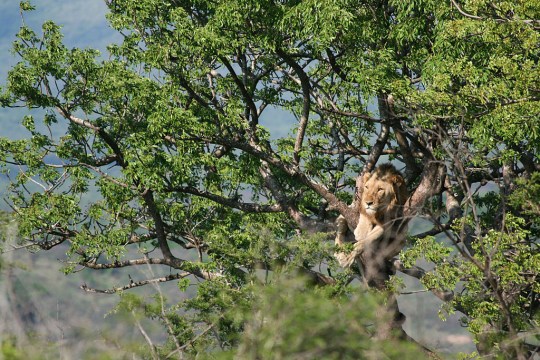 It’s the very start of summer, with (mostly) clear weather, quiet beaches and fewer tourists all clamouring to go on safari before the peak season begins.

Your options for where to go in South Africa are vast. There’s Cape Town, which has lovely weather in November, and then the big national parks for safari: Kruger National Park perhaps being the best known.

You could go off-the-beaten-path to the Northern Cape, or the eastern region of KwaZulu-Natal, which is also a great destination for wildlife lovers.

There, you’ll also find the city of Durban – which is known for its Golden Mile beach. 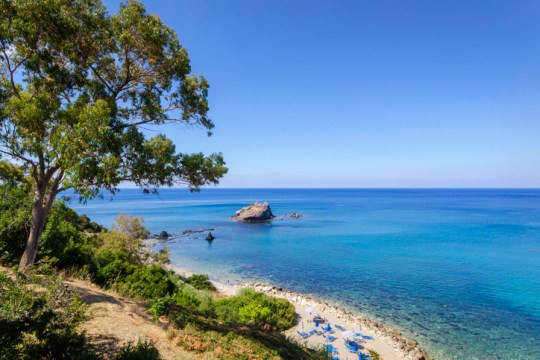 Usually a scorching summer destination for us Brits (even getting into the 40ºC range on occasion), Cyprus is a great choice for winter sun with minimal flight time.

Temperatures can reach around 22ºC as an average high, maybe pushing up a bit higher if you’re lucky.

Uber-popular Paphos will be this warm in November, so you can spend all day lazing on the sun lounger or by the glorious beaches – before a slightly chillier evening kicks in. 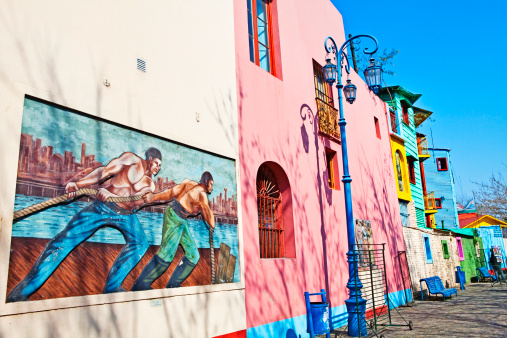 Sunny South America couldn’t be any further away from cold, damp England – and Argentina is now reopening to vaccinated travellers who meet their lengthy entry requirements.

You’ll have to pay for it though, with a stop-over flight taking a minimum of 17 hours, unless you can catch the only direct flight from the UK to Buenos Aires leaving from London Heathrow.

Hopefully, it’ll be worth it. The bustling capital is full of interesting neighbourhoods, art museums and noteworthy architecture, which are so much better enjoyed when the weather’s nice. Of course, it could also be your gateway into a much longer, more extensive trip. 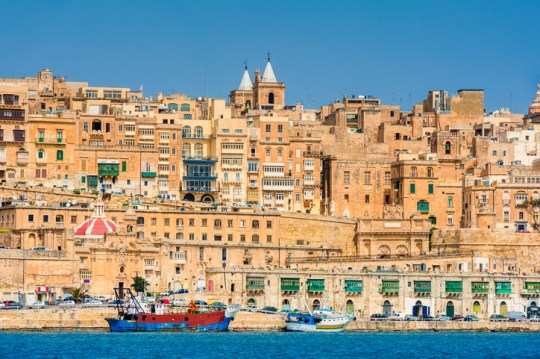 The capital of Malta is the city of Valletta (Picture: Getty)

The easiest flight time on our list belongs to Mediterranean gem Malta.

At this time of year, the sea is still pretty warm, so get yourself on that beach ASAP – consider the coastal towns of Sliema and St Julian’s for that resort feel.

Don’t skip on the other islands of Malta, though: Gozo and the petite Cosimo. And if you can, spend a few days in the stunning capital, Valletta, which has been a filming location for everything from Game Of Thrones to the new Jurassic World. 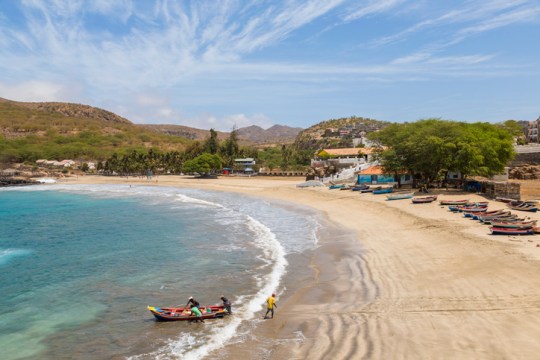 Cape Verde is a small archipelago country in Africa – and is the perfect winter sun destination. With a gorgeous average high temperature, you’ll feel like you’re away at the peak of UK summer.

Beach resort Boa Vista is popular, while the off-shore island of Sal is known for its history in salt trading, kitesurfing opportunities and being the home of many sea turtles.

Meanwhile, the capital, Praia, is on the largest island, Santiago. It’s home to two very well-known beaches: Praínha and Quebra Canela – but it’s not all simply sea and sand.

Expect to see vibrant towns, mountains and the UNESCO-listed old capital Cidade Velha (the oldest part of Santiago island) – on your trip, too. 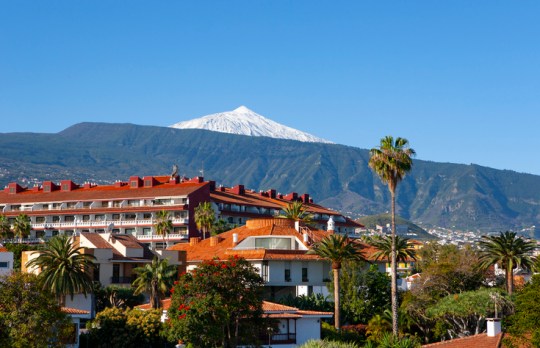 Santa Cruz province of Tenerife, with Mount Teide in the background (Picture: Getty)

The Canary Islands are beloved as a winter sun destination – so Tenerife’s inclusion on this list is no surprise.

Santa Cruz de Tenerife is the major city on the island, and there you can find the Mercado de Nuestra Senora de Africa – a traditional, local food market dating back to the 1940s. 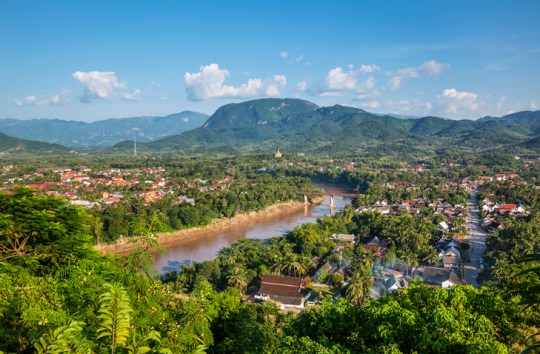 If 2021 is still feeling a bit uncertain for you, here are some great destinations you can consider for next year.

Time to get saving!

This South-East Asian country has so much to offer – and is particularly sunny and rain-free towards the back end of the year.

Unfortunately, travel restrictions mean few Brits can get visas and there’s a 14-day quarantine still in place – so maybe one for 2022 or beyond.

Opt for the capital Vientiane, or the popular city of Luang Prabang. Expect temples to explore, bridges, markets, architecture, great food – and views along the famous Mekong River.

However, Laos is landlocked – so no beaches here. If you’re after beaches and islands, you may want to consider switching to (or combining your trip with) neighbouring countries Vietnam and Cambodia – also good weather picks for November.

Here’s everything you need to know about Laotian cuisine 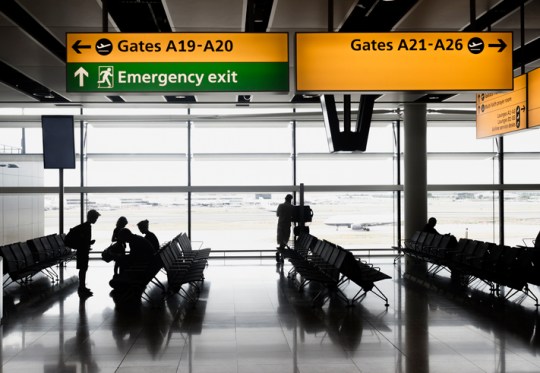 Is there anything you need to consider before you travel in 2021? (Picture: Getty)

More winter sun destinations – and when to visit them

Consider a winter sun holiday later this year, or in early 2022, instead. You could be jetting off in January, or enjoying the sunny climes of Abu Dhabi in February.

To kick off the New Year in St Lucia, Antigua and Barbuda or Thailand, see the (literal) hottest destinations for January.

And last but not least, here’s where to find the sun in February on a romantic Valentine’s Day trip.

Know this before you go

While travel has recently opened up and its seems like Covid travel restrictions are a thing of the past – keep in mind that things could change at any time.

All the destinations on this list are visitable at the time of writing – but you should know that countries can be added to a ‘red list’ or ‘no-go list’ at at short notice. If a country goes red while you’re already there, you’ll be subject to new quarantine rules.

Individual countries could also change whether or not they’re willing to allow Brits in – so that’s worth keeping in mind, too. It’s wise to keep a close eye on the country’s individual entry requirements – and to make sure you have top-tier travel insurance for your trip.